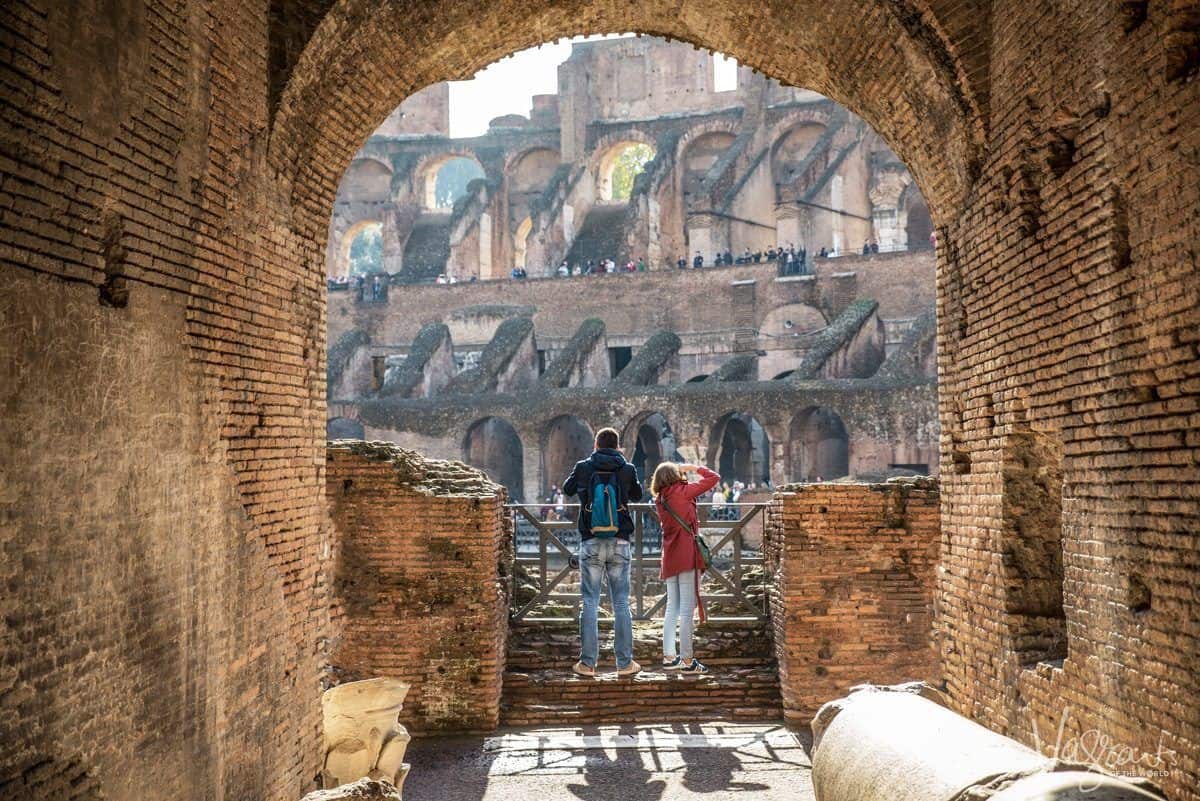 Rome packs in more sights and attractions than any other city in Europe.

The city has an endless collection of ancient ruins, historical monuments and UNESCO World Heritage sites. Then there is Rome – the city. A heady mix of antique and cosmopolitan, romance, hustle, glitz, and grit. Rome is nothing short of overwhelming.

We have partnered with Expedia.ca to give you a complete travel guide to Rome including, where to stay in Rome, how to get around, and a fabulous 3 day Rome itinerary with an optional 4th day that will ensure you see the best attractions the Eternal City has to offer.

Getting To and From Rome Airport

From Termini Station, you can take the local Metro system which is very easy to navigate or take a taxi outside the station. Make sure it is a registered white metered taxi.

Taxi From the Airport

Take a white, metered city taxi. The fare is fixed as set by the city of Rome based on one way for up to four passengers with luggage.

Private transfer services cost the same fixed price as a taxi except it is prepaid on booking and the driver will be at arrivals to greet you.

A shuttle is the cheapest way to travel from either airport.

Where to Stay in Rome

Choosing where to stay in Rome can be difficult. With 22 different districts, each made up of several neighbourhoods, each with a different atmosphere and price tag.

Expedia offers great hotel options in and around Rome for all budgets and styles.

If you are short on time, the historic centre is perfect for on your doorstep access to all major attractions such as Piazza Navona, the Pantheon, the Trevi Fountain, and Spanish Steps. It is crowded and expensive but very convenient, especially for first-time visitors.

If you want to be centrally located but a little bit away from the crowds with a charming old town atmosphere, stay in the Jewish Quarter.

Not far from Centro Storico, the old Jewish Ghetto is filled with beautifully crooked streets running from Piazza Venezia to the Tiber River. A renown culinary district, it is perfect for those who want an authentic Roman experience and a fantastic gastronomic encounter.

Tridente and Via Veneto

Tridente is one of the most upscale areas of Rome and still technically part of the historical centre. Close to the Spanish Steps, you’ll find 4 & 5-star boutique hotels and high-end shopping.

Nearby Via Veneto was the place to stay in the 50s and 60s for politicians, film stars, and paparazzi. While it has lost some of its former pizzaz, you’ll still find elegant hotels and classy restaurants.

Considered hip, lively, slightly bohemian and even a little offbeat, Trastevere is one of the most visited and popular districts in Rome. Exciting nightlife, great restaurants and a charming character in a tangle of quaint streets.

On the other side of the Tiber River, Trastevere is one of Romes most atmospheric neighbourhoods.

Know Where to Eat in Rome’s Trastevere Neighborhood

The advantage of staying near Rome’s Termini station is convenience and cost. With access to all central public transport systems, it makes getting around Rome a breeze for those who don’t like to walk. You’ll find lots of low-cost hotels and B&B’s which makes it perfect for the budget traveller and offers ease of access to the airport.

It is also Rome’s multicultural area so you’ll find lots of hawkers, ethnic shops and eating options from all over the world, including a Chinese style market.

If you want to divide your time between Rome and Vatican City, the Prati district to the east of St Peter’s Cathedral is a refreshing change to the touristy Borgo district. You’ll also find very reasonable hotel prices and be well-positioned for those early starts when visiting the Vatican.

Looking for an authentic Roman neighbourhood experience, you’ll find it in Monti. Once the red light district of Rome, you’ll now find traditional Ma and Pa trattorias and local boutiques, great for unique Italian clothes shopping. It also has some of Romes most beautiful churches.

Not far from Monti, the residential neighbourhood of Celio lays claim to the Colosseum at its heart. An area that is slightly crazy with tourists during the day offers some of the best views of Rome by night – The Colosseum and Roman Forum.

Neither Monti or Celio has many hotels which add to the authentic suburban feel. These are the places to stay if you’re big into Roman ruins and want an authentic neighbourhood vibe.

If you want museums, fancy restaurants, art galleries, a tranquil atmosphere filled with enormous green spaces and clean, tree-lined avenues; Flaminio or Parioli are for you. Rub shoulders with Romes upper echelon in this high end residential area close to the Villa Borghese.

When choosing the best place to stay in Rome and comparing rates, make sure you factor the Tourist Accommodation Tax. The tax is calculated by the star rating of the hotel for up to 10 nights.

Related: Backpacking in Italy? You Need These Italy Travel Tips 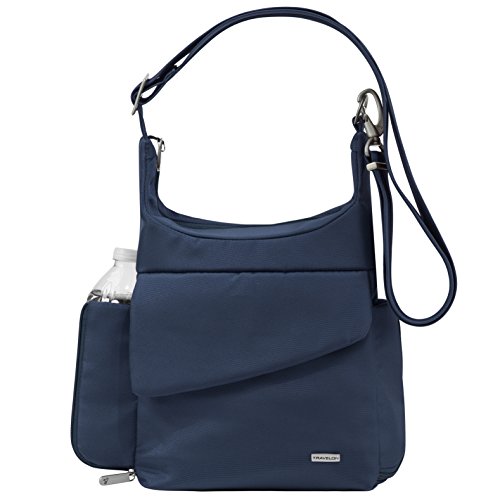 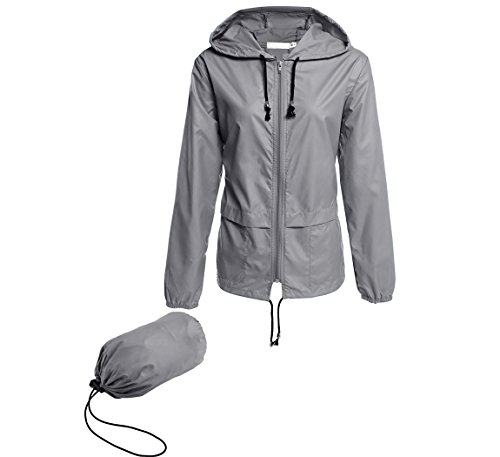 If visiting Rome over a weekend, we recommend planning your visit to Vatican City over two days for the best experience and include the Vatican Gardens and the Villas of Castel Gandolfo – the Apostolic Palace 24 km from Rome.

Take a Vatican Full Day by Train Tour. Included are a visit to the Vatican Museum, Sistine Chapel, a tour of the Vatican Gardens and the Villas of Castel Gandolfo, 24 km from Rome.

Every Saturday, a modern electric train connects Vatican City station with the Pontifical Villas in the city of Castel Gandolfo.

The tour starts at 8 AM finishing at Roma San Pietro station just after 6 PM.

Open to the public since 2014; it had served for centuries as the summer residence and vacation retreat for the pope.

Over the centuries, each pope has left his mark on the papal palace or had his own affinity with it.

Besides the Papal Apartment, five hundred years of papal history are on display including paintings, photographs, relics, liturgical vestments, and other curiosities. You can see the sedan chair of Pope Pius IX, Popemobiles over the ages and even the BMW used by Pope Wojtyla during his summer stays.

Opening Hours of the Apostolic Palace

If visiting outside of an official tour, opening hours vary for an individual visit. Check the official Vatican Calendar here for times.

Tickets for the Apostolic Palace

If visiting outside of a tour, entry to the Papal Apartment is €11.

For the first time, visitors can also visit the extraordinary grounds of the papal gardens – The Giardini di Villa Barberini section of the 55-hectare property.

Tours of the Giardini di Villa Barberini are as part of a guided tour booked in advance through the Vatican Museums website.

The only time you may visit on your own is on Saturday mornings at 10.30 AM. The cost of the tour is €26 and is only in Italian.

How to get to the Castel Gandolfo Gardens Independently

If you wish to travel to Castel Gandolfo on your own, trains leave Rome Termini station for the village of Castel Gandolfo every hour.
The journey takes 40 minutes and costs €2.10.

Got more time to spend in Rome?

In just over an hour and twenty minutes by train, you can travel from Rome to Florence.  A Florence day trip from Rome makes a fantastic extension to your Rome itinerary without the hassle of having to change hotels.

Via Veneto & Via del Corso

Looking for the best places to shop in Rome, head to Via Veneto and Via del Corso.

Via Veneto is one of the most expensive and elegant streets in Rome. Immortalised in Fellini’s La Dolce Vita, Via Veneto has attracted a jet-set crowd since the 50s’.  Along with some famous hotels, restaurants, and bars, you’ll find a great range of shopping options from antiques, vintage to high-end designer stores.

While not as famous Via Veneto, Via del Corso offers a large array of shopping options from international stores to boutique and designer brands.

Make sure you seek out the beautiful Galleria Sciarra. Only a few steps from the Trevi Fountain and the Via del Corso, the largely unknown, hidden courtyard is a feast of Art Nouveau. Gorgeous frescoes in brilliant colours painted by Giuseppe Cellini is a celebration of women in the various phases of life.

Built in the late 19th century for the wealthy Sciarra family, the opulent courtyard was meant to be a shopping mall.
Had it come to fruition, it would have been the most beautiful in Rome.

Rome is packed with scammers, fraudsters and pickpockets. Be diligent with your belongings at all times, especially in crowded tourist areas – even in St Peter’s Basilica.

Do not accept any “gift” from strangers such as a flower, crafts, even handbags. Don’t even handle them no matter how much the well-meaning person forces it on you. You will be harassed to pay for merely touching the “gift”.

For us, travel insurance is the first thing we buy as soon as we book a trip. Aside from possible cancellations, we like to know we are covered for lost items and theft but especially in medical emergencies.

We love that you can buy and claim online, even after you’ve left home. Perfect if you need to extend your coverage while you’re still travelling. Travel insurance from WorldNomads.com is available to people from 140 countries with cover for overseas medical, evacuation, baggage and a range of adventure sports and activities.
Get a Free Quote From World Nomads Travel Insurance.

10 Travel Safety Tips to Put in Place Before You Go.
Next Post: Best Portable Exercise Equipment for Travel

Welcome To Vagrants Of The World Travel

Inspiration and ideas for lovers of travel, through slow travel, iconic journeys, and boutique holiday experiences.