Europe boasts some of the most scenic countries in the world. With so many unforgettable and iconic rail routes, train travel has always been a wonderful way to see Europe.

Train travel in Europe offers a more immersive and relaxing experience than hustling through airports on low-cost flights. It allows the traveller time to see more of the continent and reignites the old school adventure and romance of travel. There’s never been a better time to consider scenic rail holidays in Europe. 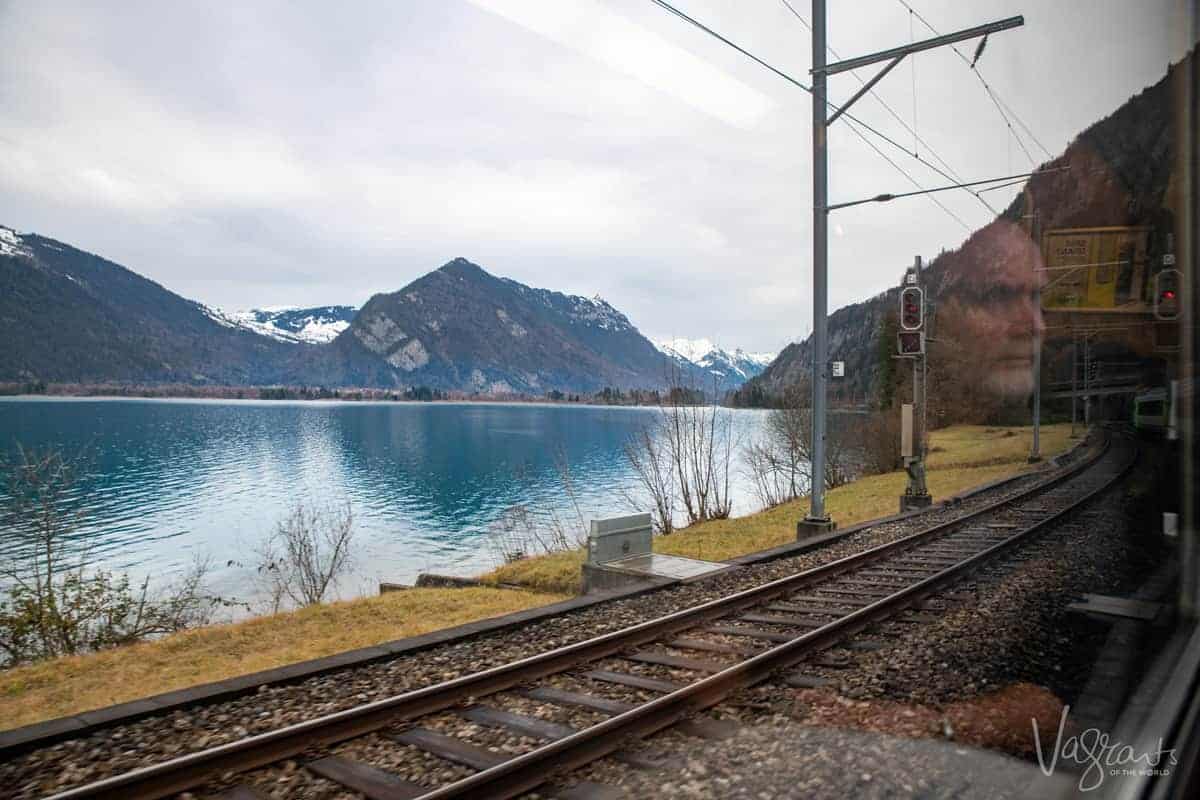 With the reintroduction of overnight sleeper routes and a push to reduce the cost of train travel in Europe, train travel is set to make a resurgence.

These are some of the most iconic and scenic train routes in Europe. 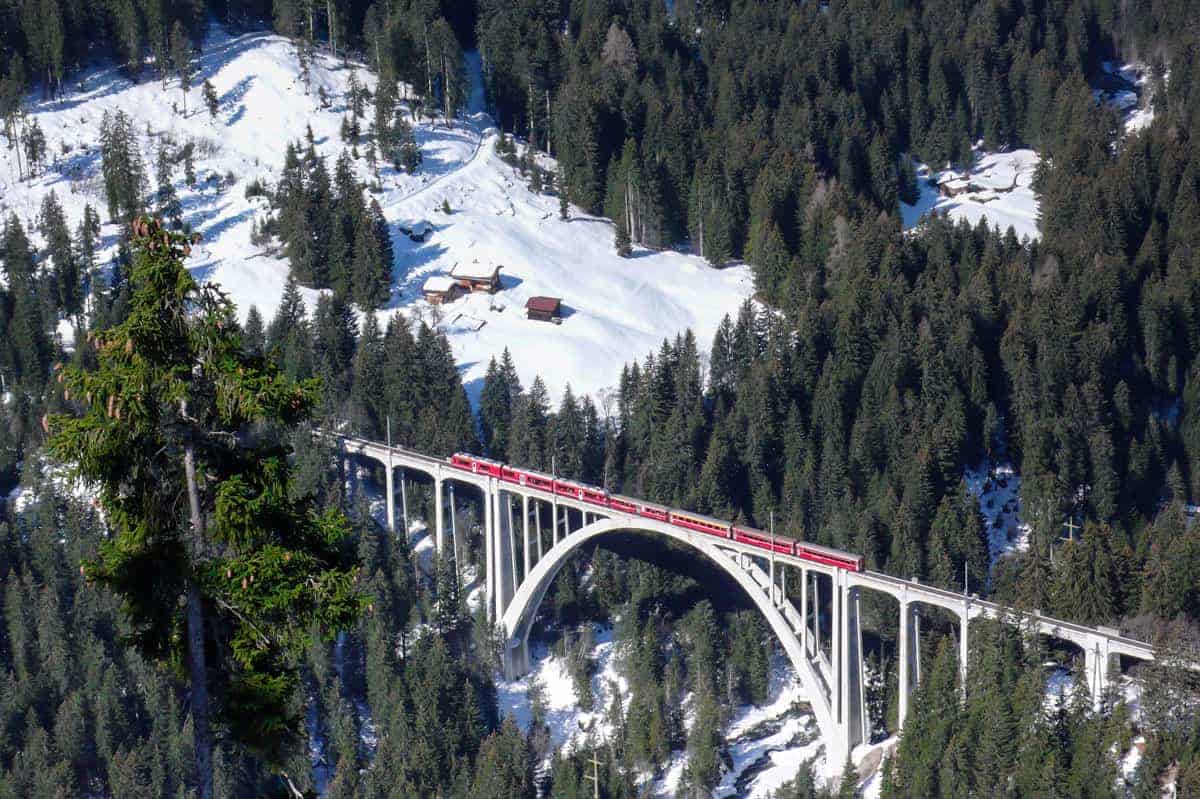 Switzerland lays claim to some of the most famous and scenic rail routes in the world. The world-famous Glacier Express offers Switzerland’s most striking alpine landscapes.

Travel 300 km in the shadow of the Matterhorn between Zermatt and the glamorous St Moritz in a panoramic glass roof train for one of the most iconic and beautiful train journeys in the world. A spectacular train journey no matter the season. 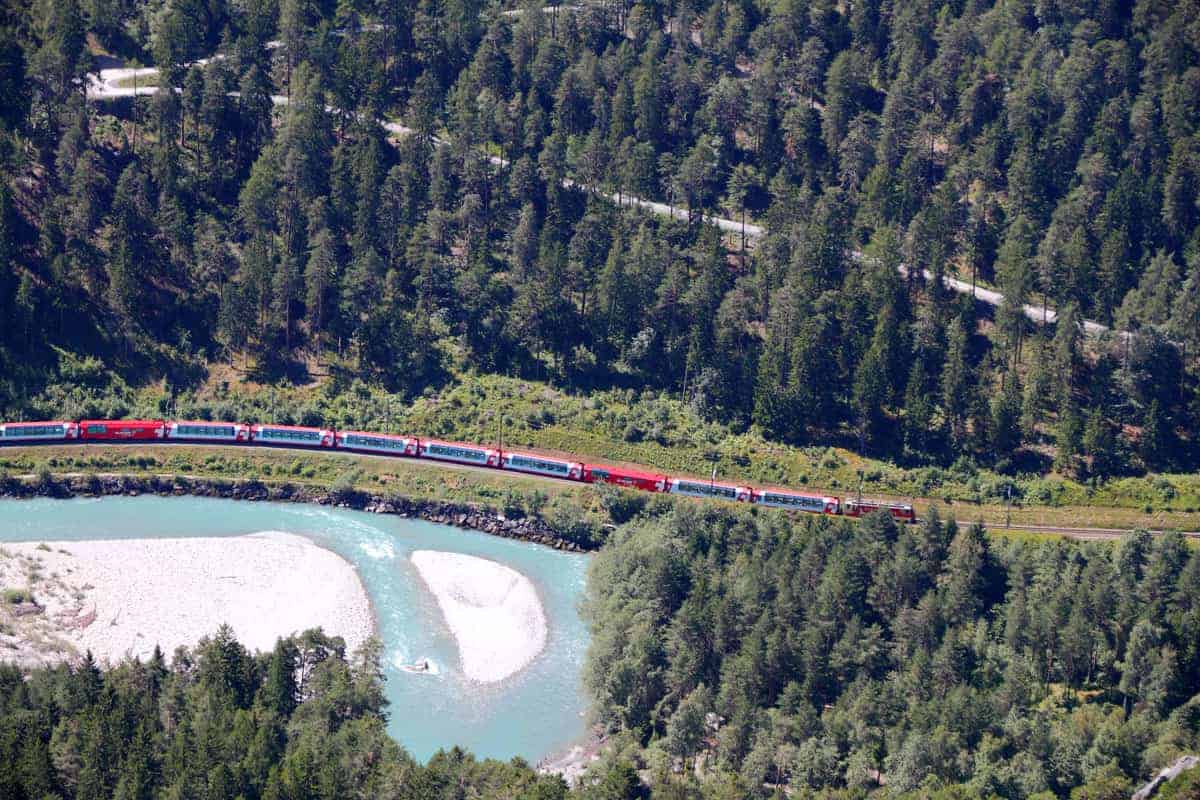 2. The Bosphorus Express |Bucharest to Istanbul

What better way to arrive in Istanbul, a city famous for its blend of eastern and western splendour than by train. Reviving part of the historic Orient Express route, the Bosphorus Express (also known as the Trans Balkan Express) connects Bucharest Romania with Istanbul Turkey.

Travel through the incredible Romanian and Bulgarian countryside before crossing into Istanbul on the final stretch of the iconic Orient Express route. 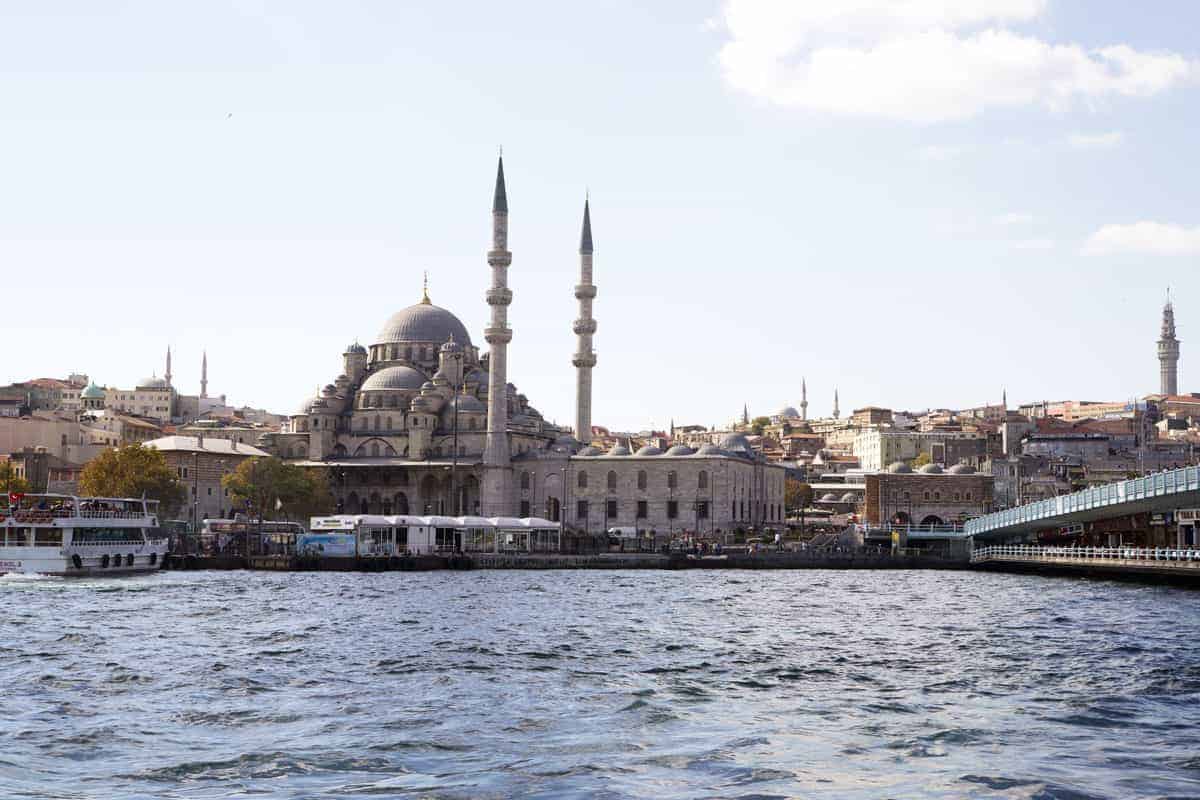 3. The Bernina Express |Switzerland to Italy

A rail route with world heritage status, the short four-hour journey from Chur Switzerland to Tirano Italy is without a doubt one of the most beautiful train journeys in the world.

The classic red narrow-gauge train snakes through the Swiss Engadin Alps through the famed St Moritz, finishing in Tirano Italy.

Whether covered in snow in the winter or lush green meadows in spring, the mountain vistas are glorious in any season. 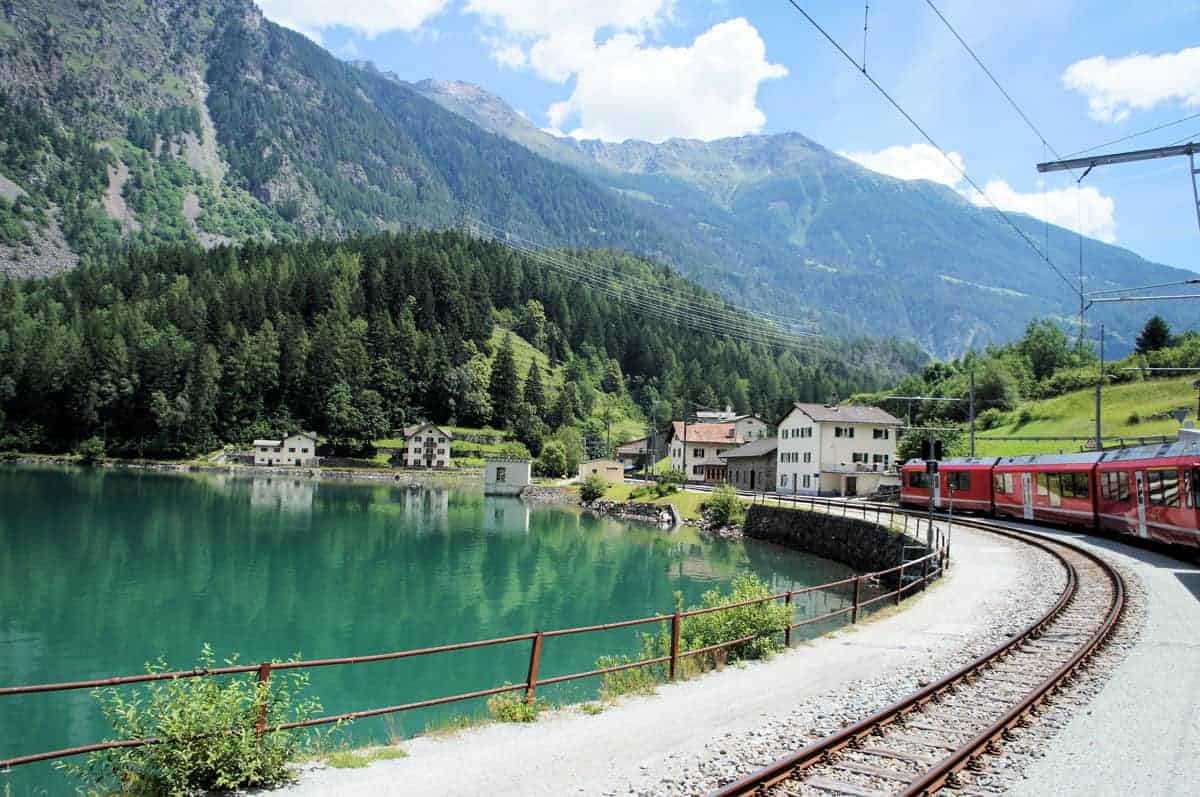 Lush rolling countryside dotted with iconic terracotta red roofs. Splashes of purple lavender fields in season, quaint Croatian towns and fortified castles will keep you glued to your window on this charming journey between two of Croatia’s most popular cities.

Once you arrive in Split, it is an easy jump from the train to catch the ferry to Croatia’s stunning Dalmatian Islands. 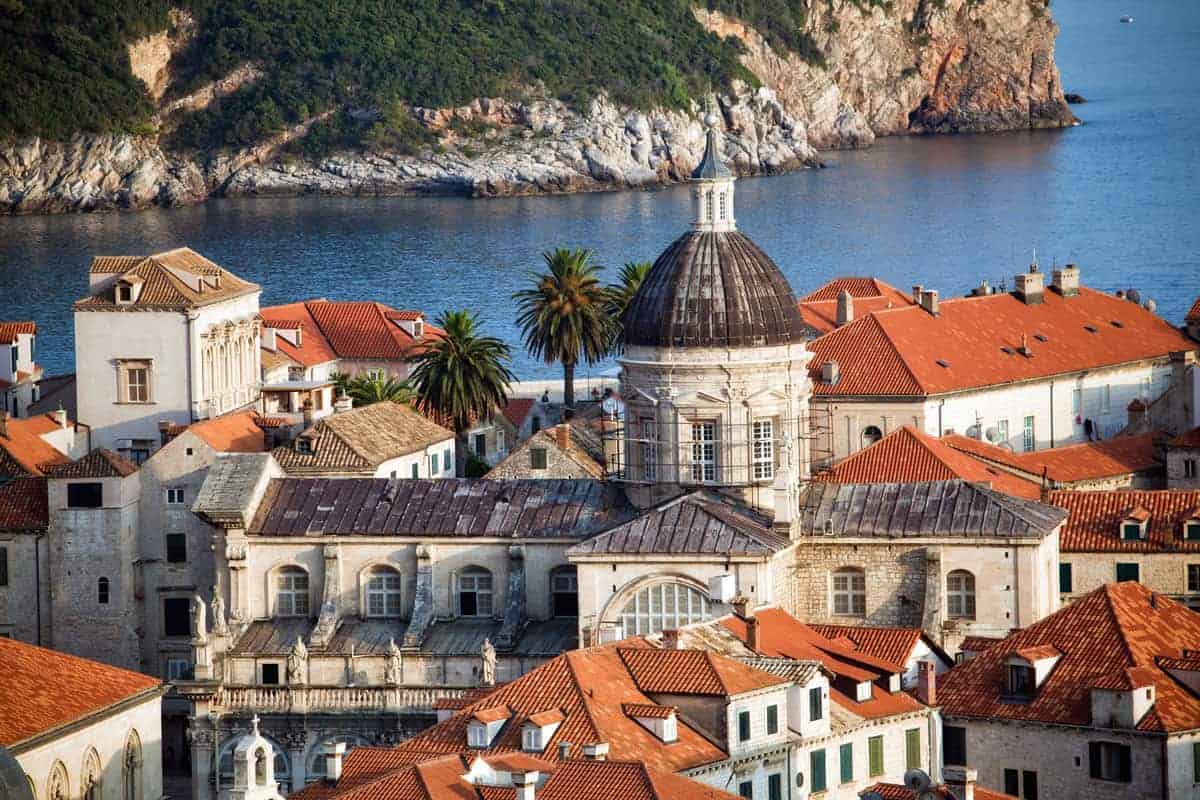 The Arlberg Railway is Austria’s only east-west rail connection which connects Innsbruck and Bludenz. The mountain railway is one of the highest standard-gauge railways in Europe, the second-highest in Austria.

While being one of the steepest passenger lines in Europe is thrilling enough, the train takes you through some of the most beautiful towns in the Tyrol region, and stunning alpine scenery dotted with impressive castles, fortifications and viaducts. 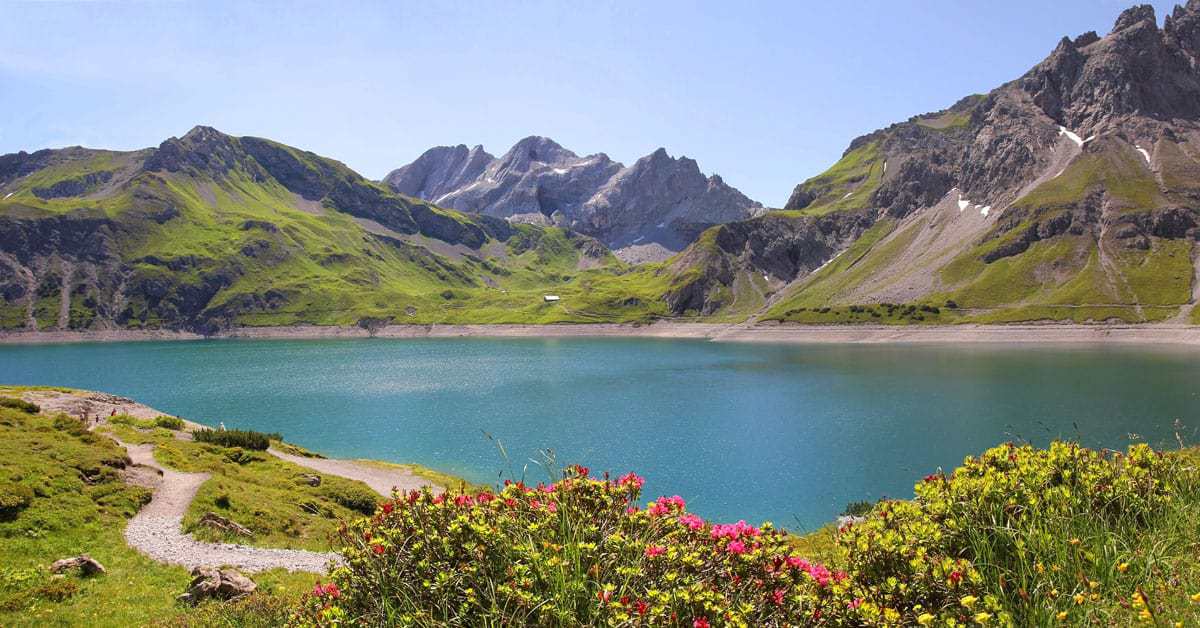 6. The Bergensbanen |Norway, Bergen to Oslo

Northern Europe’s highest railway, the Bergen Railway from Oslo to Bergen travels through some of the most beautiful landscapes in Norway.

An engineering marvel, the rail line passes through 180 tunnels and has 22 stops. You’ll be treated to vistas of Norway’s low-lying forests and lakes as it snakes towards the stunning mountain landscapes at the highest point – Finse Station, approx. 1222 meters above sea level.

The Oslo to Bergen line operates all year round so offers seasonal beauty no matter what time of year you chose. 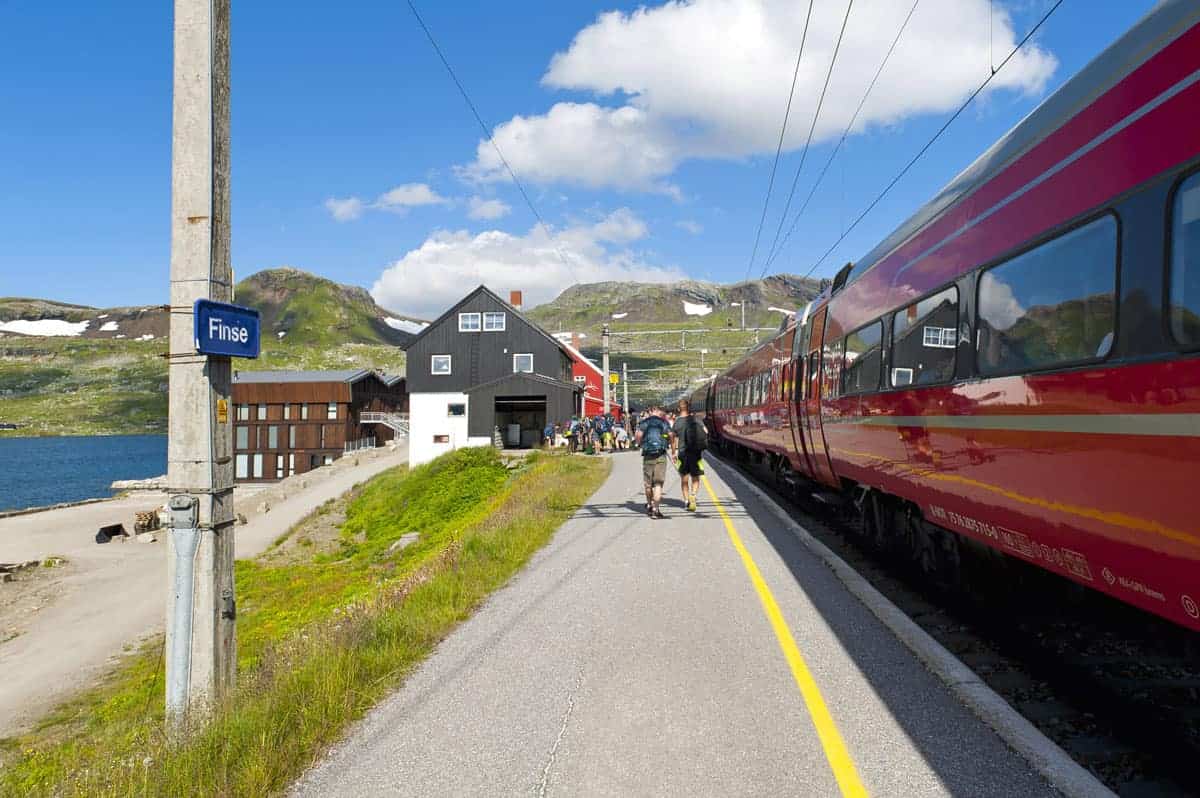 At only 63 km long, this charming rail journey will take you through the heights of the Pyrenees – Orientales to the Bolquère-Eyne station, which sits at 1592m above sea level, and across the Pont Gisclard, a railway suspension bridge as it has done for over a century.

Travelling at only 30 km/hour; on a clear day, it is possible to enjoy the beauty of the Pyrenees from the open-air wagon carriage. 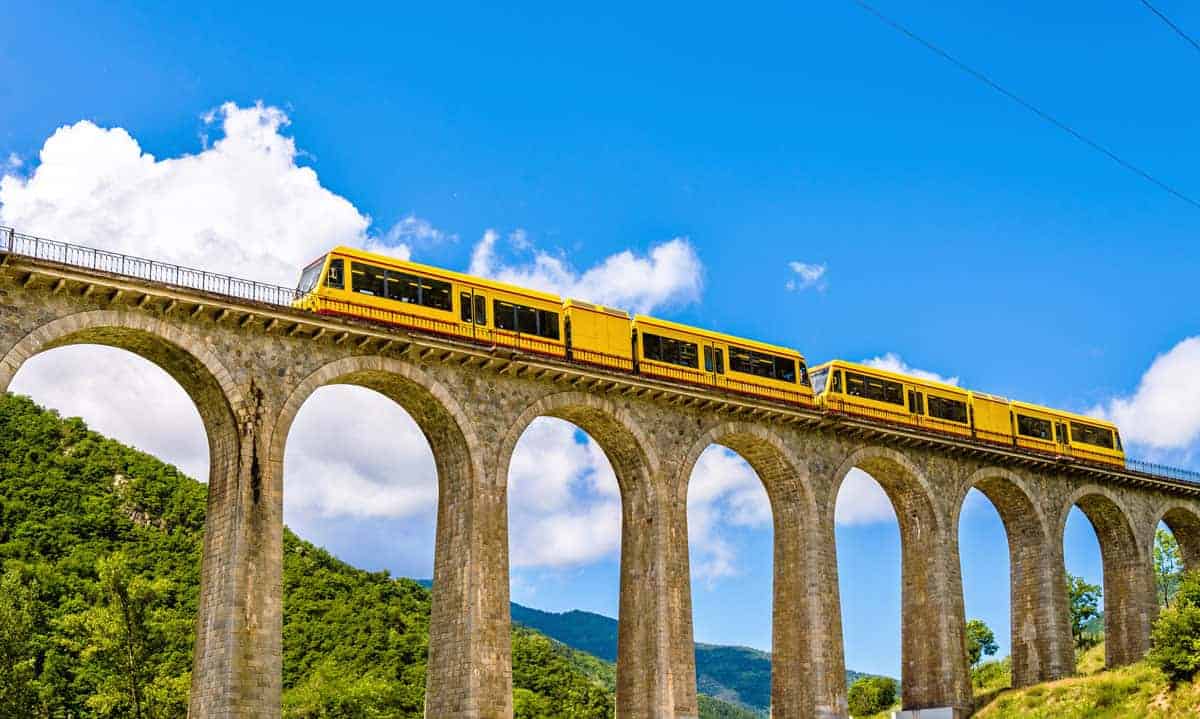 When travelling between north and south Germany, you can take the high-speed train or, include the original scenic route along the picturesque Rhine Valley.

The West Rhine Valley route which includes the delightful towns of Koblenz and Mainz is only a short journey but one filled with landscapes of fairytale castles and Germany’s impressively steep riverside vineyards. 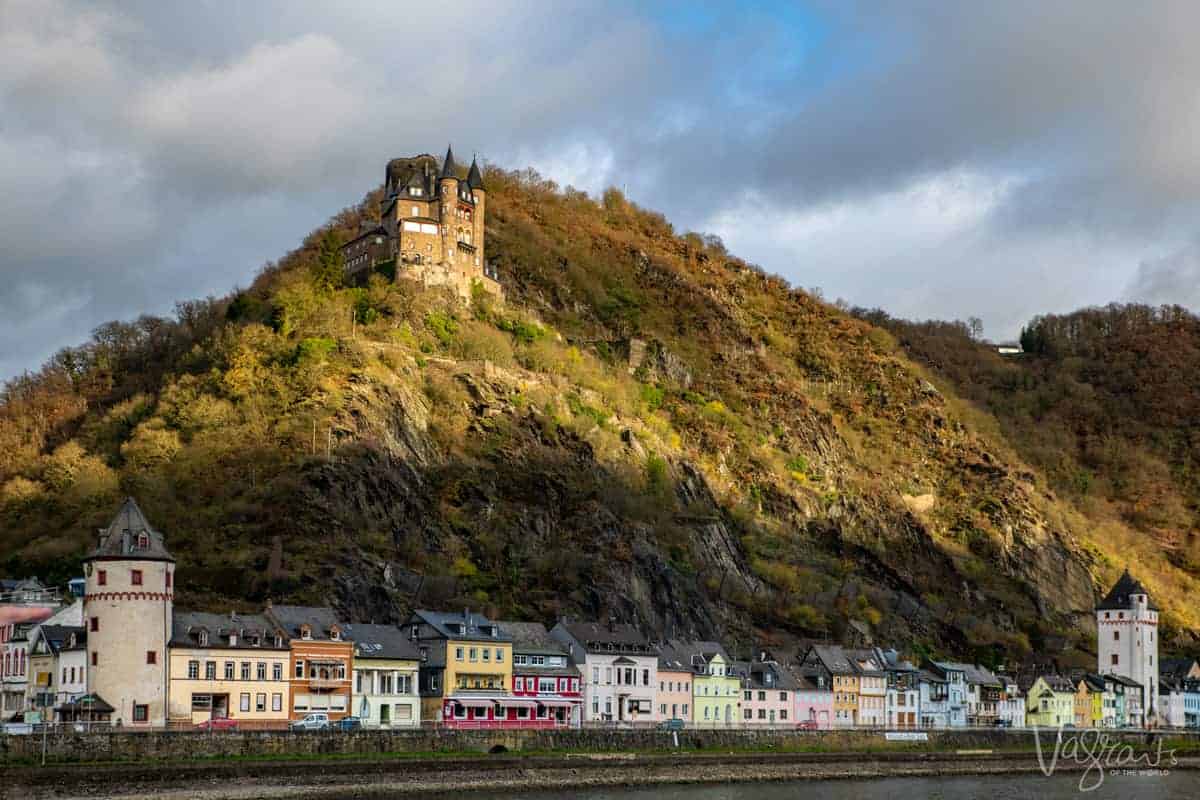 The Golden Pass Scenic Route which takes you from picturesque Lucerne to Montreux is one of the most popular scenic train routes in Europe.

Travelling in panoramic cars that allow for unobstructed views of the countryside and Swiss Alps, you’ll see the Brünig Pass, some of Switzerland’s most magnificent lakes and beautiful alpine villages and cities. Read our guide to the Golden Pass Line here. 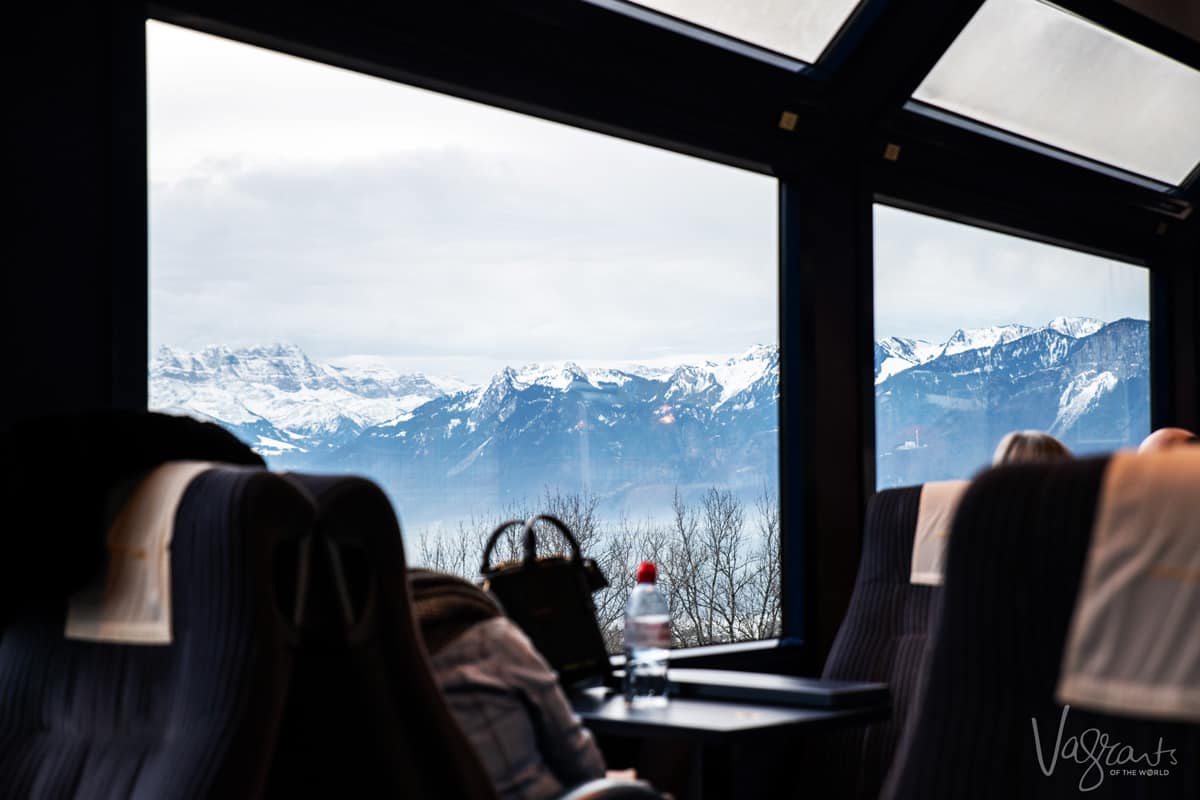 Discover one of Europe’s most pristine wilderness regions on the inland train that takes you into the Arctic Circle of Swedish Lapland.

Travel from Kristinehamn in the south to Gallivare above the Arctic Circle. Along the 1,288-kilometre railway line, you will have the opportunity to spot elk, moose and reindeer in the dense pine, spruce and birch forests as you head into the startlingly beautiful land of the midnight sun. 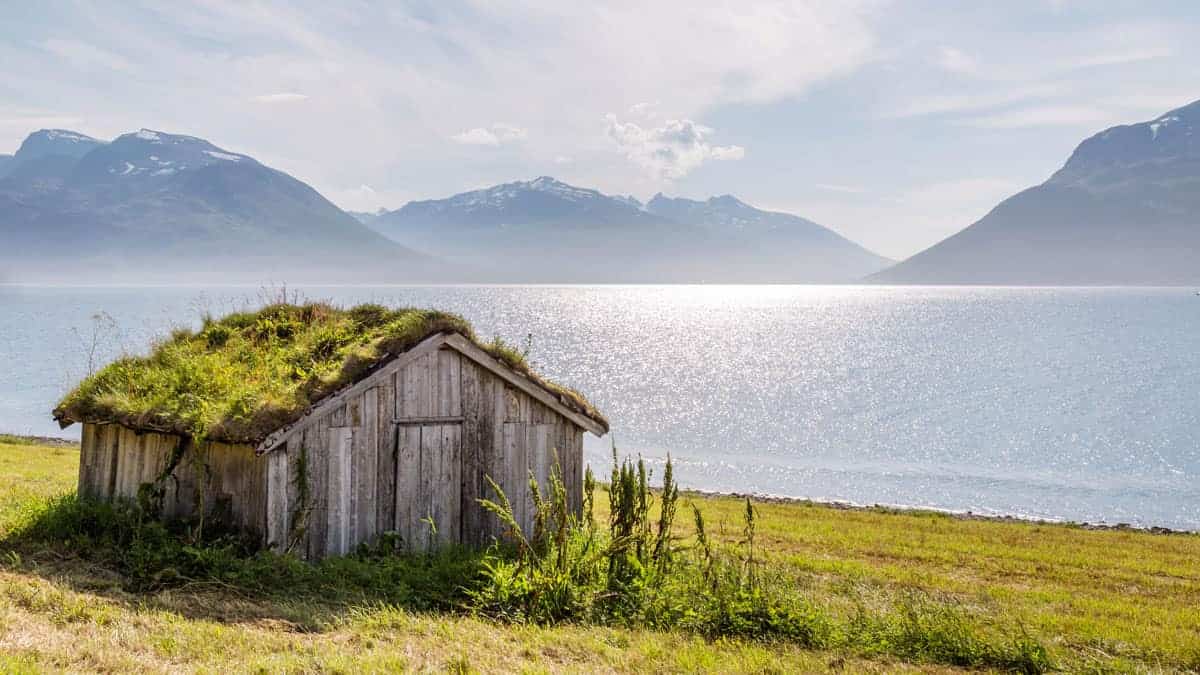 Europe is overflowing with outstanding destinations and scenic train routes. Train travel gives you the opportunity to explore Europe’s most scenic destinations in a way air travel will never allow.

Incorporate one of these gorgeous railway routes on your next trip and discover a different side of Europe. 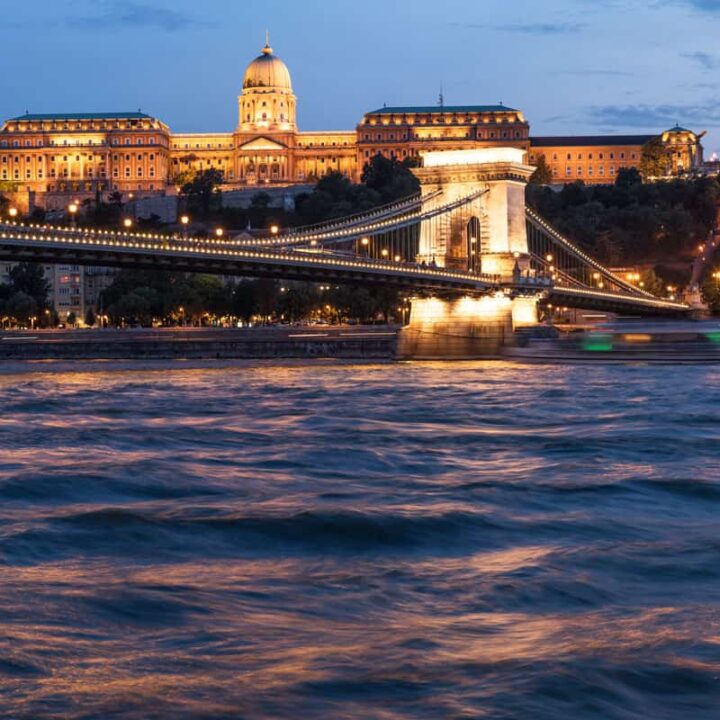 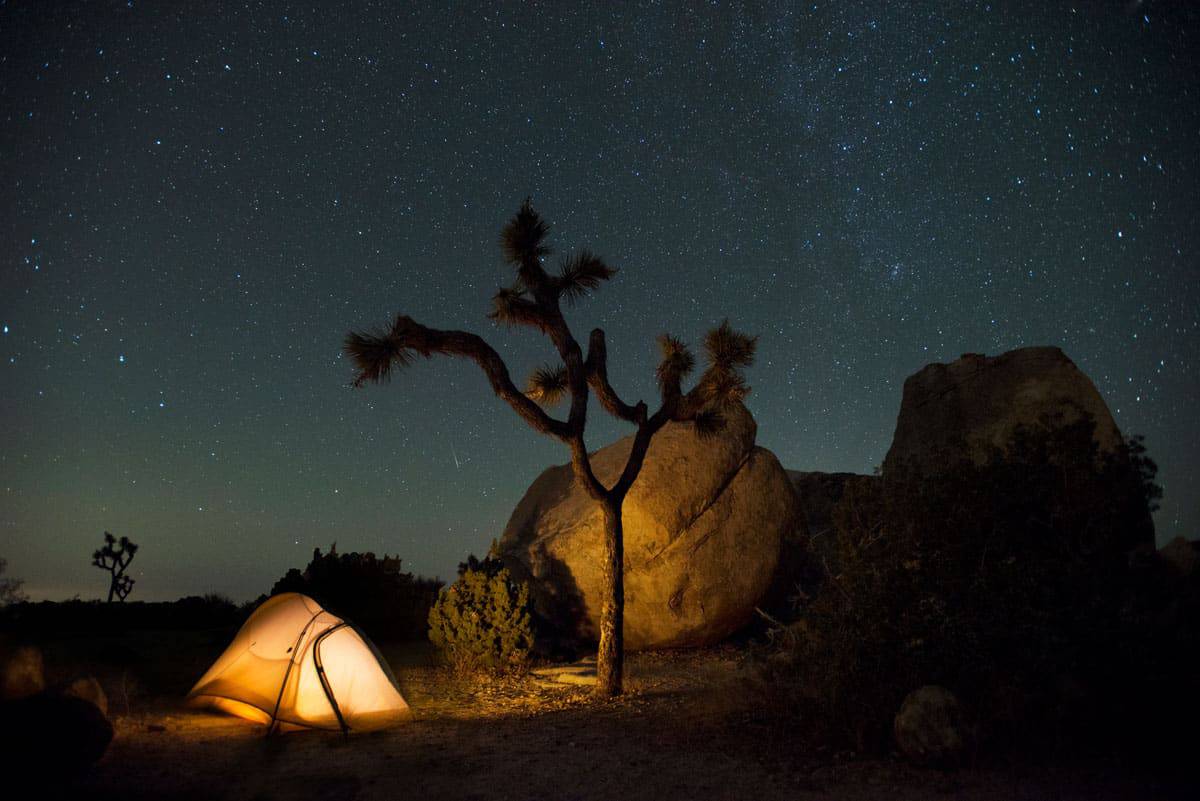 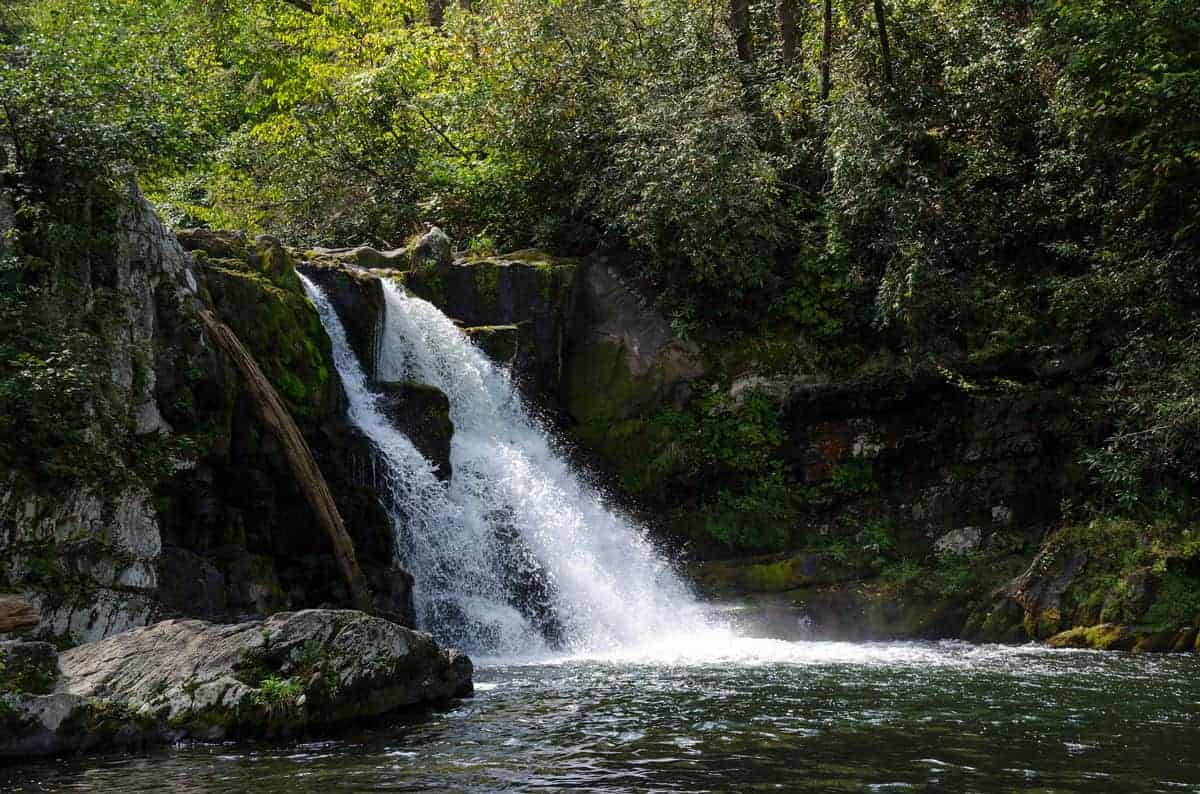 Next
5 Hikes Near Nashville For Outdoor Enthusiasts
Comments are closed.