Best Parks in the World for a Green Urban Escape

Whether you live in a city or are visiting one of the world’s great city centres, we all need an escape from the city crowds once in a while.

Some of the world’s most famous and frantic cities lay claim to some of the best parks in the world. More than just city parks; urban spaces where you can take a break to reconnect with nature or simply find some quiet time away from the crowds.

From Berlin and Tokyo to New York and Bangkok, these are the best city parks located across the globe. Green retreats that allow you to enjoy a bit of nature and a breath of fresh air in an otherwise busy metropolis.

Best Parks in the World

Lumpini Park is the green lung of Bangkok and provides a much-needed escape from the restless heat and chaos of the Thai capital. The park was initially constructed in the 1920s on the royal grounds and is now one of the city’s premier recreational localities.

It is popular with morning and evening joggers and has some excellent facilities, including a library, gym and swimming pool. You can join the free outdoor aerobics or yoga sessions or catch one of the many performances held in the park, especially late Sunday afternoons when you can see a Jazz outfit or classical orchestra.

From a visitors perspective, one of the most captivating facets of the park is the giant Asian Water Monitor Lizards which roam freely – some up to three meters long.

Located on the Western side of Manhattan, the elevated park was constructed in 2009 on an old section of the New York Central Railroad. A must-see on any New York itinerary, the Highline is a fantastic reimagining and repurposing of public space in an overpopulated city. The High Line has proven to be an inspiration to architects all around the world.

The High Line runs for an impressive 2.3km along the disused section of railroad. It spans a significant part of lower Manhattan running from just below 14th Street to 34th Street – the majority of the line runs through the Meat Packing District and the fashionable Chelsea neighbourhood.

Enjoy the various gardens inspired by the self-seeded landscape that grew wild for 25 years after the trains stopped. See the public art installations and murals that line the length of the park or take part in one of the various events and programs on throughout the year from salsa dancing, to music and theatre performances. Or, grab yourself a New York-style picnic to go,  pull up a bench and enjoy the atmosphere of New Yorkers enjoying one of the world’s most innovative city parks.  You can find more information about the High Line, including High Line tours here.

You Might Also Like: Want more green escapes from the city? Try one of these 7 Day Trips from New York City for a Green Escape. Some are as close as a train or short ferry ride.

Hampstead Heath is a large ancient park known for its vast woodland areas, lakes and stunning vistas over central London. Covering over 800 acres, The Heath is known for its rambling topography and is popular with joggers, dog walkers and those looking for something a little more energetic. It’s also one of the few free things to do in London.

Parliament Hill has been the setting for many film scenes, and the views over London are simply stunning. On a clear day, you can spot a range of London landmarks including Big Ben, Tower 42 and the London Eye.

Inspiring artists such as Constable and CS Lewis (The Heath was the inspiration for the Chronicles of Narnia) Londoners have been escaping the city to the Heath for over 200 years.  More than just a place to get back to nature, enjoy a picnic or fly a kite. The Heath has a surprising number of pubs, restaurants, and cafes as well as swimming ponds for those brave enough to chance the London cold. You can find more information about visiting Hampstead Heath here.

Vancouver is one of Canada’s best cities, and downtown Vancouver boasts one of the world’s most stunning urban outdoor spaces, Stanley Park. For thousands of years, the area was used by the indigenous people. After colonisation, the park became home to non-indigenous settlers thanks to the abundant resources of the site.

Unlike many of the worlds best parks, Stanley Park was not the work of a city architect but rather a natural evolution of a forest and urban space over many years. Man-made attractions have been added to the park, such as the polar bear exhibit and aquarium as well as a miniature train.

Stanley Park has a fascinating history as a landing point for European colonists and is surrounded almost entirely by water, making it a truly unique park. Today the vast area is one of Vancouver’s premier leisure spots with a vast array of things to do from natural activities to arts, history and culture. You can find more information about Stanley Park here.

Covering 520 acres; the huge inner-city park is the third-largest urban area in Germany. Throughout the 17th and 18th Centuries, the Prussian King developed the park into a personal hunting ground. However, Frederick Wilhelm I’s son who was not a keen hunter decided to develop the park into a public space.

The focus of the park today is the Victory Column which was erected to celebrate the Prussian victory in the war with Denmark. The main thoroughfare through the centre of the park is the primary central road connecting East and West Berlin and links the districts of Mitte and Charlottenburg.

The extensive ground is ideal for bike riding, picnics and walking, and there are plenty of statues where you can learn a little about the history of Germany. See here for more information about Tiergarten including events in the park.

Park Güell is an incredibly unique public park on Carmel Hill in Barcelona comprised of gardens and architectural elements. It is a fantastic urban leisure area and one of Spain’s most popular tourist attractions. Designed by the famed architect Antonio Gaudi, the park emanates his distinct style.

Officially known as a municipal garden, the park consists of the Gaudi House Museum and several impressive mosaics which characterise the terraces in the park including the famous salamander mosaic.

Perched atop Camel Hill, one of many in Barcelona, the park offers impressive vistas across the city where you can kick back with a beer and take in the views under the Mediterranean sunshine. See here for more information on Park Güel including opening times and entry fees. Note, when planing your Barcelona itinerary, Park Güel is Barcelona’s second most popular attraction so will be very busy during peak seasons.

Tokyo’s most prominent park, Hibiya, is highly valued by the city. Originating as the feudal grounds during the shogunate followed as a military parade ground, in 1903, it became Japans first public Western-style park.

Following the Japanese love for flowers, topiaries and intricate beauty, the park has two main Western-style gardens with manicured lawns and carefully curated flower beds. Thousands of tall trees fill the park including a ginkgo tree estimated to be over 500 years old. Seasonal flower displays, notably the Morning Glory display in July and chrysanthemum displays in November are popular reasons to visit.

Hibiya is also known for its stunning outdoor concert venues which include two music halls. Keep an eye out for the charming gifts and souvenirs from around the world that dot the park. A block of gneiss from Antarctica, stone money from Yap Island, a statue of Remus and Romulus gifted by Italy in the 1930s, a Liberty Bell, donated by the United States in 1952, and a Viking stone epitaph are just a few on the interesting curios you can find.

The proximity of Hibiya Park to the business district provides a much-needed respite from the surrounding streets of busy Tokyo.

These are just a few of the world’s best city parks. What it does tell us, is that even in the most modern and hectic cities, the importance of green space for the public has never gone out of fashion.

It also reminds us, some of the world’s best parks can be a cities biggest attraction. They can tell us so much about a city, its culture and its history. 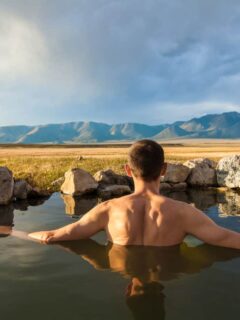 Next
Must Visit Natural Hot Springs in Mammoth Lakes