Best Things to do in Ghent Belgium

Discover some of the best things to do in Ghent and find out why those in the know rate Ghent above Belgium’s other popular tourist destinations.

Quick Guide to Things to do in Ghent

About Ghent – One of the Best Cities to Visit in Belgium

It has one of the most exciting culinary scenes in Europe and a calendar of festivals and events uniquely Ghent.

“Ghent is the best-kept secret in Europe“.

Visit Ghent and you will find a modern town of historic beauty ready to show you a good time. Not only is Ghent a true gem of Belgium, but it is also one one of Belgium’s most exciting cities.

Ghent sits at the centre of Brussels, Bruges and Antwerp approx. an hour from each city, Antwerp being the furthest from Ghent at 60 km.

Travel times by train to Ghent from each city varies from 40 min to less than an hour. Details on getting to Ghent by train at the end of the article.

Things to do in Ghent

Ghent is a city on a small town scale making it very accessible on foot. The city centre has been designed to be both pedestrian and bike friendly.

The main Ghent attractions are walking distance from one another, so walking or cycling is the best way to soak up the cities atmosphere and explore all her little gems.

Discover The Best Destinations in Europe in Autumn

A sprawl of cobble lanes spread from city squares revealing old merchant houses, monasteries and churches. Many have been repurposed into stylish boutiques, galleries, public spaces or low key restaurants and bars.

While strolling along the canals in the centre of Ghent, one quickly realises this is a city to rival Bruges’ popularity for beautiful canal side architecture.

If you ever had to choose; Ghent or Bruges? We would quickly recommend both. Although, expect a much more authentic experience in Ghent.

A walking tour of Ghent is by no means just a daytime activity. A walk through the city by night is one of the most rewarding things to do in Ghent.

The City of Ghent has put a lot of careful planning into how their city shines at night. The result; a carefully designed lighting plan by famous lighting designer Ronald Jéol.

To get the most of this carefully choreographed urban illumination, hit the streets of Ghent after dark on the Ghent Illuminated Walk. A self-guided city walking tour put together by The City of Ghent to enjoy the historic centre in all its illuminated glory.

The 2-hour night walk takes you past the cities best historic buildings and monuments; it is one of the most beautiful things to do in Ghent.

You can read more about the Ghent Illuminated Walk here.

Guided walking tours or, for the more energetic, jogging tours can be arranged at the Ghent Tourist Information Centre.

If you want to cycle and head further afield you can use the City of Gent’s cycling route planner and there are plenty of bike hire options in the city centre.

Visit Gravensteen Castle- The Castle of the Counts

Who doesn’t love a medieval castle smack in the middle of the city? The meticulously restored 12th-century Ghent castle comes complete with everything you want in an inner city medieval experience. A moat, turrets and even an exhibition of medieval torture devices. The castle also affords you a wonderful view back across the city.

Over the Christmas period, the castle is transformed into a wonderful winter wonderland and sets the stage for fairytale stories such as this year’s spin on Swan Lake.

Castle of the Counts Ghent Facts

Ghent’s Castle of the Counts is open every day except public holidays.

The Great Meat Hall or Butchers Hall dates back to the 15th century when by law, all meat sales had to be centralised to ensure freshness. This wonderful old building has a magnificent open trussed roof where hams still hang from the rafters to cure traditionally as they always have.

Careful where you step as the occasional drop of fat may drip from the ceiling.

At the end of the great hall, you will find the original small chapel which contains a 15th century painting depicting a church service. Today the hall has casual cafe style dining and sells local Flemish produce.

This is a wonderful place to stop for a snack and sample one of the many local beers.

The Great Meat Hall is open every day except Monday

Restaurants in Ghent are leading a culinary charge in Europe with a fresh and understated approach to high end dining. Ghent also lays claim to being the vegetarian capital of the world. Thursday is “veggie day” in Ghent, an environmental and health campaign started by Ghent City, an initiative that has been embraced wholeheartedly by locals and restaurants alike.

The Ultimate Guide to Vegan Travel in Europe

You will find a number of companies offering round-trip historic tours of the inland canals of Ghent City. This is a lovely way to see Ghent and to view some of Ghent’s biggest attractions from a different angle.

A 40 min guided round trip will take you past some of the best views and give you insight into the fascinating history of Ghent.

Boat tours start at around €8.50 pp for an hour tour or free with Ghent City Card. You can pre-book your canal tour here.

The Hop On Hop Off Water Tram offers a different way to do some Ghent sightseeing and is a very scenic way to visit Ghent, with six stops including:

The Water Tram service only runs on weekends between April & October

St Bavo’s Cathedral is one of the most impressive cathedrals we have ever visited. Not only is it an architectural spectacle, it houses an impressive number of art treasures including a major work by Rubens. Most notable though is the world famous Adoration of the Mystic Lamb, The Ghent Altarpiece painted by  Hubert and Jan van Eyck around 1432.

The Cathedral is open every day although may be closed during mass times to tourists.

Entry to the Cathedral is Free

The Adoration of  Mystic Lamb – The Ghent Altarpiece

Considered to be the first major work of the Renaissance and a milestone in art history, it has not been without an intriguing past. The piece fell into French hands under Napoleon.

It was requisitioned by Nazi Germany during the Second World War. The ‘Just Judges’ panel, was stolen in 1934 and to this day has not been found. The missing panel is replaced by a reproduction.

Adoration of the Mystic Lamb Facts

Between 10.30 and 16.00. Note – While the Ghent Altarpiece can be viewed during these hours, the panels are only open at certain times. Check at the cathedral.

Entry to view The Adoration of the Mystic Lamb:

Climb The Belfry of Ghent

The skyline of Ghent is dominated by three medieval towers. Saint Bavo’s Cathedral, Saint Nicholas’ Church and the Belfry of Ghent. At 91 meters, the 14th-century UNESCO listed belfry tower is the tallest in Belgium.

Perched on top is a large golden dragon. Visible from all over the city, the dragon is much more than just a landmark, it is something of a city mascot.

A climb to the top of the Belfry tower is one of the most popular things to do in Ghent. While there are some impressive bell exhibits on the way up, it is the view everyone comes to see.

The Belfry of Ghent is open every day from 10.00 – 18.00 except major public holidays such as Christmas.

Ghent has loads of museums with both fixed and temporary exhibitions. You will find a myriad of choice in subjects ranging from history, visual and fine arts, photography, nature and even psychiatry.

You will find a full list of all of Ghent’s museums here.

Check opening times before planning a visit as hours may vary for each museum.

Entry to museums ranges from €1 – €8. Free with Ghent City Card.

If you happen to be in Ghent during a festival, count yourself lucky. Better still, plan your visit to coincide with one of the Ghent festivals because Ghent sure knows how to have a good time. There is a full calendar of events throughout the year worthy of a trip to Ghent.

Festivals In Ghent Throughout the Year

These are just a few of the festivals Ghent has to offer throughout the year. Whatever your fancy, Ghent is a city renown for its festivals and events.

The Ghent All In City Card give access to:

You can buy the Ghent City Card at The Ghent Tourist Office, all participating museums and attractions and hotels in Ghent

When to Visit Ghent

Ghent is situated in the north-west, the Flemish region of Belgium.

Belgium is part of the EU and in The Schengen Area

Ghent is less than an hour from Brussels. There are two main airports Brussels International and Brussels South Charleroi Airport.

Find out about day trips to Bruges from Ghent here.

Dutch is the main language spoken in Ghent and the northern parts of Belgium. French is also widely spoken throughout. You will find most people speak excellent English.

Previous
The Best of Arlington Texas 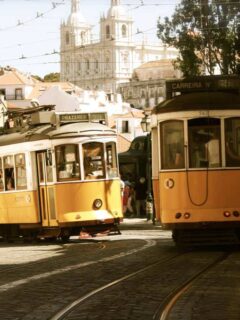 Next
One Day In Lisbon - Plan Your One Day Lisbon Itinerary