One Day in Old San Juan

Whether you are visiting Puerto Rico’s “big island” or en route to one of the smaller Puerto Rican Caribean islands such as Vieques or Culebra, at least a day in Old San Juan is a must.

One of the best things to do in Old San Juan Puerto Rico is wandering around the characteristic blue cobblestone streets and exploring the small plazas that dot the fortified city. You can’t help but constantly look up at the kaleidoscope of colours of the beautifully preserved colonial buildings.

The little city manages to create an atmosphere that can be both sleepy and vibrant.  It encompasses the character of Puerto Rico which draws so many visitors each year – laidback and very colourful.  This is the charm of Old San Juan Puerto Rico.

Things to do in Old Saun Juan Puerto Rico 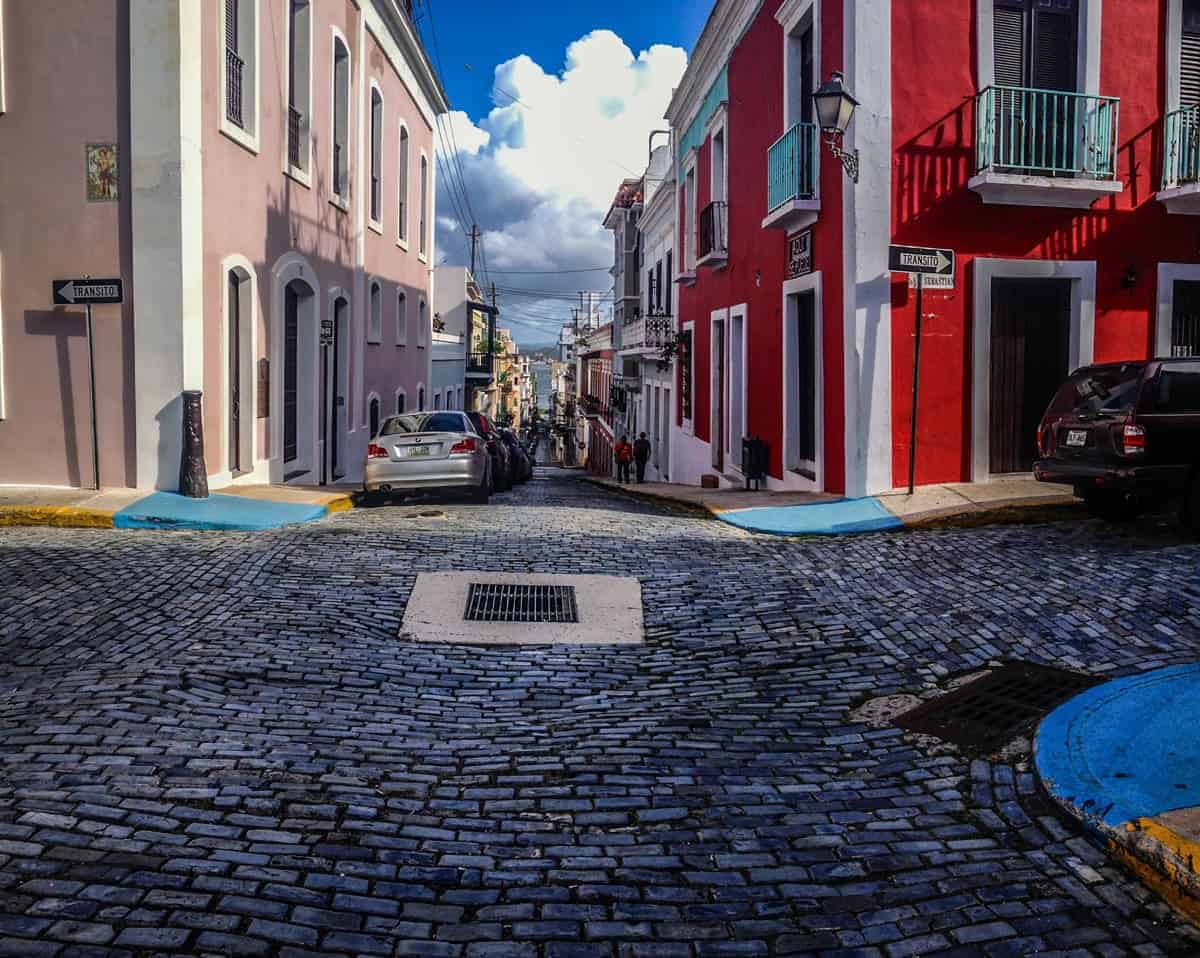 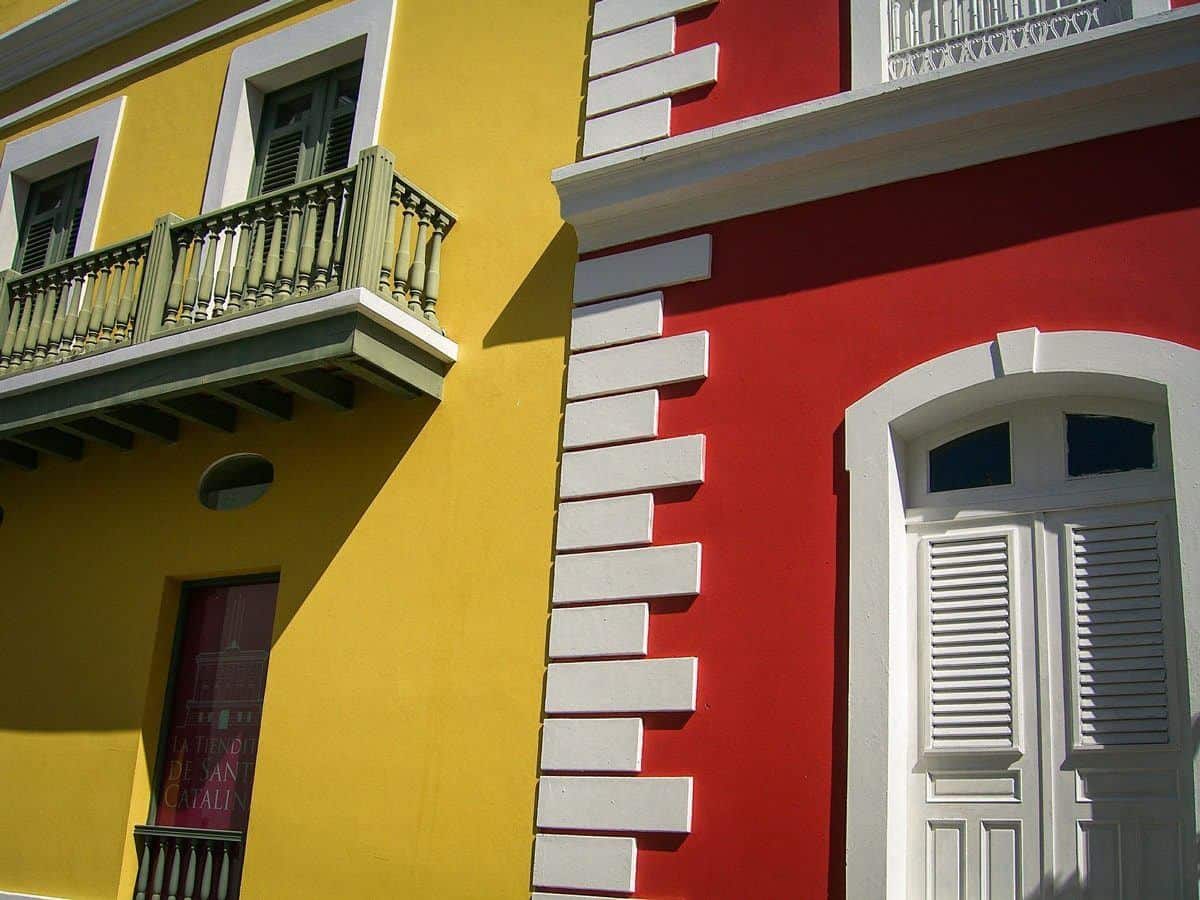 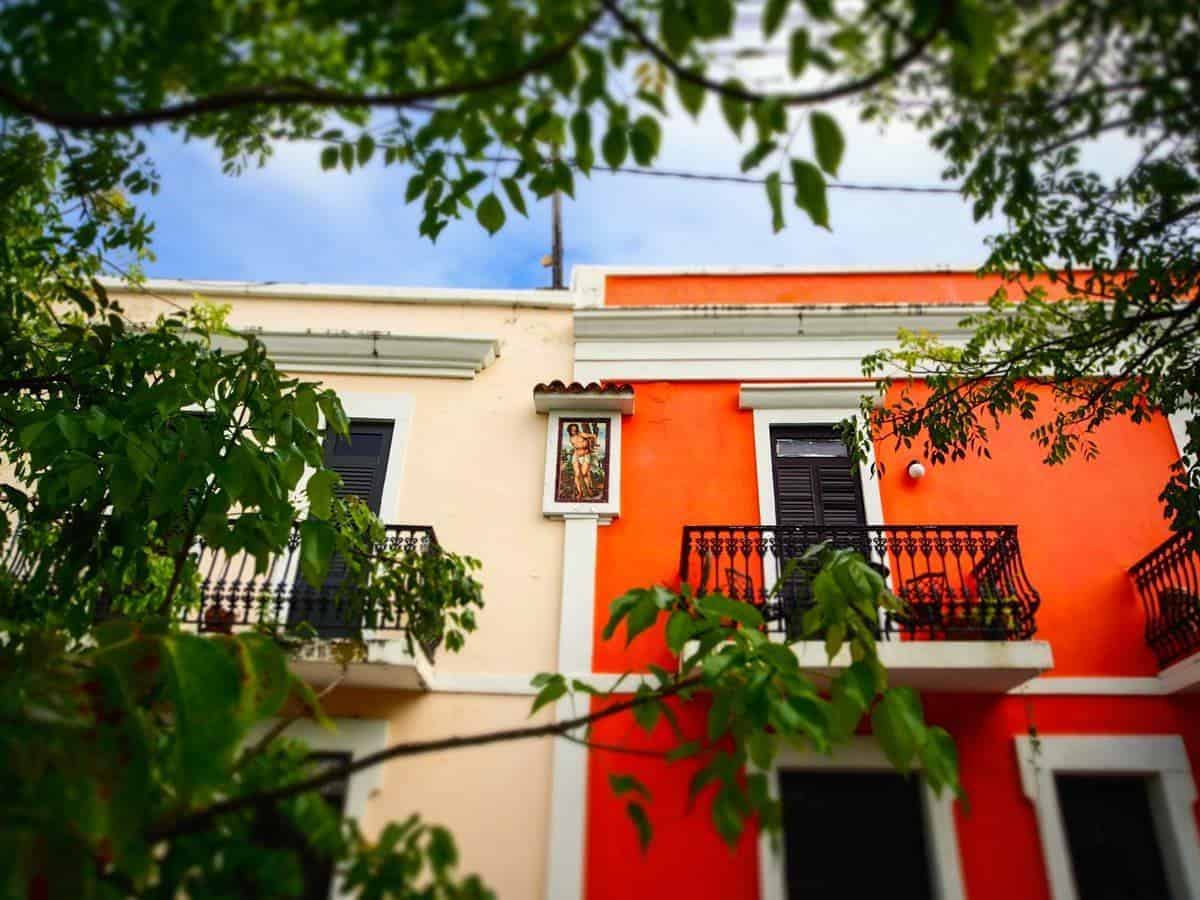 If you do look down occasionally, you can’t help but notice amongst the colonial charm, an abundance of very large, very tacky souvenir shops in certain parts of the city. Puerto Rico, and in particular Old San Juan is a popular stop for the Caribbean cruise ships and Old San Juan does a great job catering to them.

Thankfully, the commercial tourist zone is centred mostly around the waterfront and the wharf area. Even still, the quest for the tourist buck somehow manages to interweave with the old colonial charm, making it feel less out of place and even adding to the overall character. It is one of the few places where tourism has not impacted on the overall feel of the old city – yet. 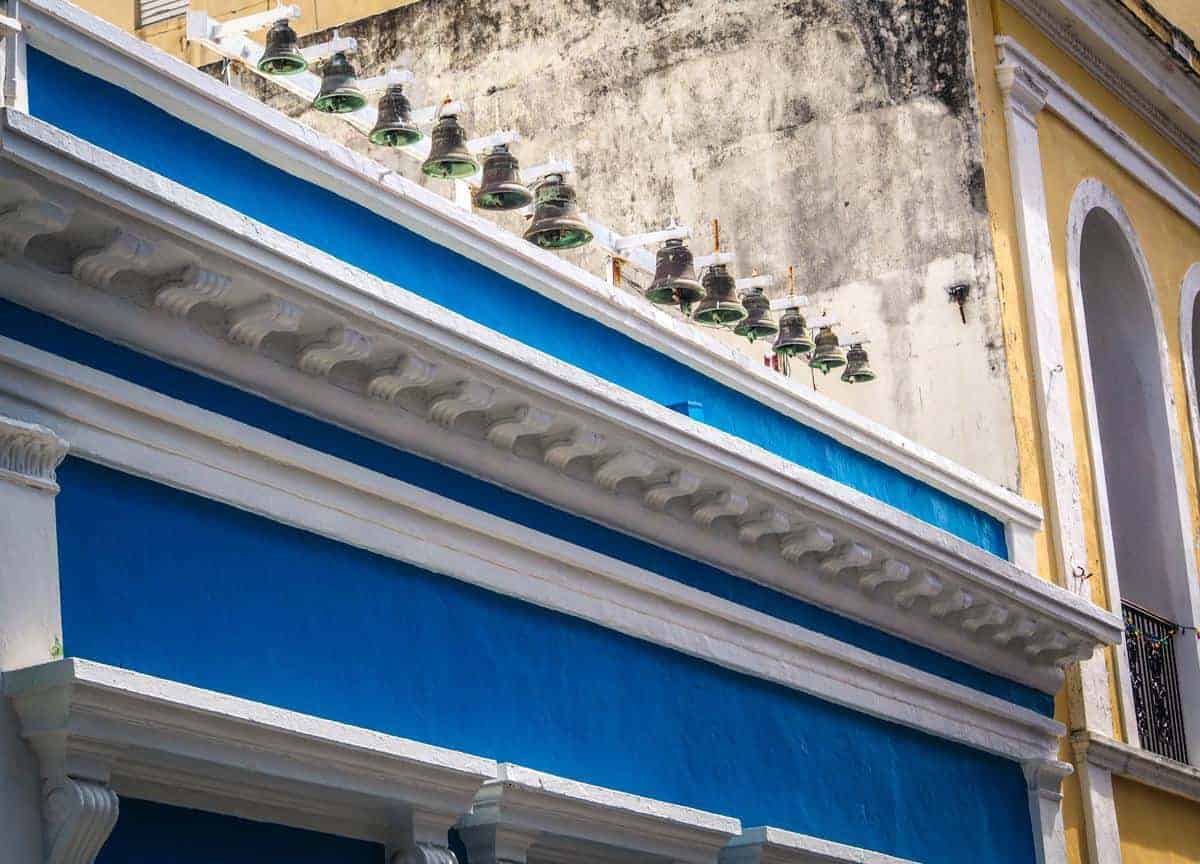 With cruise ships in mind, it is always advisable to time your strolls through the small and very walkable city to avoid any cruise ship mania and, in turn, escape the heat.

Head out in the early mornings and late afternoon/ early evening and not only will you miss the crowds, but you will also see a very different Old San Juan. You can jump on and off any number of the free trolley services doing rounds of the small city. 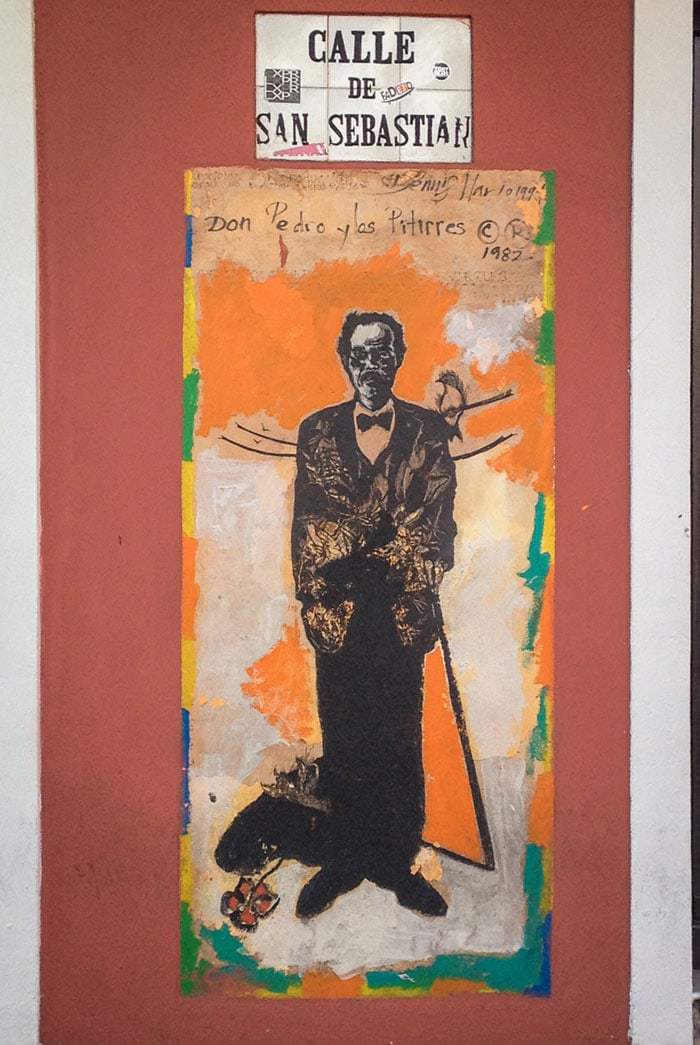 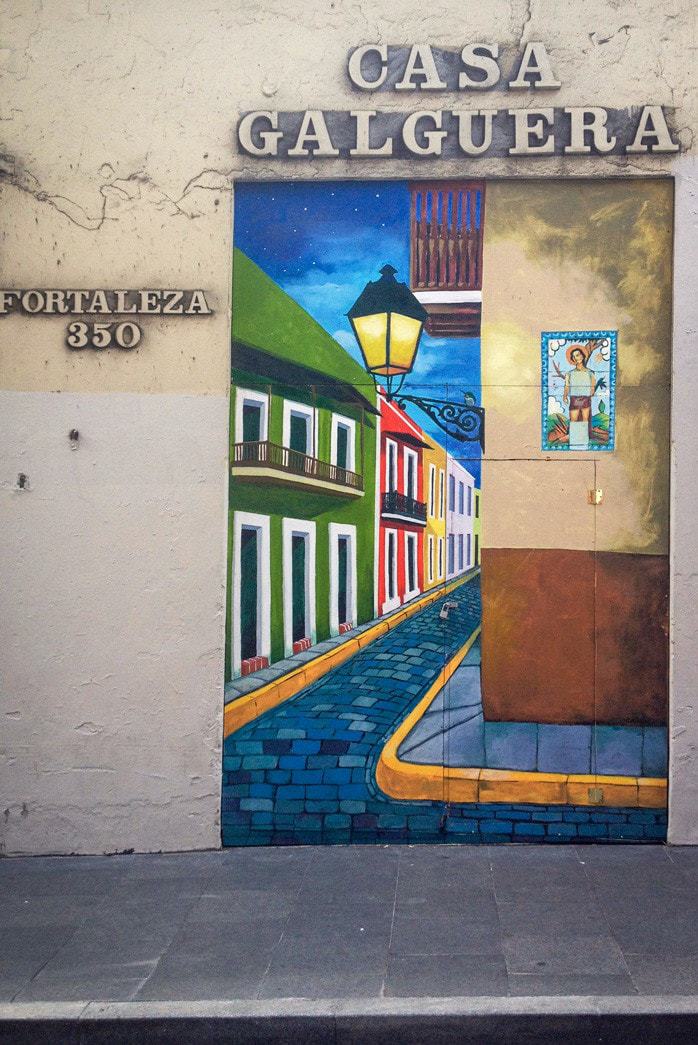 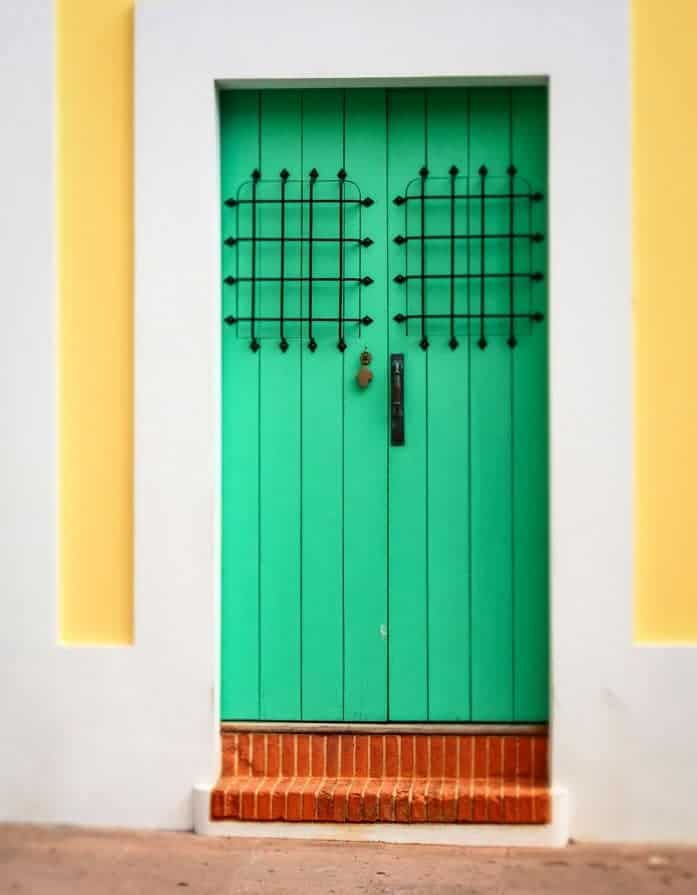 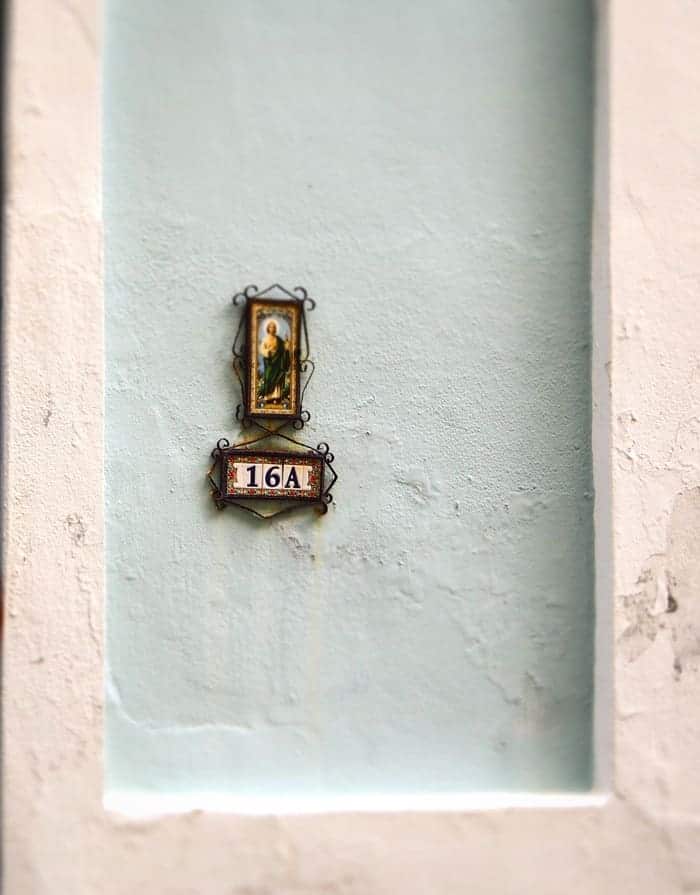 Discover the Many and Vibrant Bars in Old San Juan

Wander down some of the smaller streets in the afternoons and listen out for the blaring salsa and calypso music. This reminds you, without a doubt, you are in the Caribbean.  Music streams from the smallest of small bars where locals sit at impromptu tables on the side of the street, enjoying a cold one or two!

You might even get lucky and stumble across one of the many happy hours and meet some very interesting locals. There are some great little bars, restaurants, and cafes to be explored. 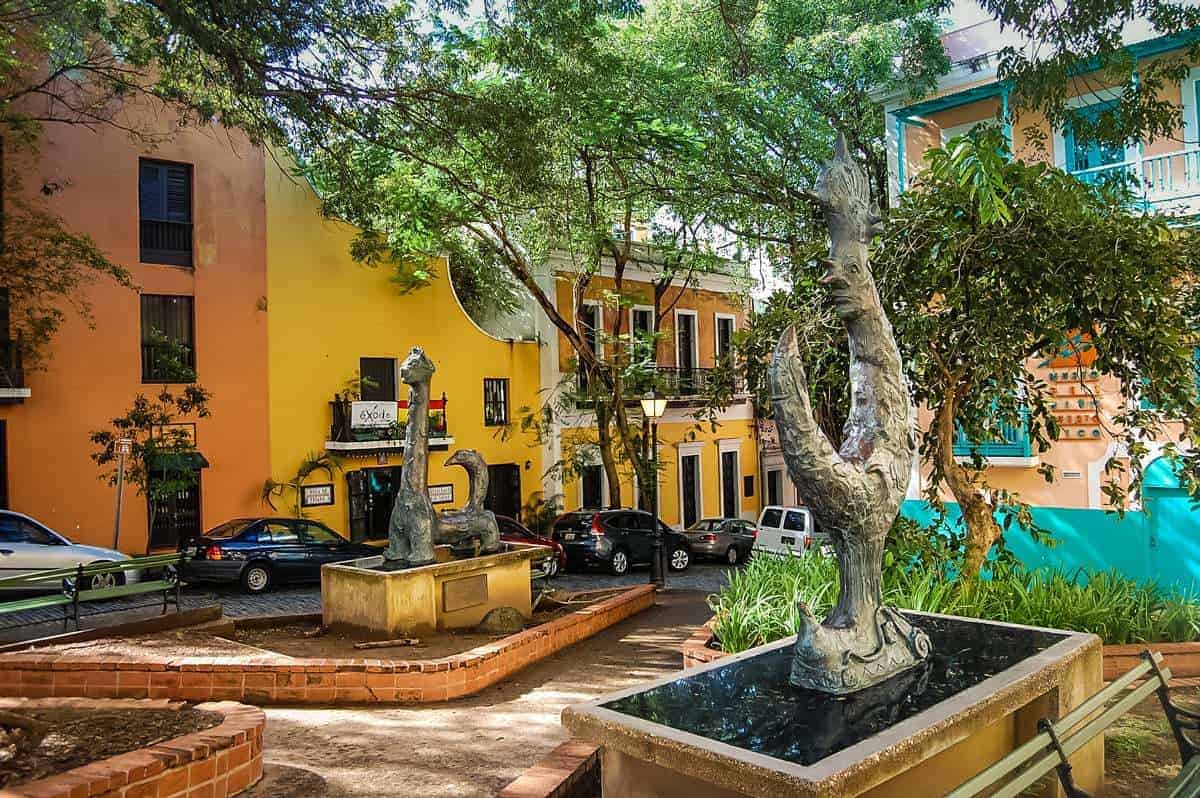 Then there is La Mallorca, more along the lines of an old-school diner and a bit of an institution. Unlike the rest of Old San Juan, these guys are open from early in the morning. Waiters in bow ties are serving up huge breakfasts really cheap. La Mallorca has a busy trade all through the day serving traditional Puerto Rican fare with a slight Spanish influence. They also have a very tasty bakery display in the front window. 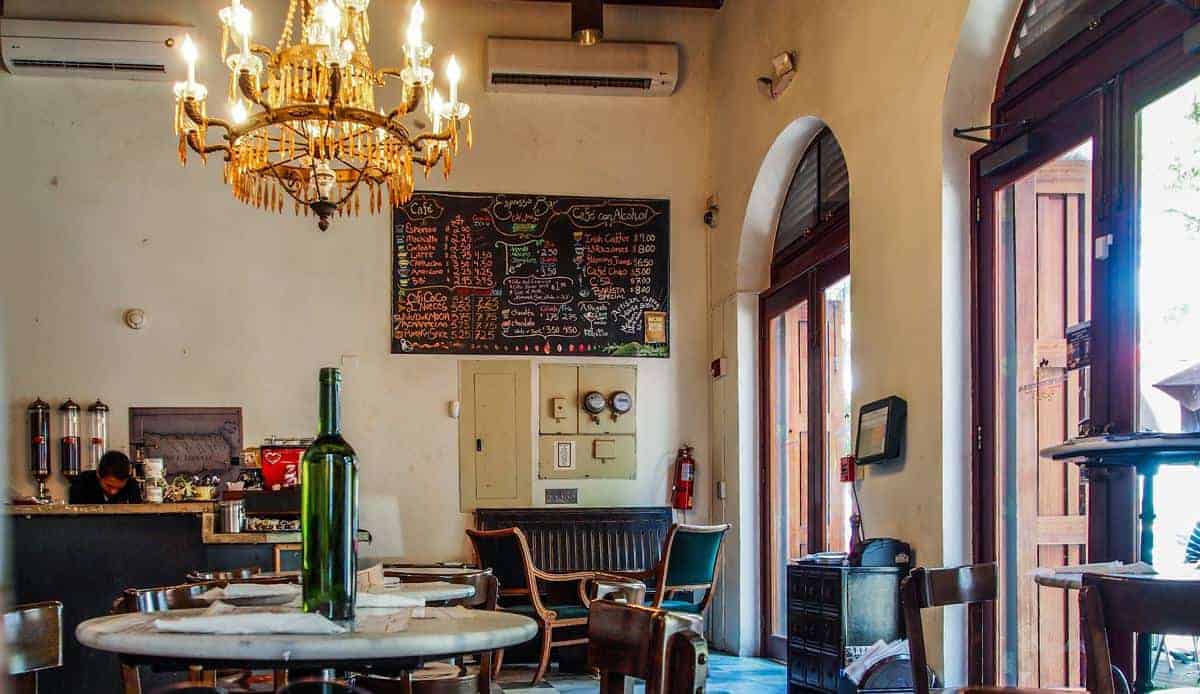 Fantastic street murals add to the already colourful vibe of the city and make strolling around even more interesting. 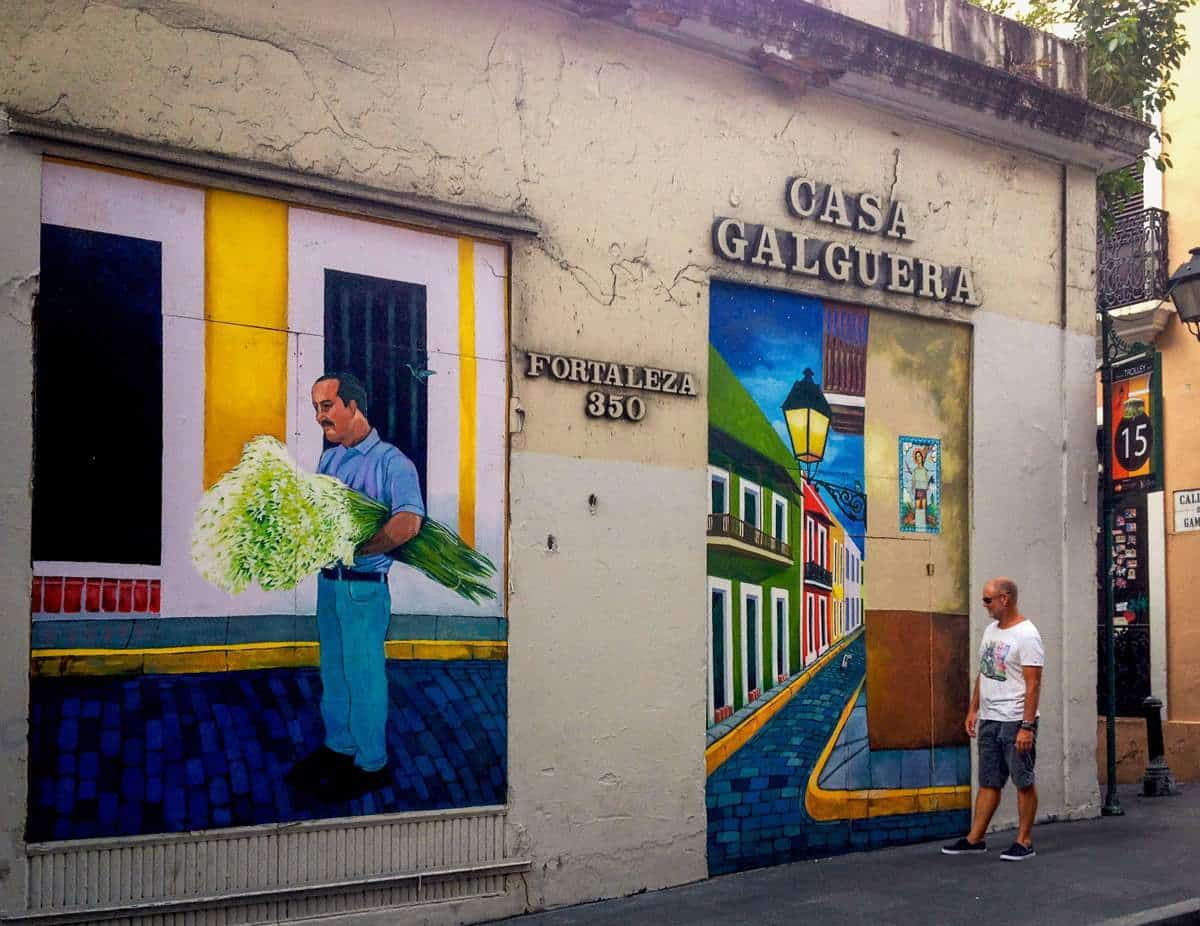 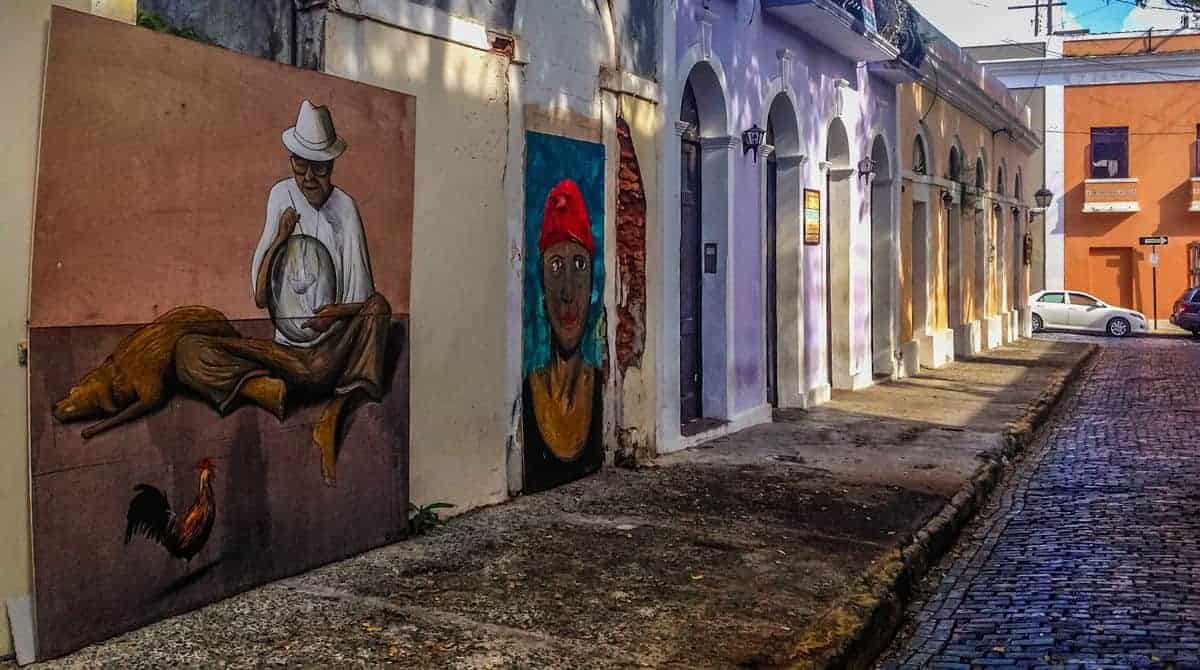 While it is evident there has been a massive effort to lovingly restore Old San Juan, it is an effort still in progress. There are still remnants of a city in decay which makes you appreciate even more the almost film-set quality of the ‘New’ Old San Juan. 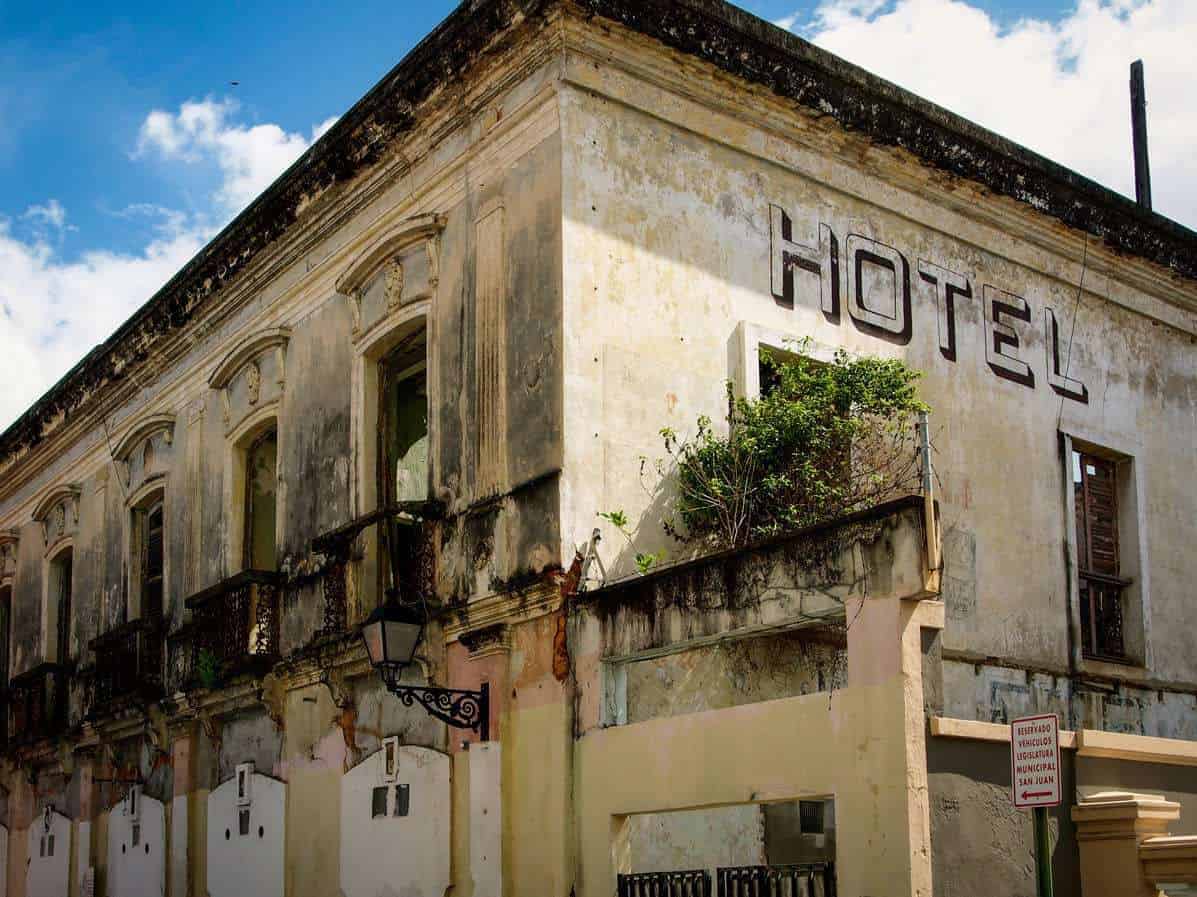 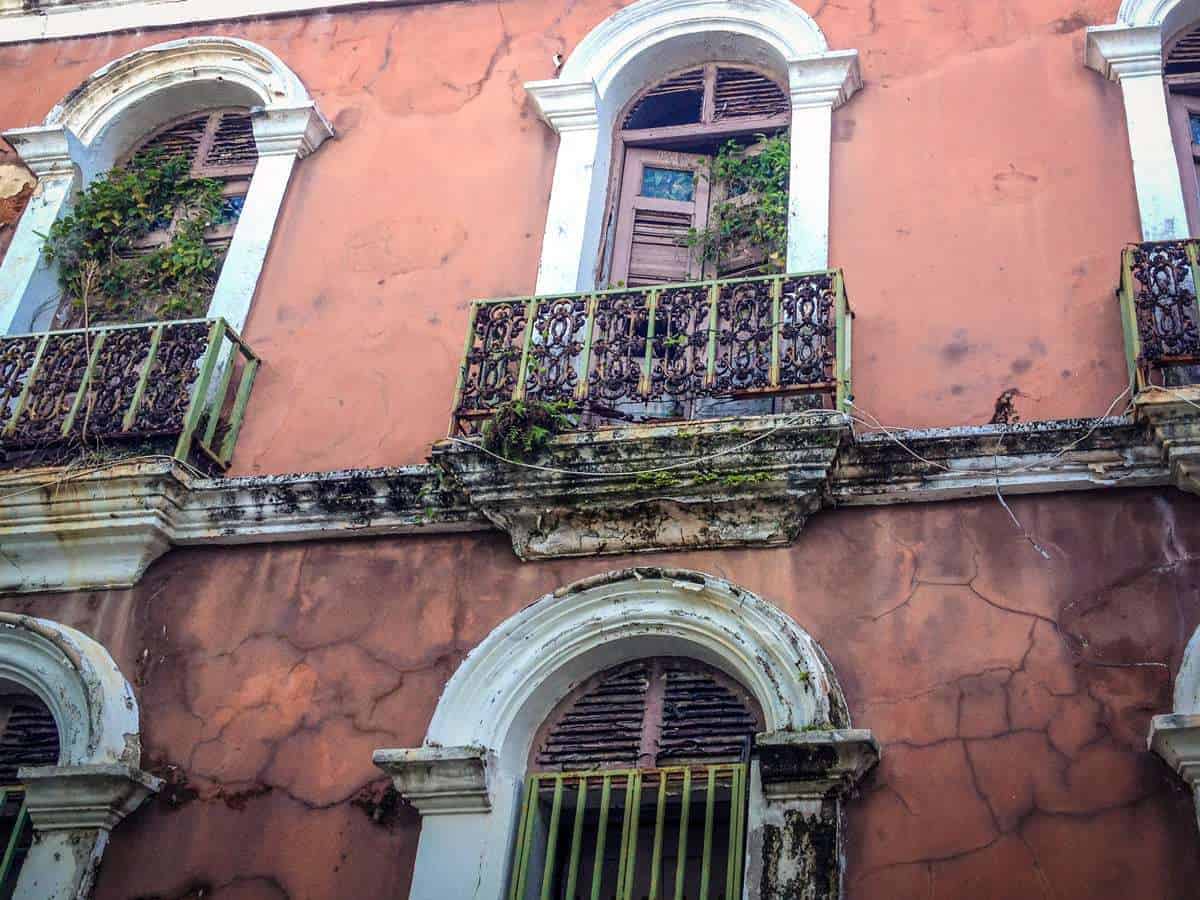 If you have had enough of wandering aimlessly through the picture-postcard streets or are not quite ready for the happy hour, there are a few great attractions you can take in. Old San Juan is a fortified city and who doesn’t love a good fort! 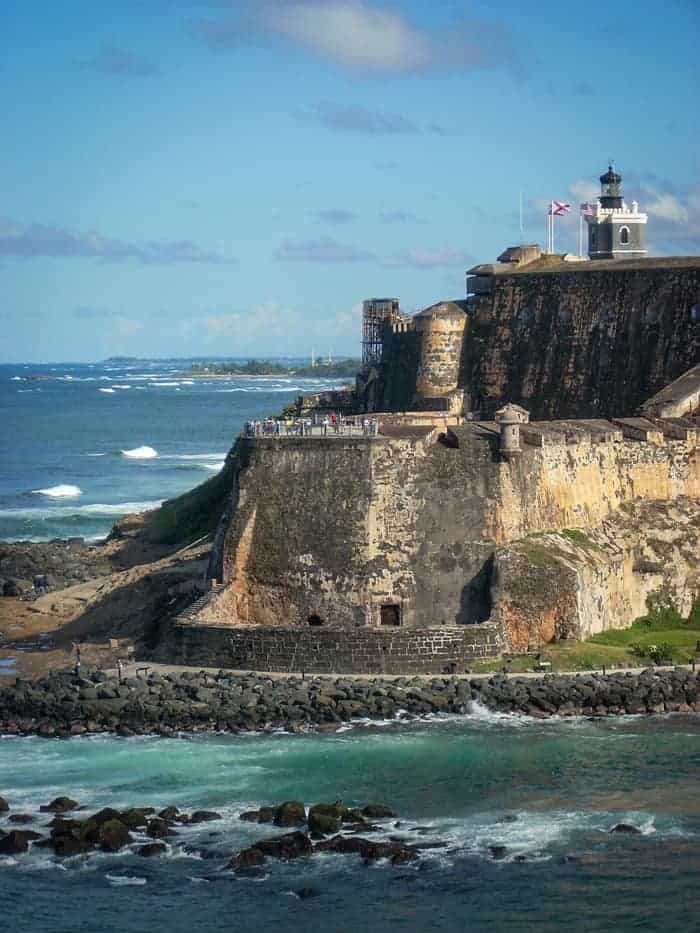 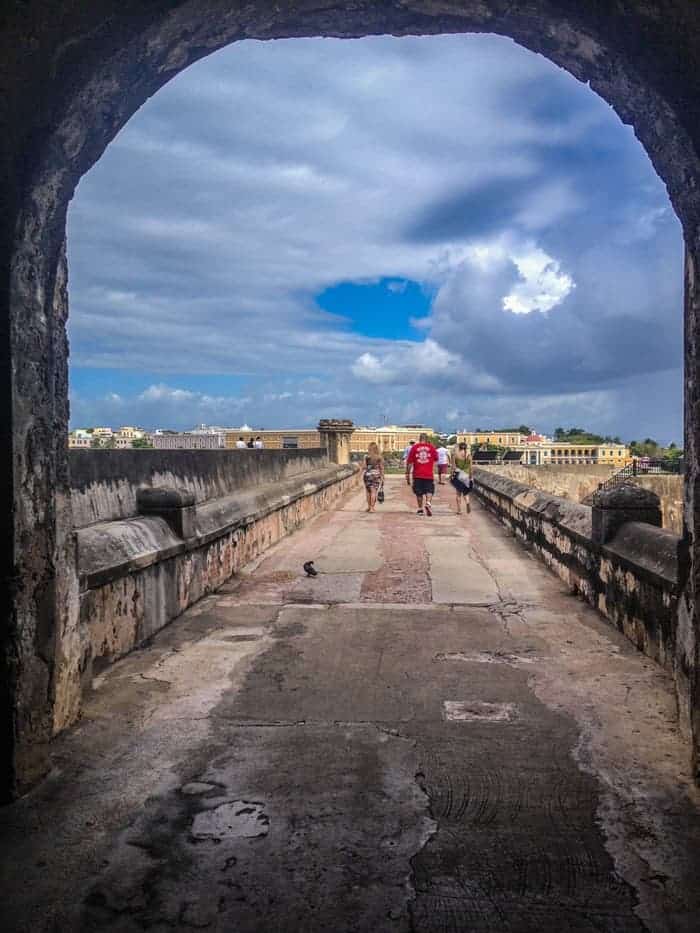 At the northwestern point of the islet of Old San Juan is Castillo San Felipe del Morro, named in honour of King Phillip II of Spain. This fortification was built to guard the entrance to the San Juan Bay and defend the Spanish colonial port city of San Juan from seaborne enemies.

On the other side at the northeastern point of the city is the massive fortification of Castillo de San Cristóbal built to protect the city to the east from land invasion. This is also the largest fort built by the Spanish in the Americas. 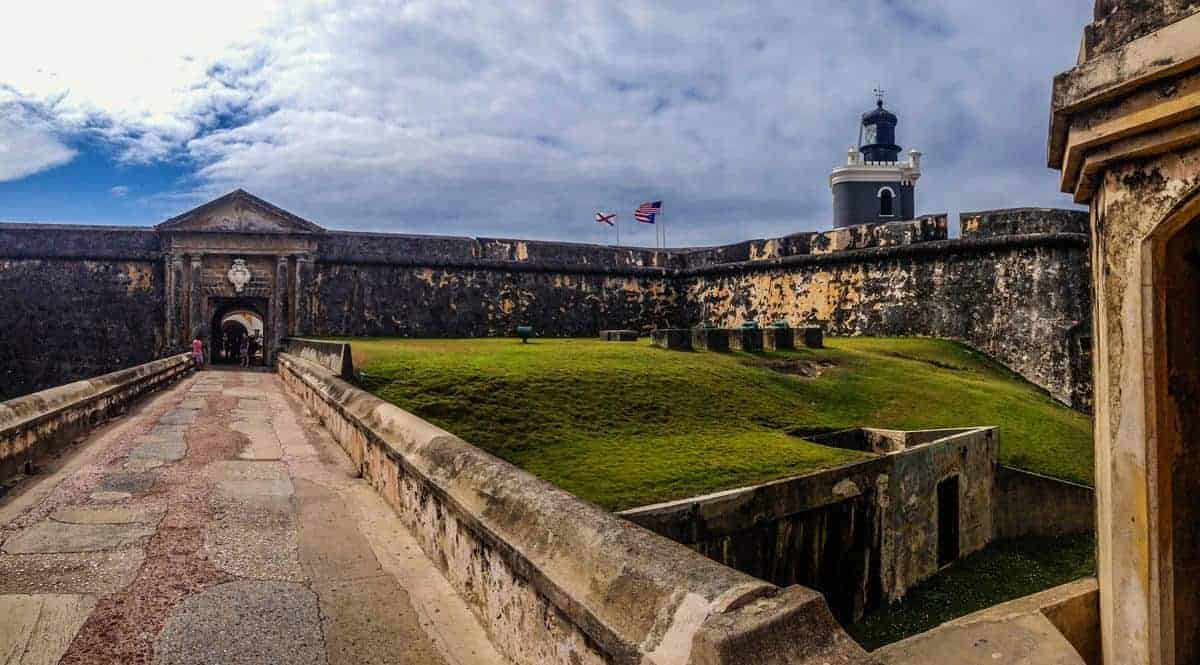 Casa Blanca, the first fortification of San Juan and once home to Ponce de Leon, the Spanish explorer, and conquistador associated with the legend of the fountain of youth, is now a museum. The surrounding gardens are a lovely oasis to escape the heat for a while and enjoy the scenery. 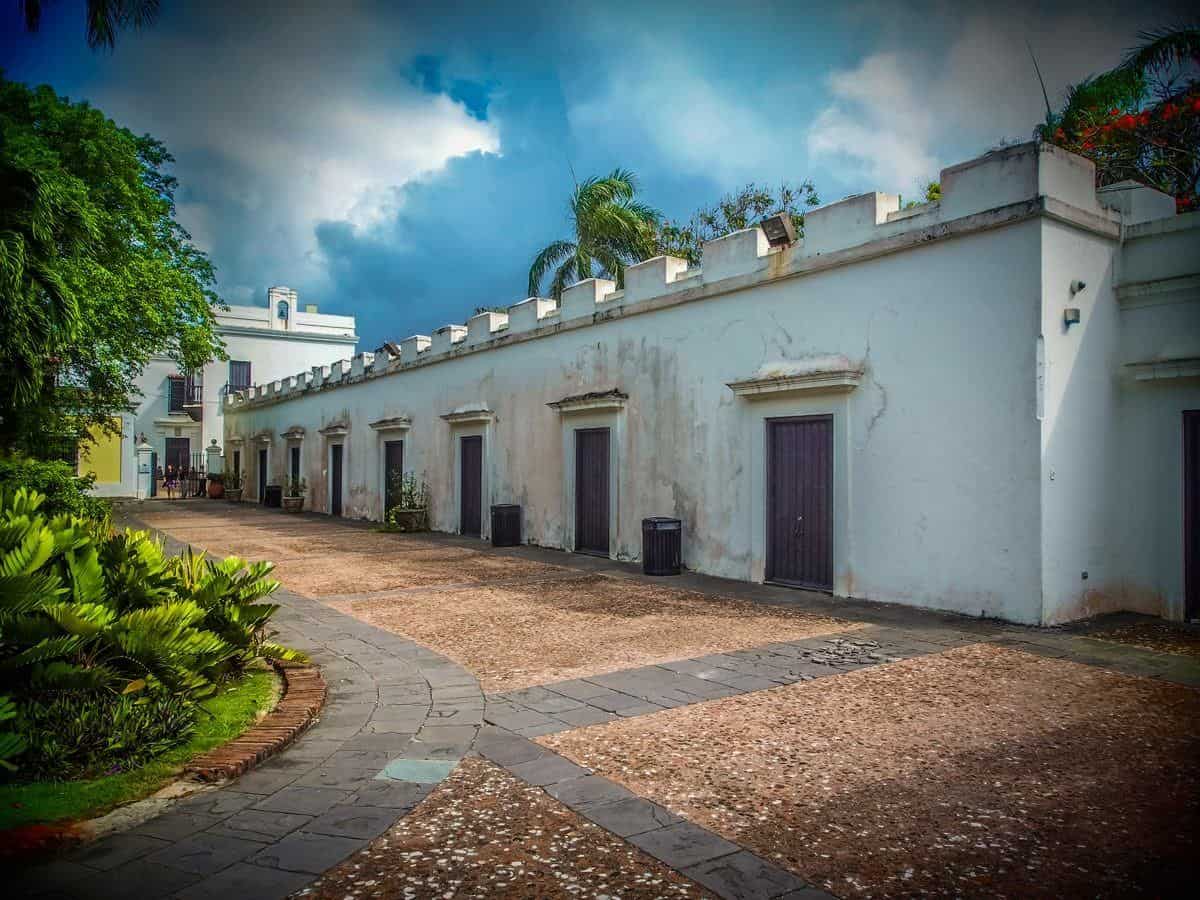 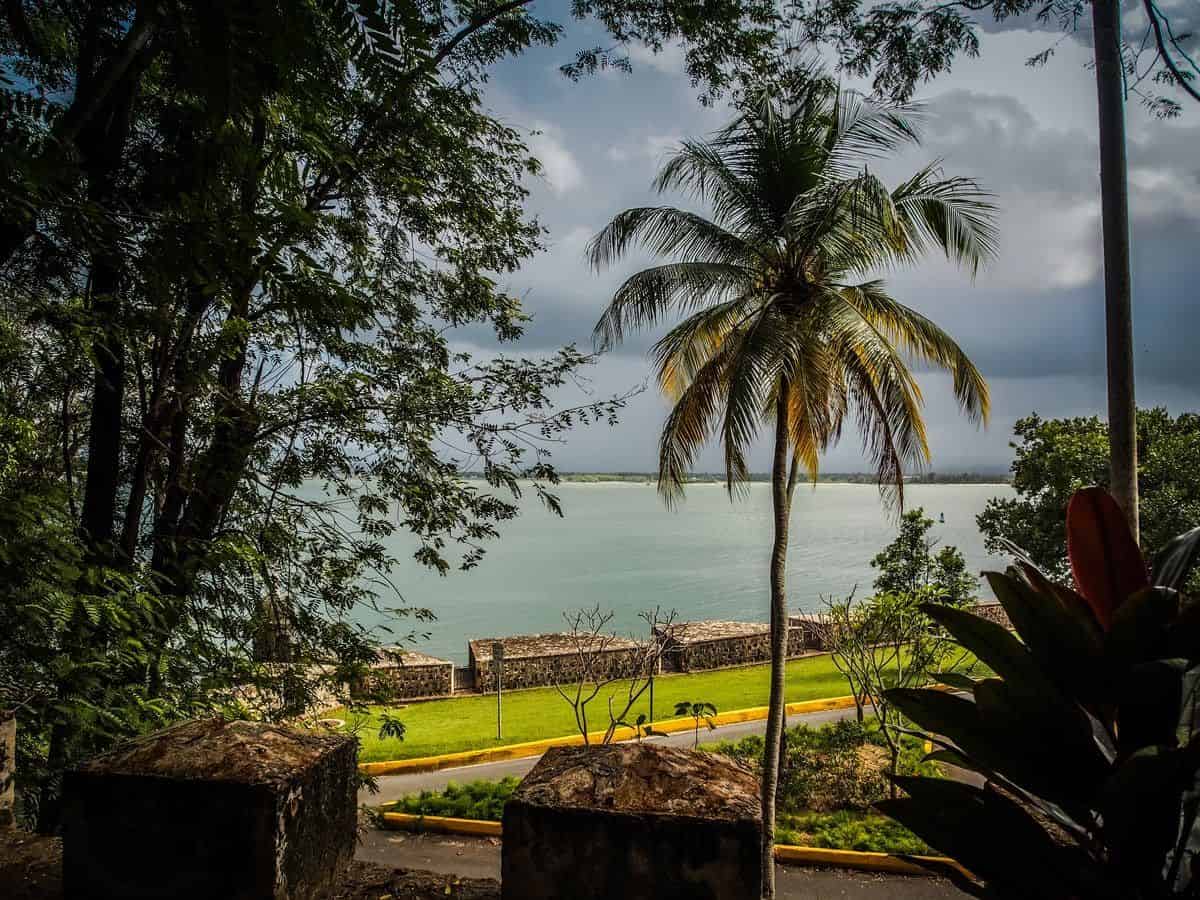 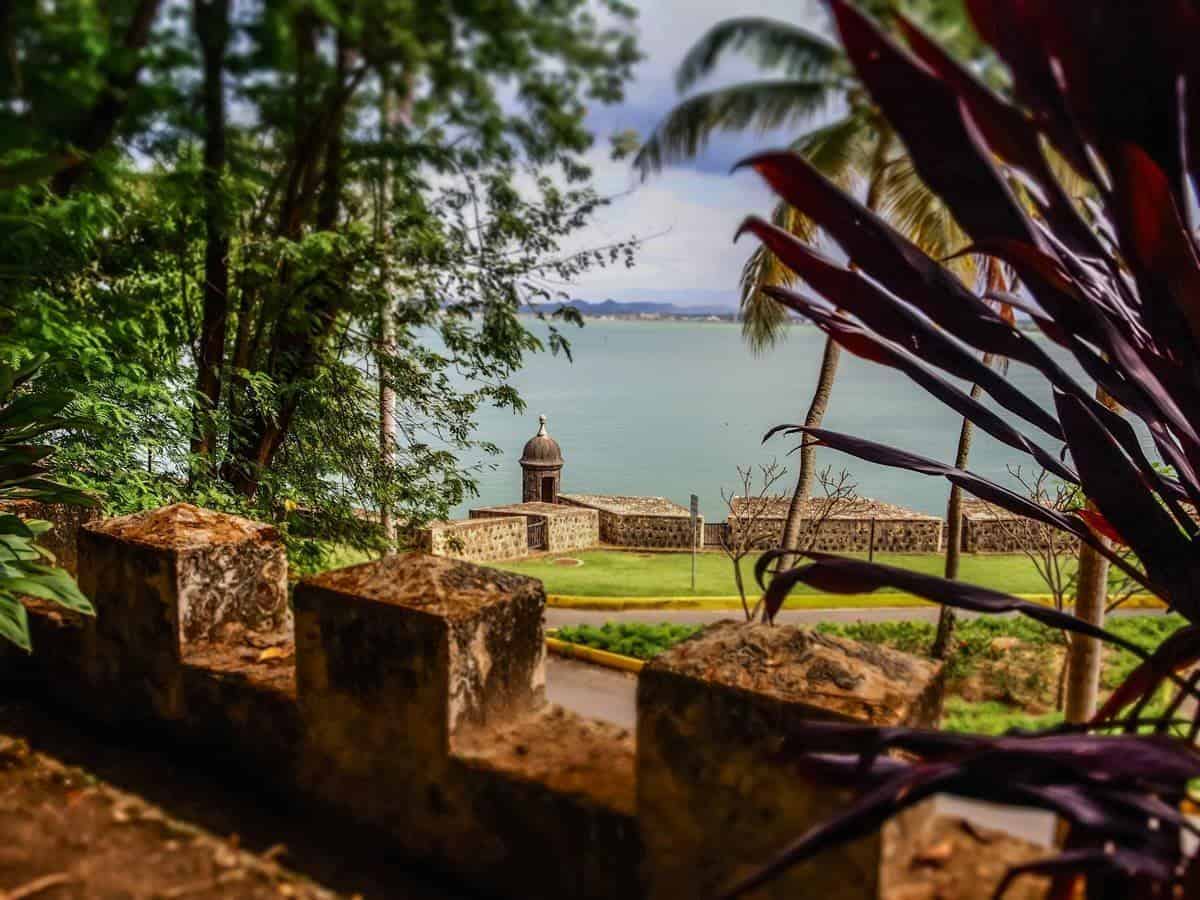 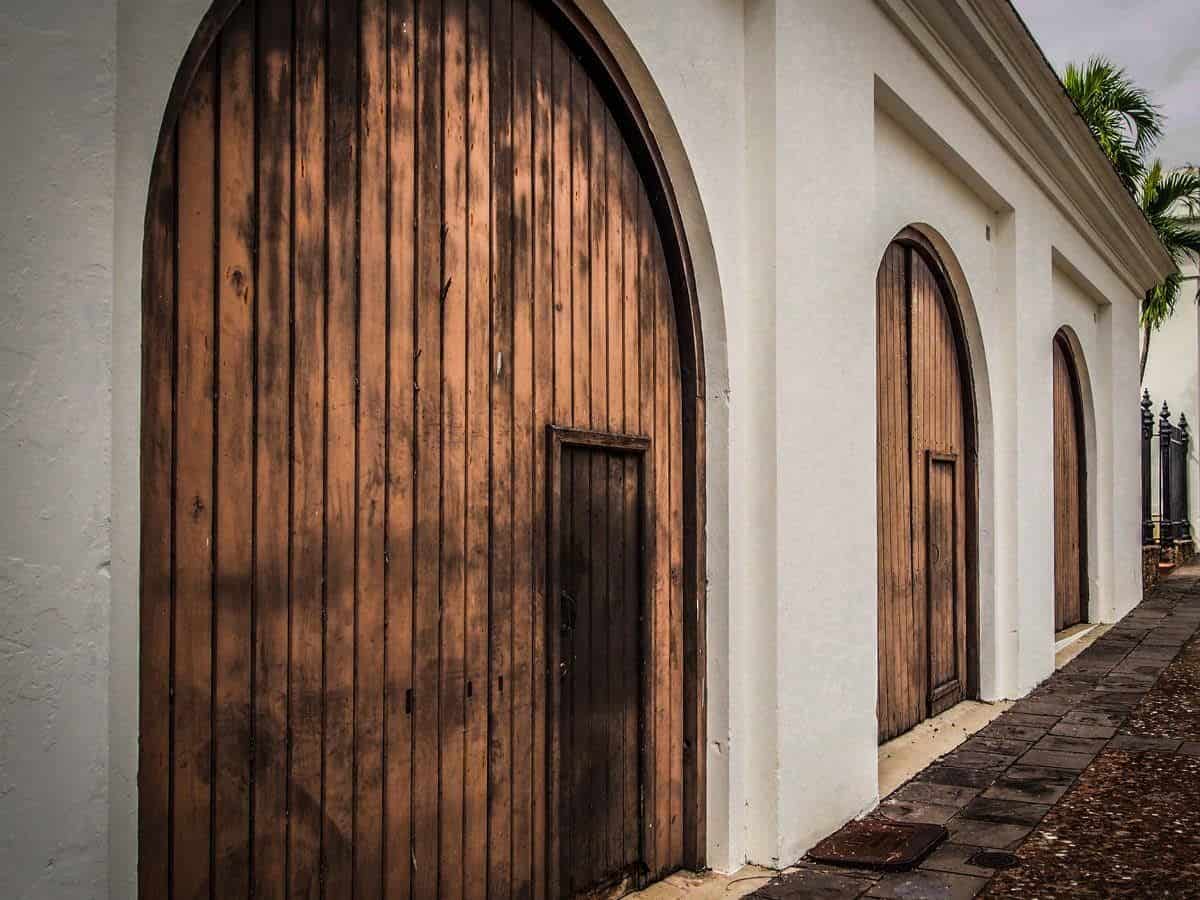 How Long to Spend in Old San Juan

We stayed in Old San Juan only one night, two days is ample time to take in all the main sights and get an appreciation for the old city. Old San Juan has a wonderful infectious vibe about it. We will go back, if, for nothing else than the atmosphere, the food, the music.

We stayed at Da House Hotel in the heart of Old San Juan on the recommendation of others who have stayed there numerous times. It is perfectly positioned for exploring the old town, is reasonably priced and has a wonderful boutique atmosphere. The stand out with this hotel for us was the staff. They really were genuinely helpful. You can get rates for Da House Hotel here.