5 Architectural Landmarks in Brazil Every Visitor Should See

Brazil is famous for its beautiful beaches, amazing street carnivals, its immense rainforests and biodiversity, and of course, its love of football.

Brazil also has some world-famous architecture that every visitor should make time to see. 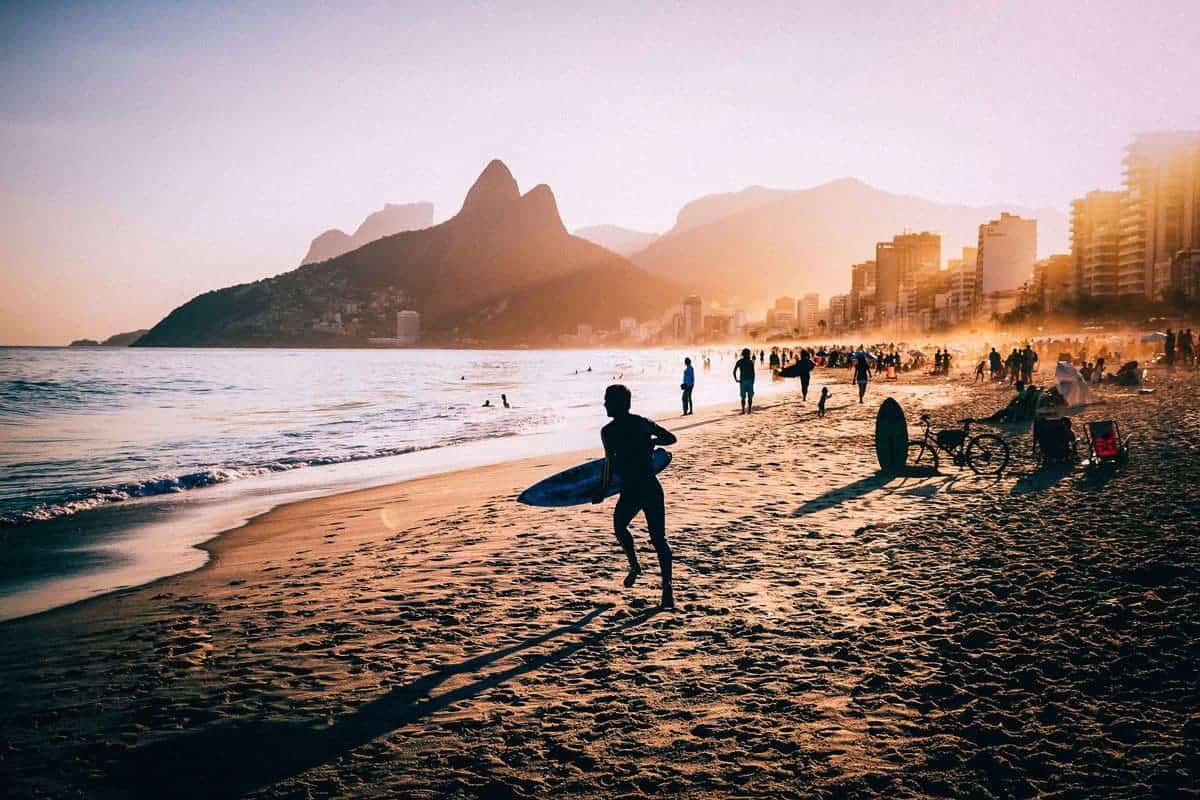 To travel to Brazil as a tourist, you will need a visa.  Many countries may now apply for a visa for Brazil online which is very simple and valid for 90 days.

Brazil has a reputation for being unsafe or even dangerous. While this is not an entirely undeserved reputation, much of it is overblown. That said, you should always be cautious, especially in cities where crimes against tourists are most prevalent. Assaults against tourists would be rare in the countryside or small towns.

Make yourself aware of any dangerous neighbourhoods, be careful at night and keep valuables concealed in a quality anti-theft handbag or pickpocket proof clothing.

Even better, leave all valuables at home or in the hotel safe.  Always make sure you have travel insurance whenever you travel. 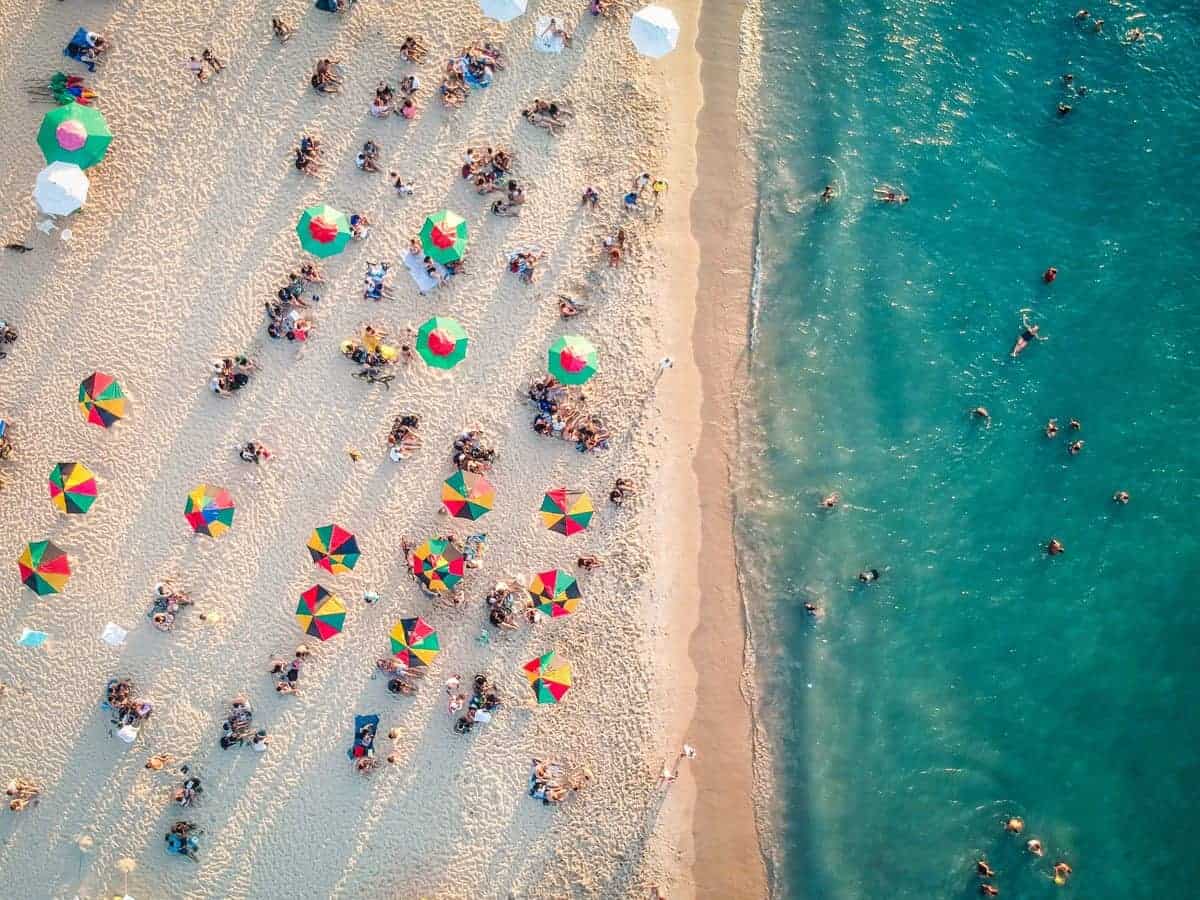 Best Time to Go to Brazil

The Architectural Wonders of Brazil

Brazil’s famous architectural landmarks are spread out across the cities of Brazil from São Paulo, Rio, Curitiba, to Salvador. These are five of the most notable landmarks in Brazil every visitor should see.

Located at the top of Corcovado mountain, 700-metre (2,300 ft) above the city of Rio, Christ the Redeemer, a cultural icon of both Brazil and Ri de Janeiro has become a symbol of Christianity across the world.

Completed in 1931 the statue of Jesus Christ was created by French sculptor Paul Landowski and built by a Heitor da Silva a Brazilian engineer.

Many unusual facts surround the famous statue from lightning strikes to a hidden trapdoor in Christ’s right shoulder but most interesting – the hidden messages left by workers who made the tiles.

Legend has it the workers frequently wrote on the back of the tiles which means Christ the Redeemer is covered with secret messages.

From the mountain peak at the statue, you can see the entire city. At night, the statue lights shine so brightly it can be seen all from over the city.

How to Get to Christ the Redeemer

Built on the back of a shady real estate deal in 1996 involving the then Mayor, a scandal that was later referred to as the politician’s “Christmas Present” to themselves. The Niterói Museum is now one of the most famous landmarks in Rio de Janeiro.

Designed by renowned Brazilian architect Oscar Niemeyer renown the world over for his modern architectural designs. Niemeyer was also the man behind the construction of Brasilia, Brazil’s newest capital city in the 50s.

The Museums flying saucer design strangely lends itself to its location on a cliff overlooking the beach like an alien landing scene from a B grade sci-fi film.  From the museum, you have sweeping views across the bay of Rio de Janeiro.

The Niterói Contemporary Art Museum is not only a must visit for lovers of art and modern architecture but for everyone who visits Rio de Janeiro.

Take a full day tour of the Niterói district, the hidden gem of Rio including a visit to Niterói Contemporary Art Museum (MAC)

Another stunning piece of architecture by the acclaimed Brazilian architect Oscar Niemeyer. The crown-like cathedral, completed in 1970 features 16 curved concrete columns each weighing 90 tons, and 131 feet tall said to be designed in a gesture of hands moving towards heaven.

Large bronze sculptures of the Four Evangelists – Matthew, Mark, Luke, and John dominate the entrance while inside, above the nave of the cathedral hang three sculptures of angels by Alfredo Ceschiatti and Dante Croce. The cathedral’s ceiling is composed of a series of impressive 98-feet-high colourful stained-glass triangles.

Cathedral of Brasília is one of the most visited landmarks in Brazil with nearly 1 million visitors each year.

A fascinating and elegant 72-metre high (236 ft) urban elevator in Salvador connecting the lower and upper city built between 1869 and 1873. The Lacerda Elevator, the creation of wealthy local businessman Antonio Francisco de Lacerda has two towers and four lifts, each carrying 27 passengers.

Initially a hydraulic elevator, in 1906 the elevator transitioned to electricity. In 1930, the elevators were renovated by Danish architect Fleming Thiesen who gave the towers their current Art Deco styling making the unique elevator such an iconic landmark of Salvador.

The concept of Lacerda Elevator dates back over 400 years to when the Jesuits used a simple rope and pulley system to assist in the transportation of people and goods.

While the elevator shaft does not offer views, the panoramic views from the top landing are worth the 30-second ride. The Lacerda Elevator currently transports up to 15 thousand people a day between the lower and upper city of Salvador.

Manaus, considered in the late 19th Century as the “Paris of the Tropics”. Located in the heart of the Amazon rainforest, the Teatro Amazonas (The Amazon Theatre) was completed in 1896 after 15 years of negotiation and construction.

As a testament to the wealth of Manaus thanks to the rubber boom of the time, the theatre was built as the most elegant tribute to European cultural tastes in the heart of the Amazon.

Materials for the theatre, with the exception of locally sourced wood, were all shipped from various places in Europe. From Italy – 198 crystal chandeliers 32 of which made from the prized Murano glass from Venice. Cast iron from Scotland was used for the 22 vibrating hollow columns that give the theatre excellent acoustics.

The interior, designed by Italian architect, Celestial Sacardim is modelled on the Palais Garnier in Paris. Its most notable features are the curvature of the 700 seat auditorium in the shape of a lyre, and the ceiling painting gives the impression of looking up at the Eiffel Tower.

Looking for more things to see in Brazil? Here is a list of more notable landmarks worth adding to your Brazil itinerary.