Tomar Portugal and The Knights Templar.

If you have ever been curious about the mystery and legend of Order of The Knights Templar, then the town of Tomar in central Portugal is for you.

Tomar is one of central Portugal’s most scenic small towns. Set along the banks of the Nabão River, the city’s charm lies in the ancient churches that dot the quaint pedestrian-friendly cobblestone streets, the pretty riverside park and its proximity to the Seven Hills National Forest.

There is a lot to see in and around the town of Tomar, but it is the impressive Convento de Cristo that makes the city of Tomar a must-see on any Portugal itinerary. 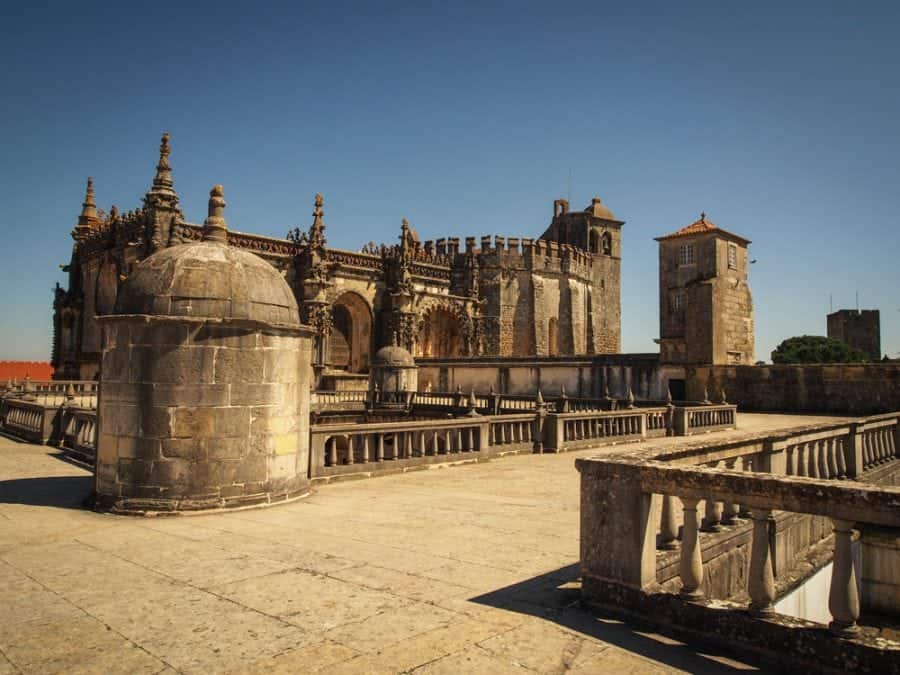 However, it is the imposing castle, visible from almost any vantage point in the town that is the big drawcard.

Climbing to the castle of the legendary order of the Knights Templar and witnessing the extraordinary architecture of the Convent of Christ is by far the most exciting thing to do in Tomar Portugal. 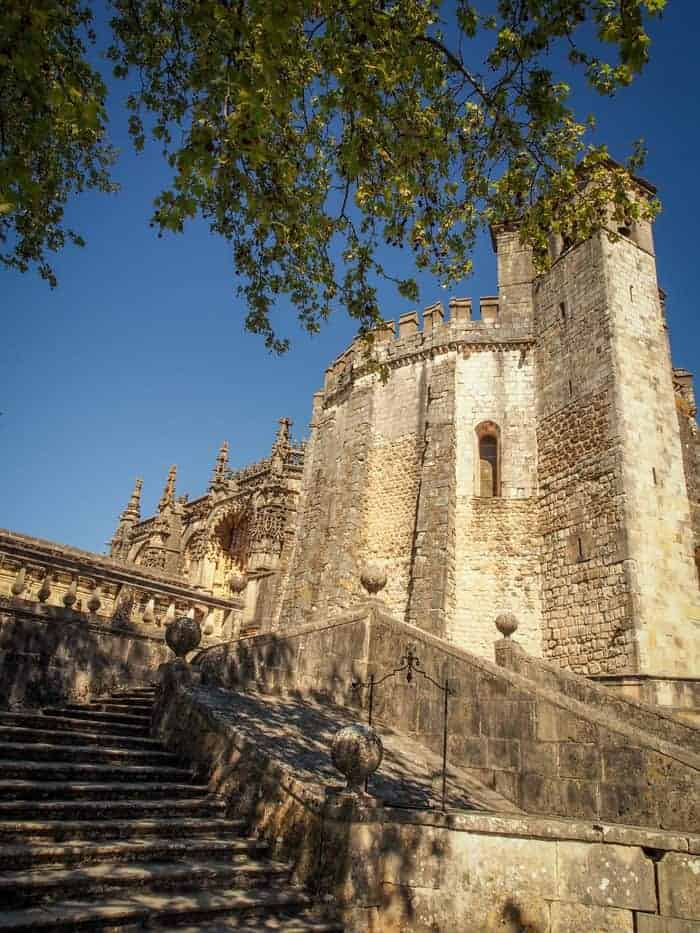 History of Tomar and Tomar Castle

Eight-and-a-half centuries after its founding, the headquarters of the Knights Templar still stands as testimony to its integral role in Portuguese history, from the founding of Portugal as a nation-state through to the Age of Discoveries.

Under the orders of Gualdim de Pais, the fourth Grand Master of the Knights Templar, Tomar was the last of the Templar towns to be constructed in the late 12th century. 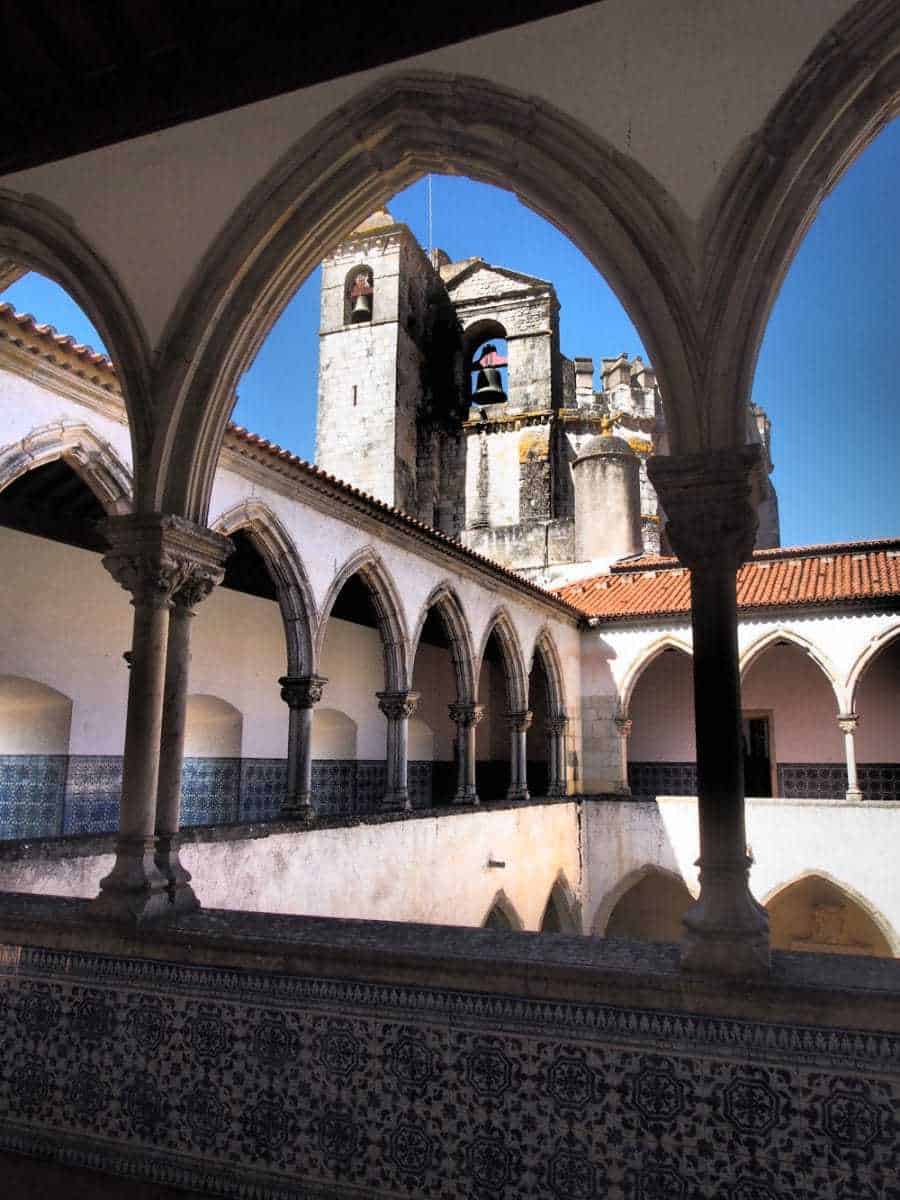 The Convent of Christ Tomar

The Convento de Cristo (The Convent of the Order of Christ) is not only architecturally extraordinary, but it has also been called magical and mysterious. 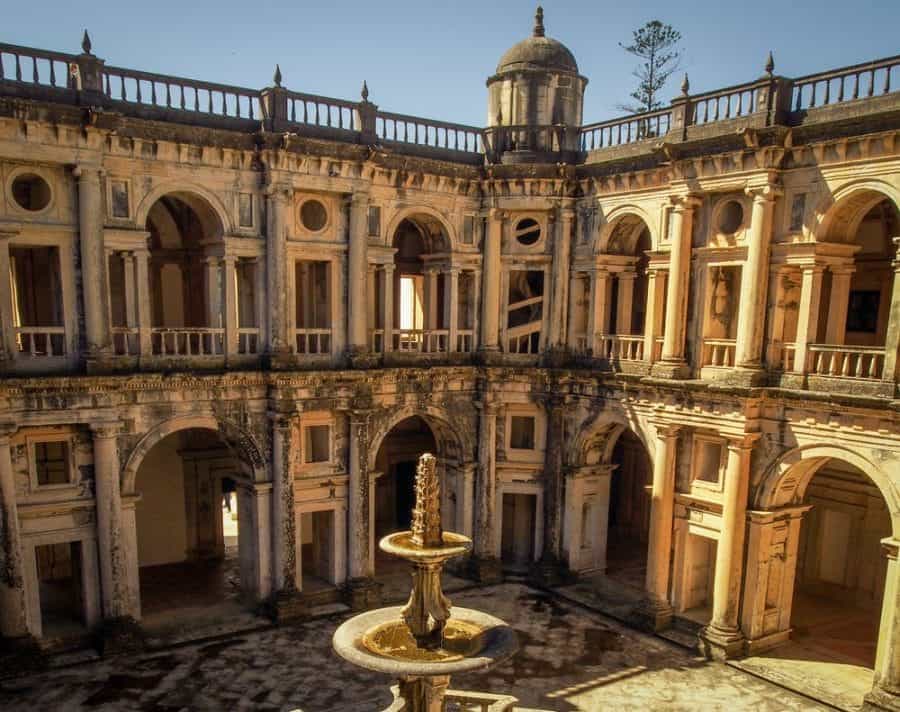 The Convent of Christ after The Knights Templar

The castle was transferred to the Portuguese Order of Christ in 1357 until the abolition of religious orders in 1834. In 1933 as the private residence of the Marquis and Count of Tomar, it was required by the state and in 1983 classified as a UNESCO World Heritage monument along with the Templar castle. 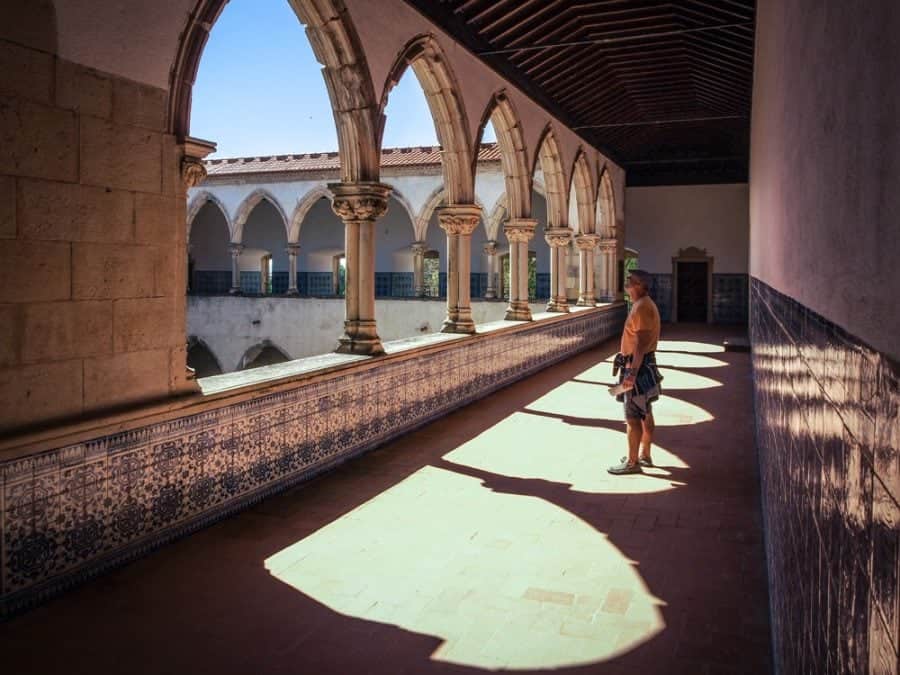 Alcobaca, Batalha and Tomar: See Three Famous Monasteries of Portugal in One Day

Discover the Best Things to do in Lisbon 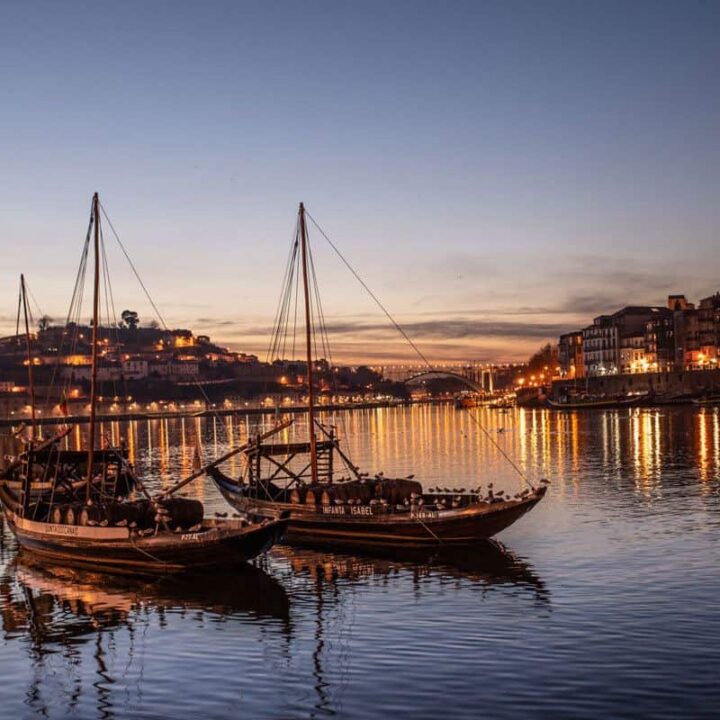 50 Things To Do In Porto Portugal. A Complete Porto Travel Guide 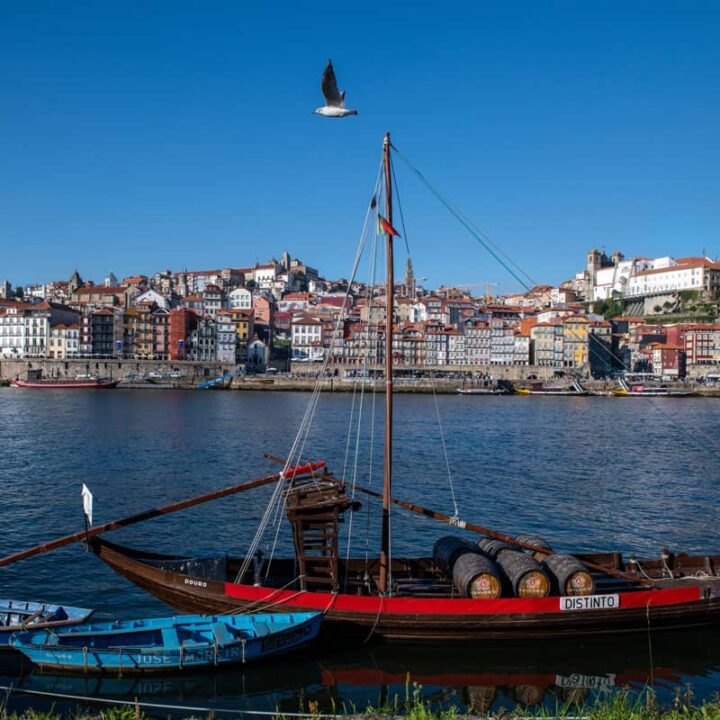 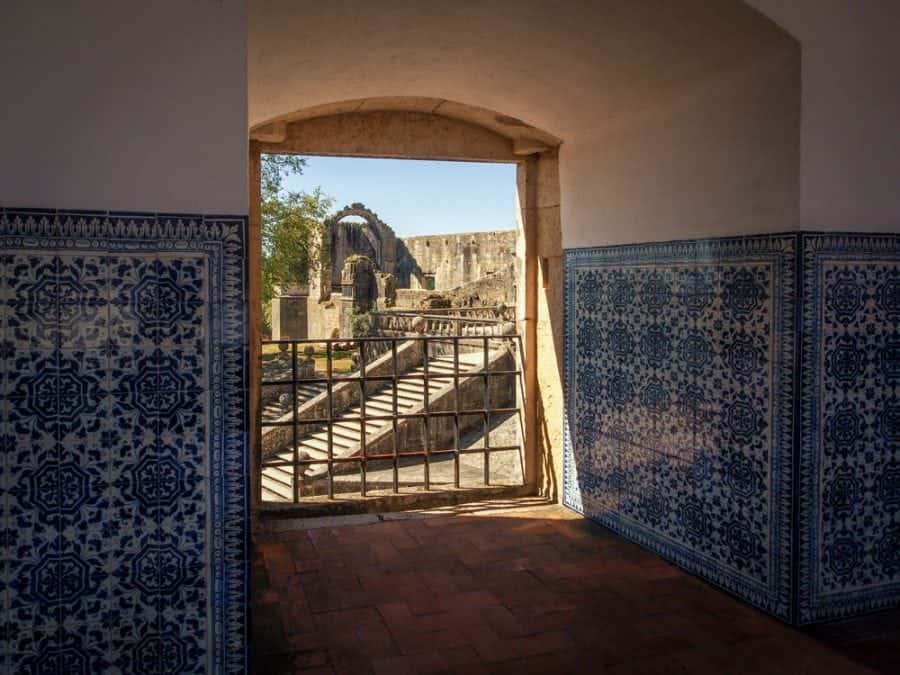 One of the highlights of the Tomar Castle is The Round Church (rotunda or charola church). At the heart of the Convento de Cristo, The unique circular Charola church is the most beautiful monument in Tomar. The circular design of the church follows the same principles of the great temples in Jerusalem.
The interior of the church boasts some of the most elaborate and intricate 16th-century religious art found in Portugal. 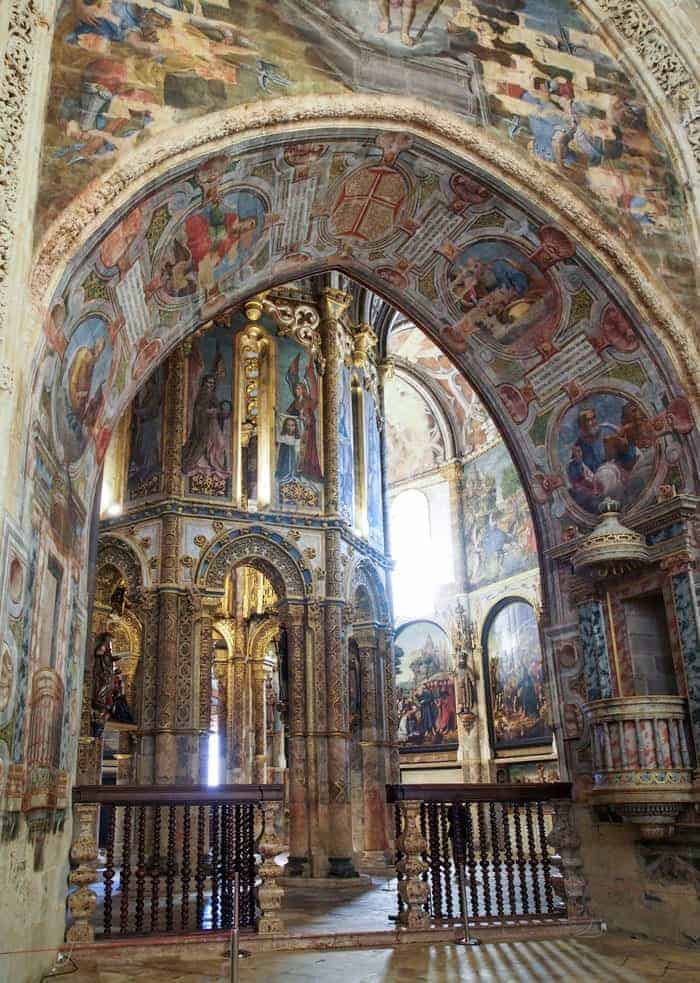 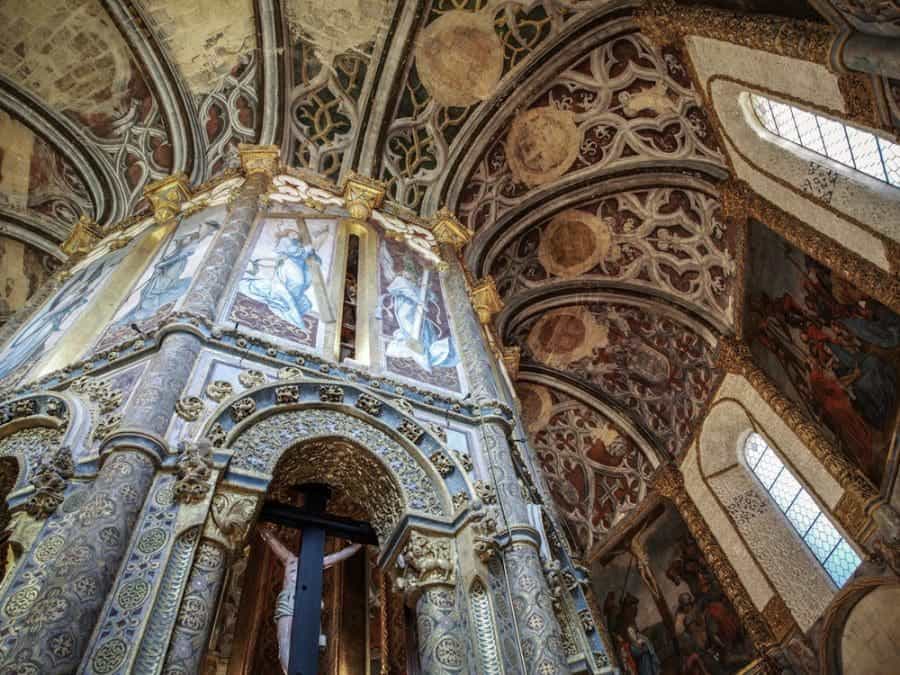 The Window Of The Chapter House.

Designed by Portuguese architect Diogo de Arruda; the grandiose and intricate detail in the Window of the Chapter House is said to be one of the most beautiful representations of the Manueline style of the 16th century.

An elaborate masterwork of Manueline architecture; the window is an icon of the Portuguese heritage, full of references to the Discoveries and Portuguese History. 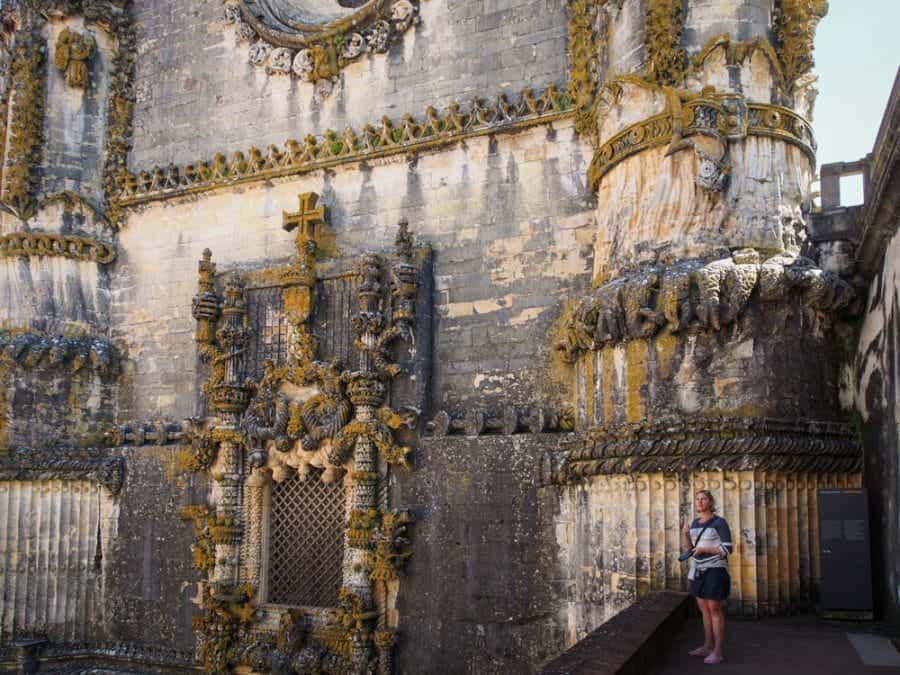 We spent nearly a full day wandering the castle and grounds Convent de Cristo. We recommend allowing as much time as possible to visit the castle as there is a lot to see and it would be a shame to rush your visit.

It is best to get there as early as possible to be ahead of the bus tour crowds that arrive from mid-morning onwards.

Getting an audio guide or hiring a personal guide will significantly enhance your tour. There is so much detail and history associated with the convent and the Knights Templar that would otherwise be missed.

Individual ticket to the Convent of Christ Tomar – € 6.00

A World Heritage Ticket cover three of the famous monasteries of Portugal: Convent of Christ, Monastery of Alcobaça and Monastery of Santa Maria da Vitoria (Batalha) – 15,00 €. This ticket is valid for seven days. 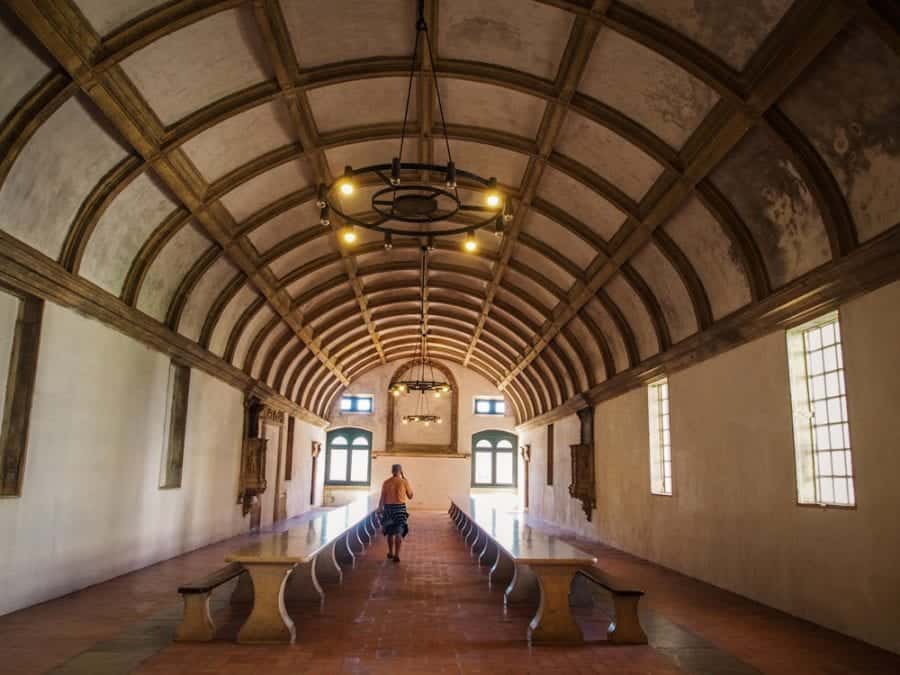 How to Get to Tomar

There are several trains daily between Lisbon and Tomar. Travel time is approx. Two hours. A return ticket will cost approx €10

A day trip to Tomar is undoubtedly possible although with a minimum of two hour travel time, either way, many chose not to rush their visit to the Tomar Castle and instead spend a night in Tomar.

If you would like to make a day trip without the hassle of trains or driving, you may want to consider a day trip. There are many small group day trips to Tomar from Lisbon.

Tomar is such a beautiful city and the Convent of Christ, one of Portugal’s most important historical sites. A trip to Portugal would not be complete without a visit to Tomar. 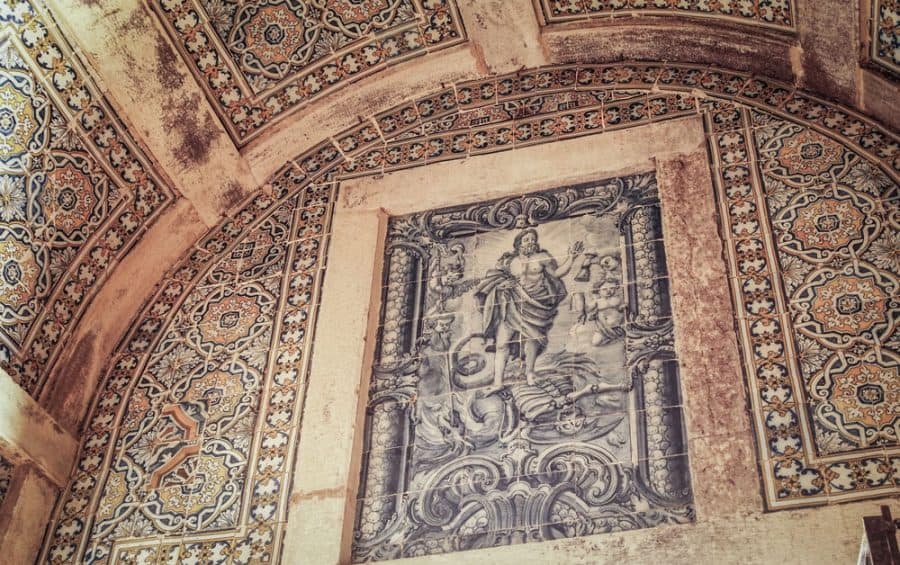 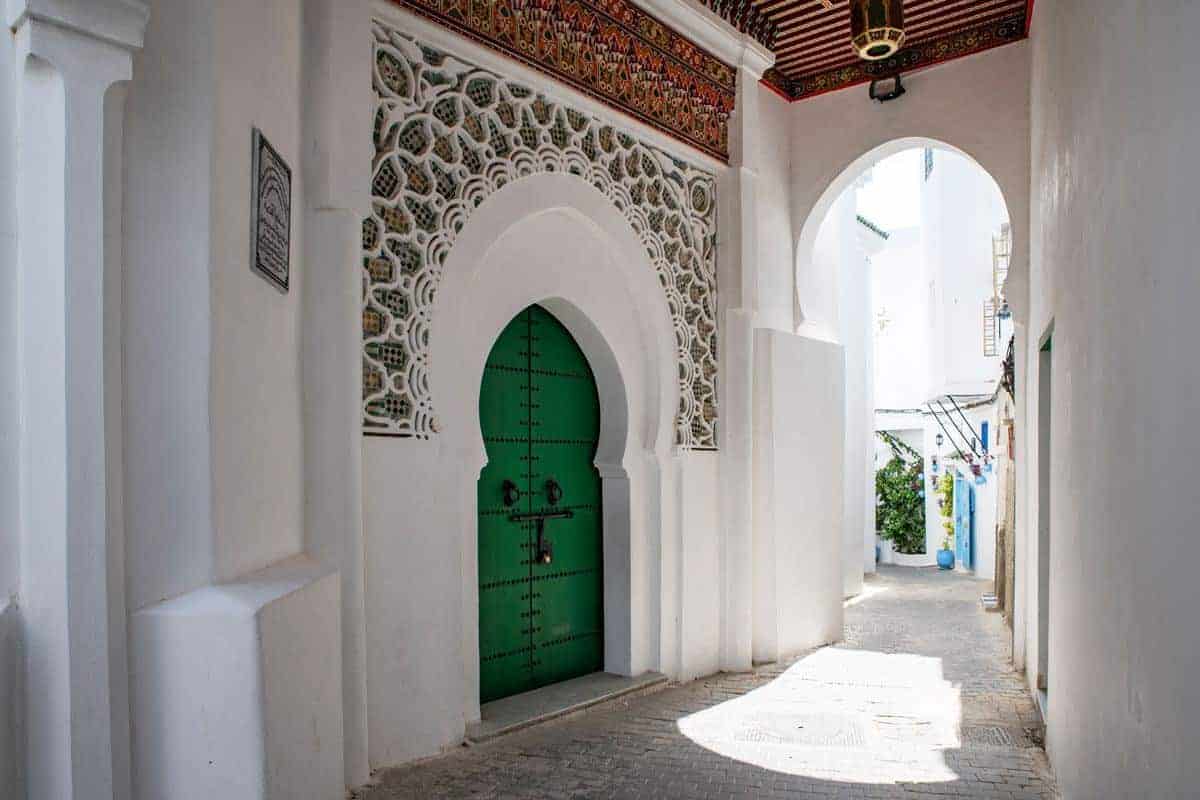 Previous
Best Things to do in Tangier Morocco [With Travel Guide]

Next
House Sitters Of The Caribbean

[…] Discover the Castle of the Knights Templar in Tomar Portugal […]

Stunning photos! I've always been so intrigued by the Knights Templar and am visiting Lisbon next spring, is this somewhat close?

Tomar is only around a 2 hour drive north east Lisbon, approx. 140km and really worth the trip. It is an incredible insight into the history of The Order of Templar.

How cool! I've never heard of this site before. It does look like it has a lot of history and in the interior of the church is stunning. I really like the shots you took of the arches and hallways.