Most people arrive in Costa Rica and head straight for the beaches, rainforests, and retreats Costa Rica is becoming popular for.

However, there’s plenty of reasons to stop in the capital before your big Costa Rica adventure and spend one day in San Jose.

Want to Know What to do in San Jose Costa Rica in One Day? 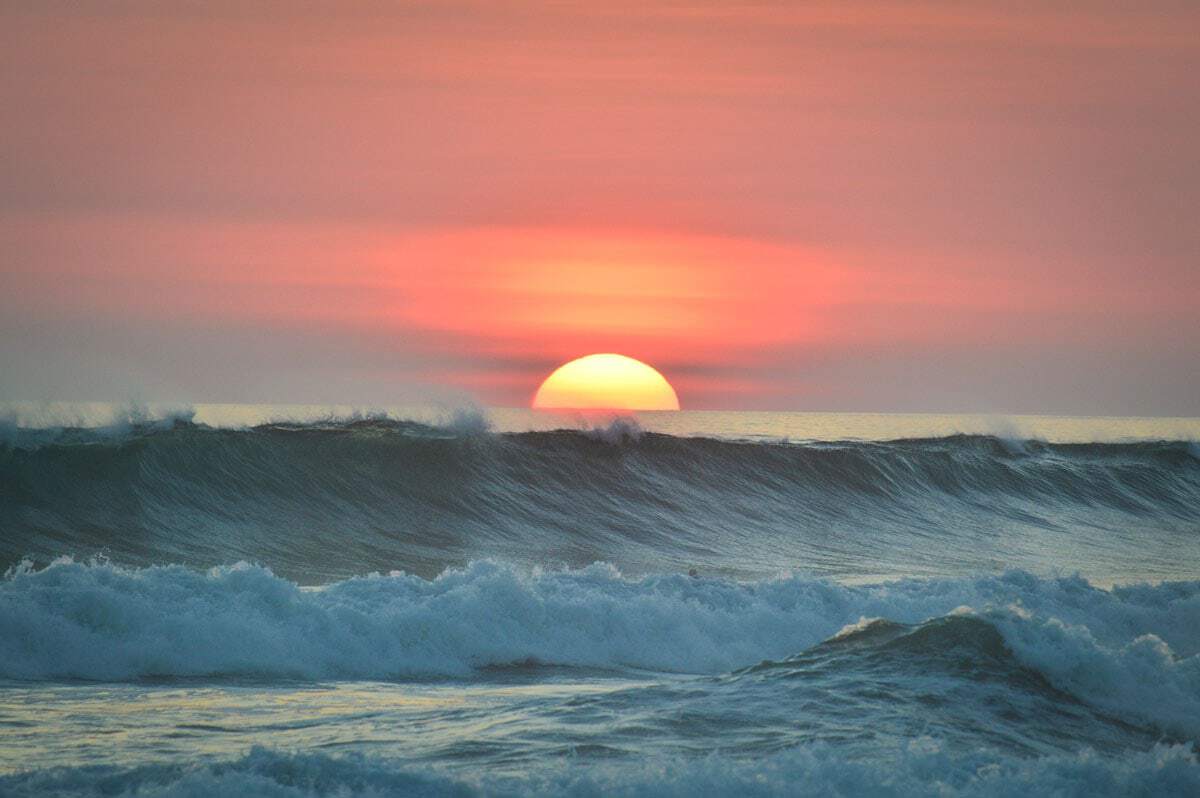 We often have preconceived ideas about destinations, especially cities. San Jose may surprise you. We were expecting an old colonial city, as you tend to find throughout Central America. A legacy of the Spanish, Dutch and English, but, San Jose is a young city compared to the rest of Central America. 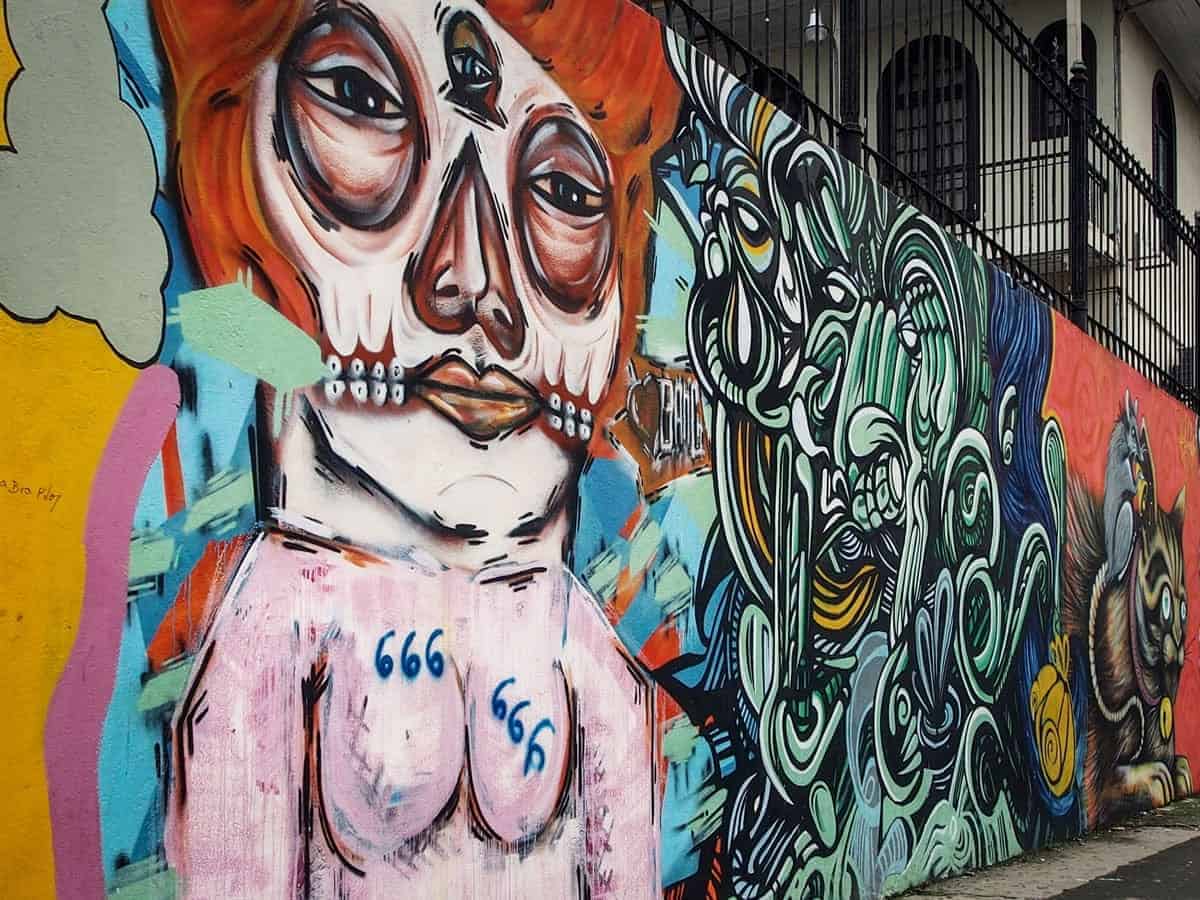 Costa Rica has suffered many severe earthquakes over the years.  While there are still some remaining examples of early colonial influence, the city landscape shows a capital that has forged ahead to become one of the wealthiest and most prosperous countries in Central America.

If you can spare a day en route to Costa Rica’s other more popular destinations, you might be surprised at what you find. 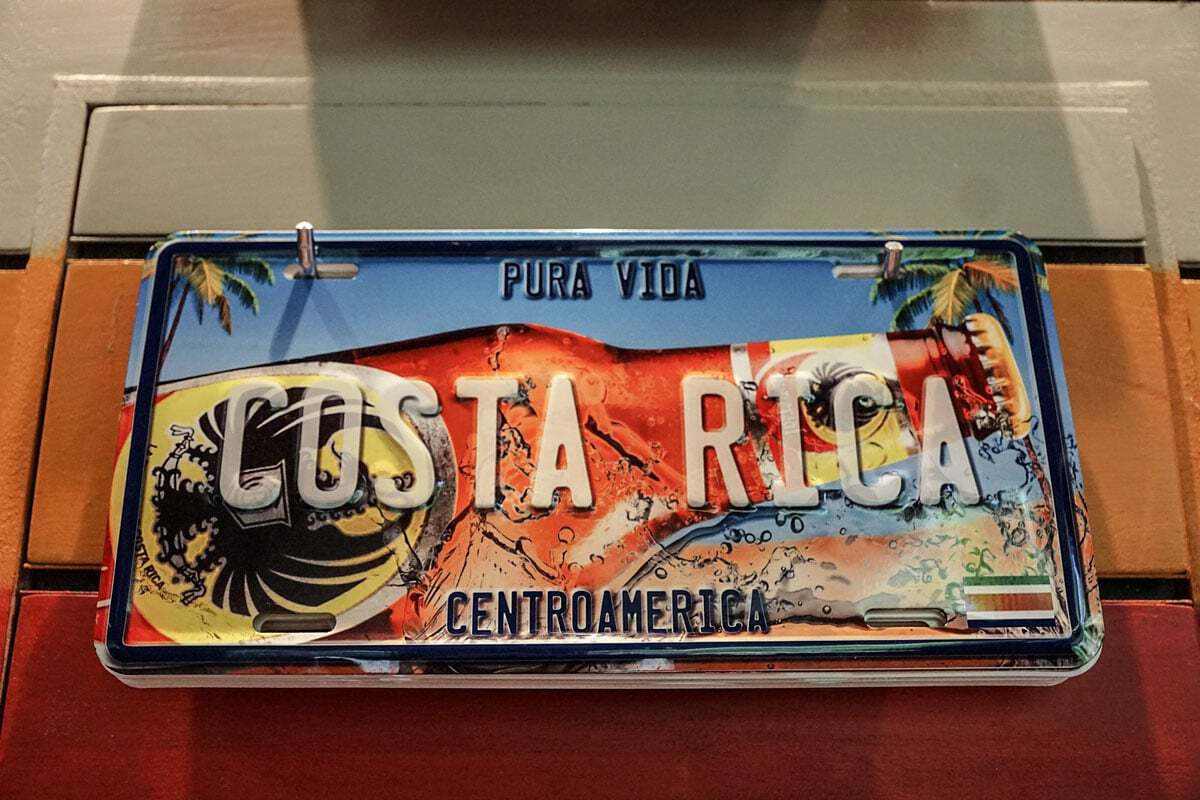 Here is a look at some of the best things to do in San Jose Costa Rica.

We can highly recommend taking a walking tour of San Jose. It’s the perfect way to get acquainted with a city in a short space of time.

Start with a guided stroll down San Jose’s downtown and the Avenida Central – Central Walk. It’s a fantastic introduction to San Jose. There are loads of restaurants, hotels and shops, local street vendors, street musicians and performers. 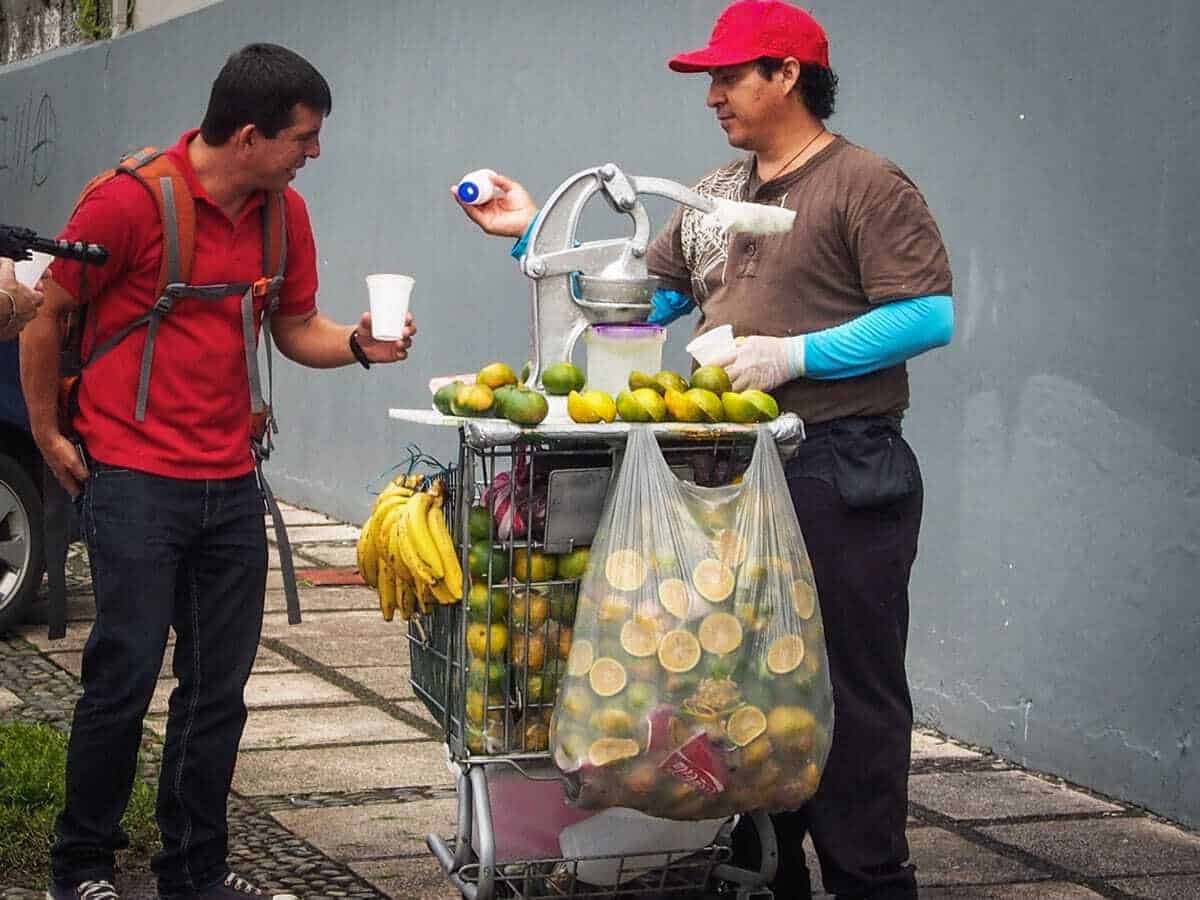 One of the best things to do in San Jose is mingling with the locals and experiencing local culture first hand. It is also a good starting point for reaching some of San Jose’s most famous landmarks. 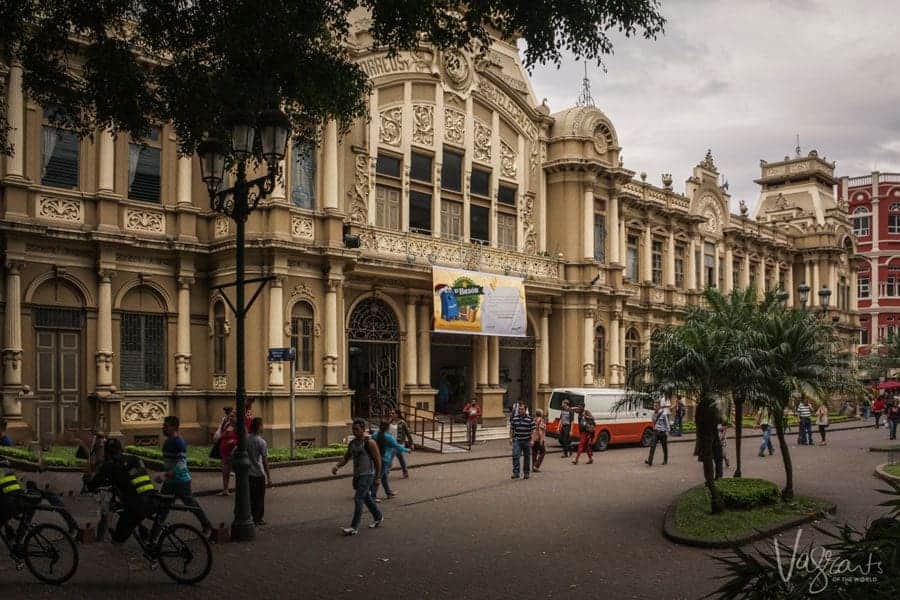 San Jose has many interesting architectural landmarks. Stroll the city and discover some of the more prominent ones, such as the Metallic Building.

One of the most photographed sites in San Jose, this unique building is a can’t miss in San Jose. Designed by a Belgium architect and inspired by the Eiffel tower, the building is now a children’s school. 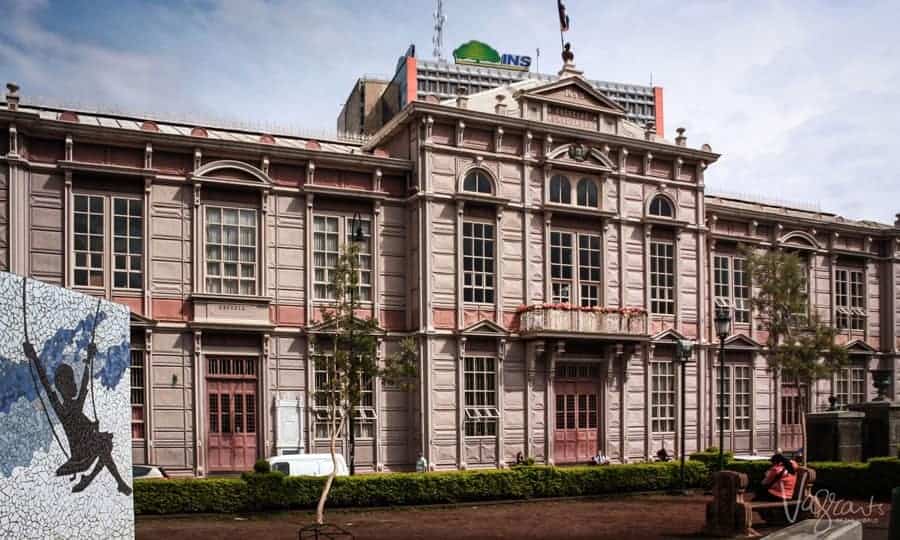 Entirely built from metallic pieces forged in Belgium in 1892 at the request of the Costa Rican government when the government declared free education for everyone in Costa Rica. It was shipped and later assembled in San José to house a pair of schools named for luminaries of Costa Rican education, Buenaventura Corrales and Julia Lang.

Completed in 1894, Esculela Metálica has been in constant operation for over 100 years. It is rumoured some of the steel is from melted down weaponry.

Built-in 1917 as a military barracks, the fortress is one of the most important buildings in Costa Rica. It is where former president Jose Figueres Ferrer abolished the army in the 1948 civil war. Many of the exterior walls still have bullets lodged in them. It became the site of the museum in 1950. 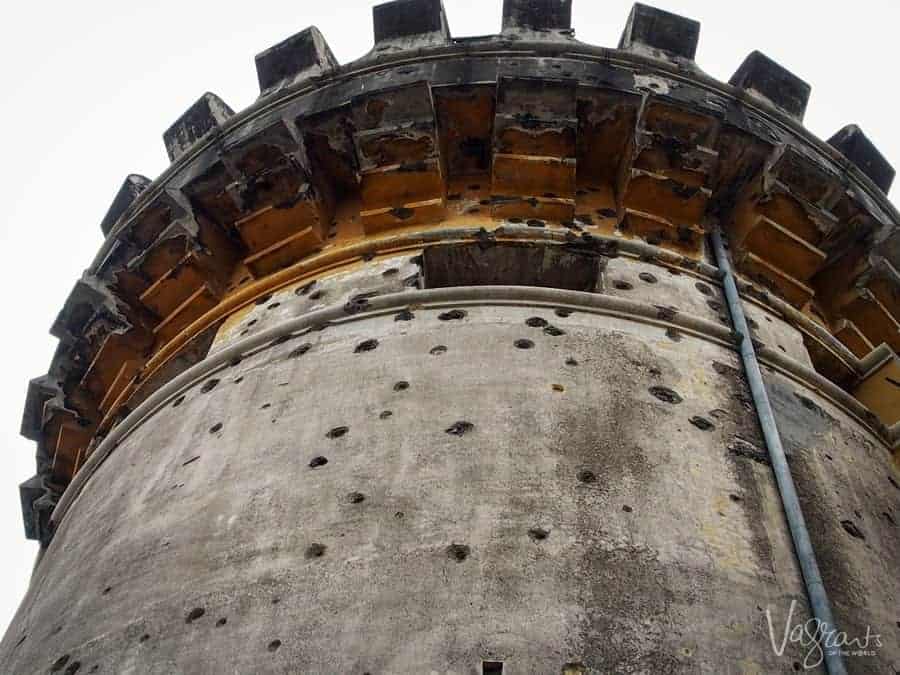 The historic building now hosts nine vibrant galleries. A number of these galleries are tempory so regularly offer new exhibits.

The exhibits at the National Museum range from modern art to history. To get the most from your museum visit; it is best to have a guide with you. 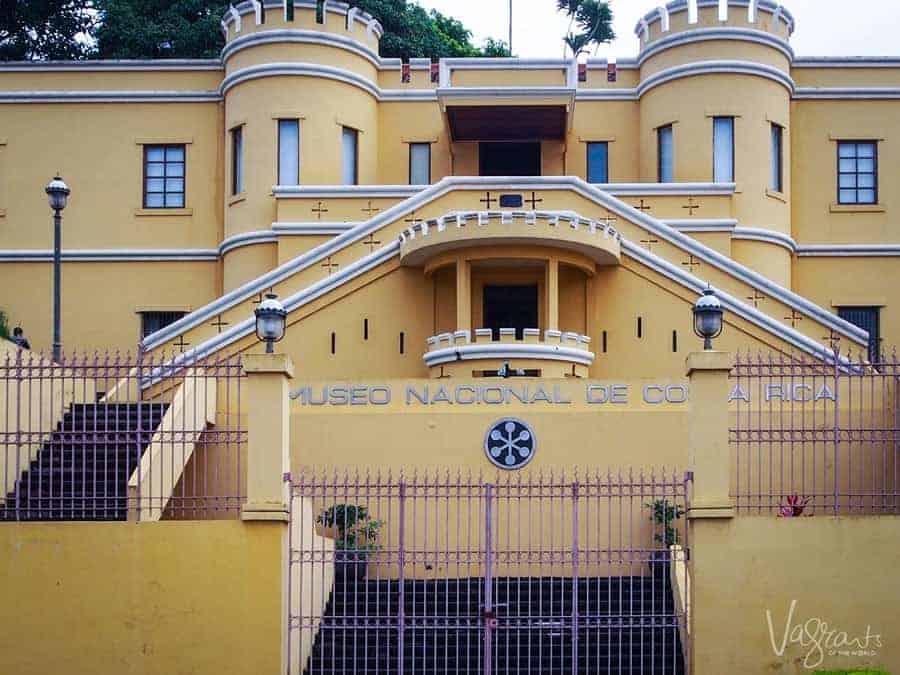 A highlight of the National Museum is the Butterfly garden. 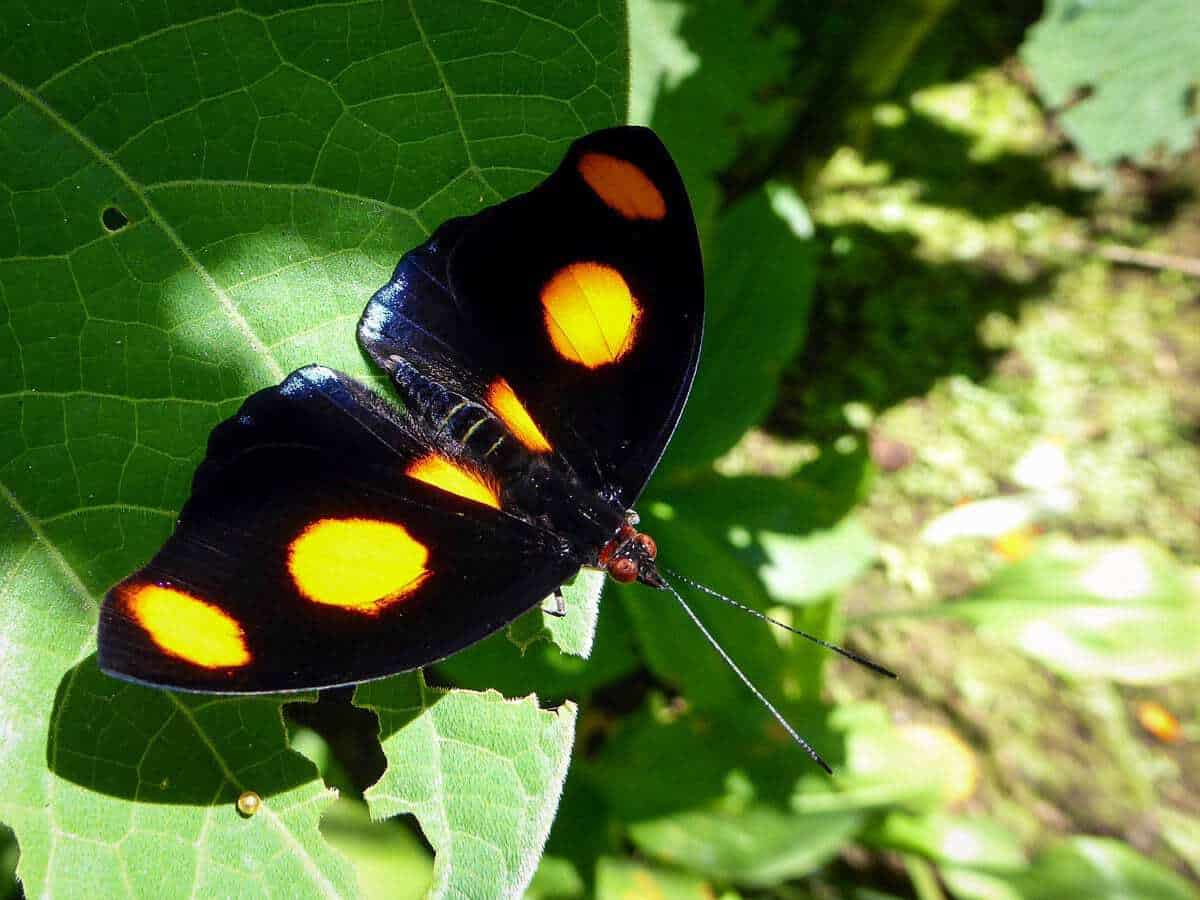 In addition to an extensive collection of pre-Columbian artefacts, the archaeological museum has the most extensive display of American jade in the world.

Formerly a jail, the children’s museum is one of the best cultural destinations in San José for both its location and content.
Located on the hill in a medieval castle; it offers beautiful views of the city and is an excellent place for families to spend an afternoon of exploration and education with many hands-on exhibitions and presentations.

This museum contains an extensive collection of Pre-Columbian gold dating back to 500 A.D. Located under the Plaza de la Cultura; the Meso del Oro Precolombio is a well worth a v for learning about the global history of gold and seeing Media Escudo, Costa Rica’s first coin

The National Theater of Costa Rica

The Teatro Nacional was constructed in 1891 with funds raised from a tax imposed on coffee exports for this specific purpose.

The Venetian inspired building, completed in 1897, was plagued with construction issues so took seven years to complete. 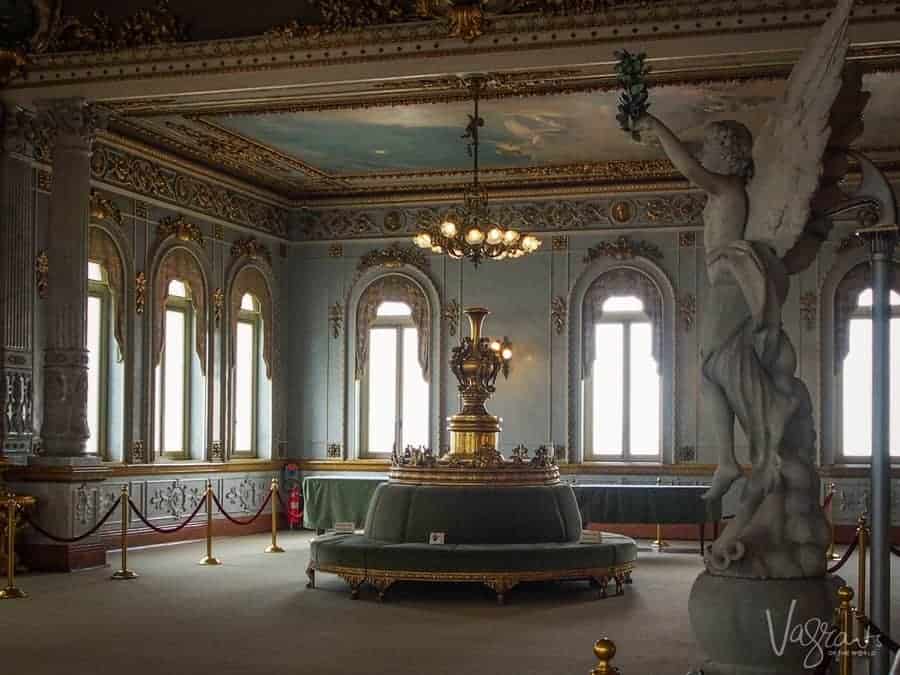 The story goes; at the grand opening, the audience was asked to bring their own chairs. The ship carrying the finely crafted furniture from Venice had run aground and sunk on its voyage to San Jose. Another order was dispatched from Europe and eventually the elegant interior you see today was complete. 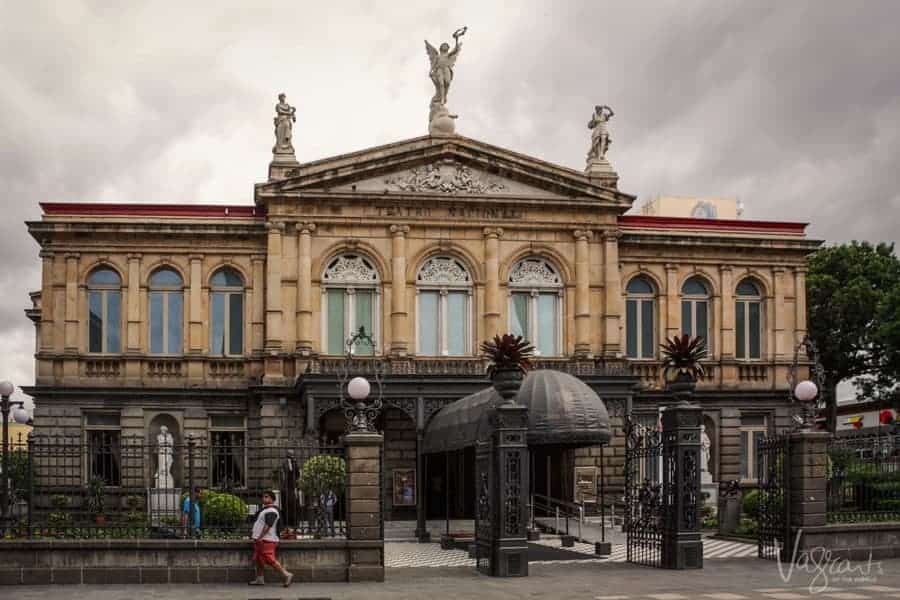 The theatre stages a variety of shows throughout the year and is a great source of national pride.

The historic building is best explored with the help of a guide, especially for explanations on features such as the painting Alegoría al café y el banano. A guide may also enable you better access to specific areas.

The Central Markets are where you head to explore an authentic Costa Rican market.

Mercado Centrale sells everything from fresh produce, entire stalls dedicated to fresh herbs and flowers, hats, coffee even cigars. Like most markets, you will find a dizzying array of things to buy, lining a maze of narrow alleys. 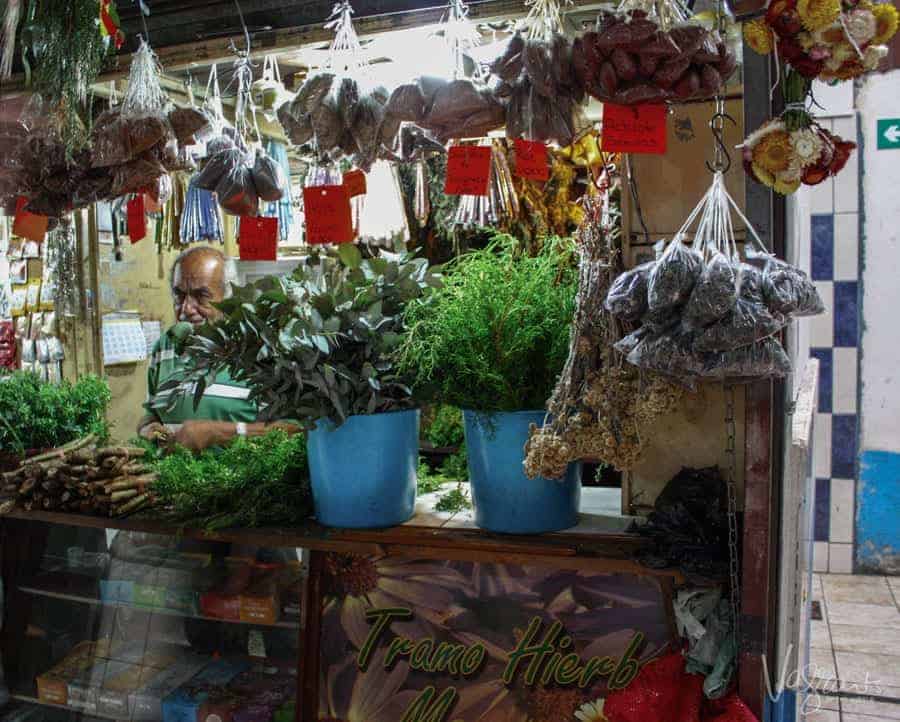 Many of the San Jose sightseeing tours include this market as it’s one of the most important places in the city. 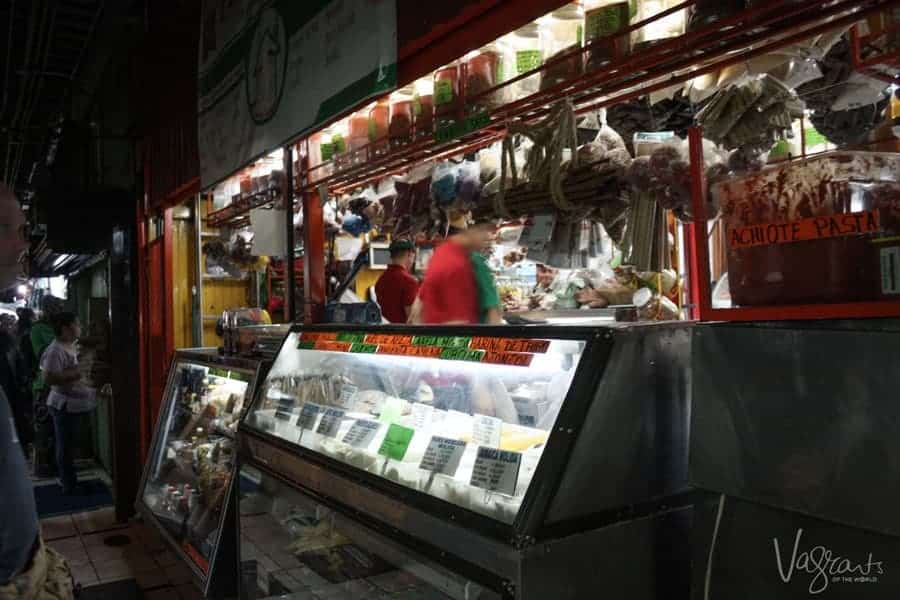 Lunch at the Central Market

What you will also find at the Central Market is a large selection of small market style cafes and cafeterias. The Market is where the locals come for lunch. You will find excellent home-style Costa Rican cooking at a very reasonable price.

Related: Learn more about Costa Rican food and the best dishes to try. 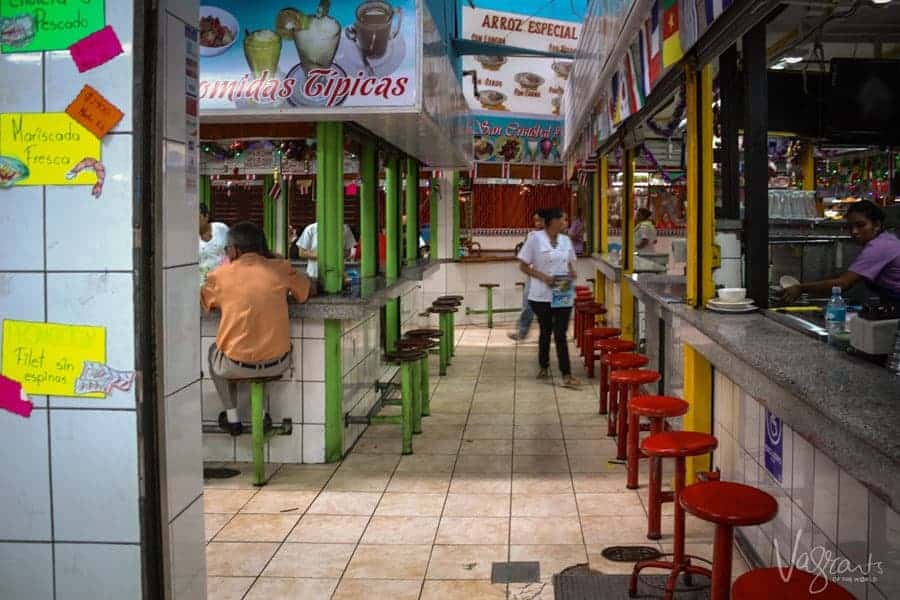 From around 11.00am onwards these eateries are turning over hungry patrons at a great rate, each of them vying for your business. It’s almost too hard to decide where to eat. But where ever you choose, you won’t be disappointed or out of pocket. 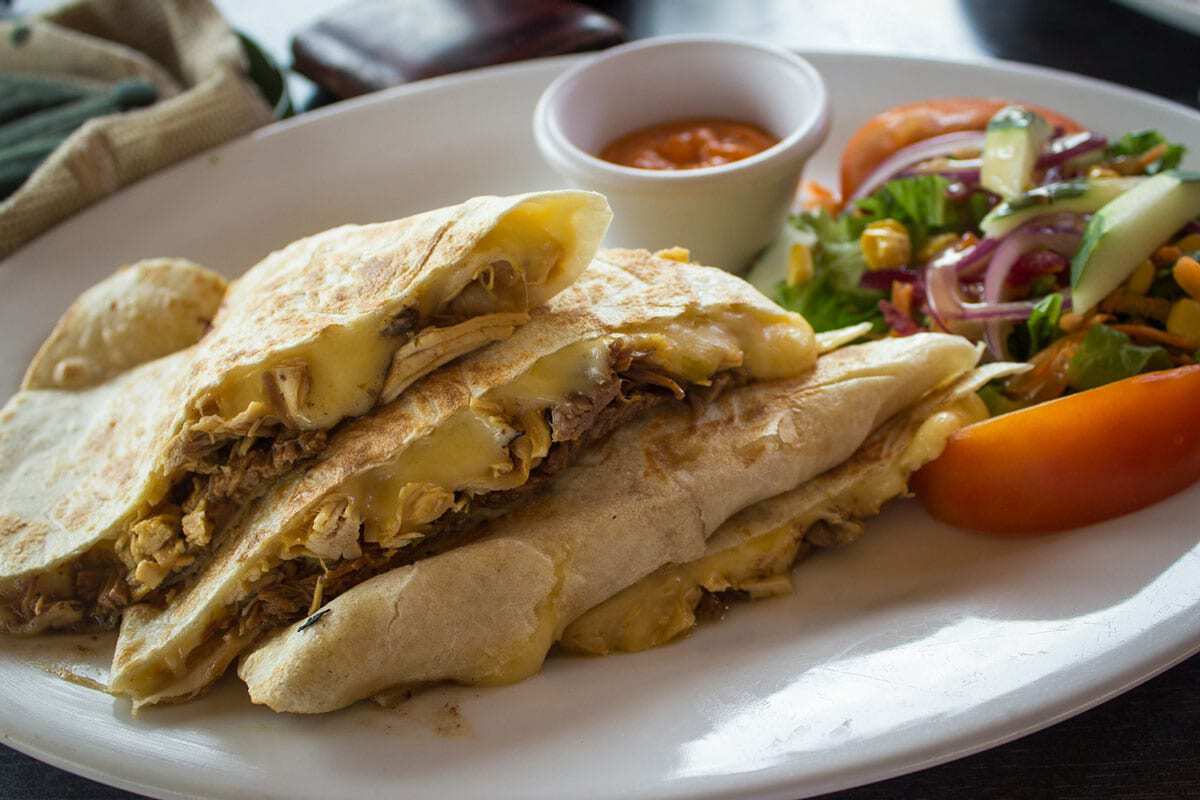 San Jose is loaded with vibrant street art and public art installations and spaces. The old rum factory, now transformed into the Museum of Contemporary Art and Design, with art galleries, an open auditorium for events, and a museum of Modern Art.

The area also boasts some impressive installations and contemporary art. The old structures of the rum factory have been restored to feature the pipes, pumps and tanks. The open auditorium is set against lush garden full of tropical plants. 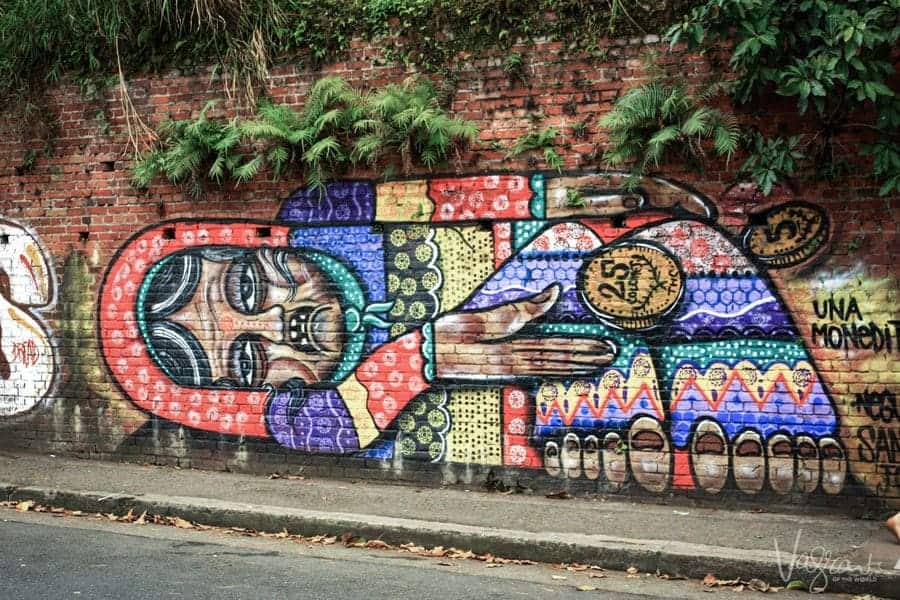 Another favourite gallery is The Costarican Art Museum is an indoor-outdoor museum in a historic building showcasing the works of Latin American artists.

Don’t like galleries? Take to the streets; there’s loads of art on display throughout the city. Many of the better walking tours will include this as part the tour as it is very relevant to the story of San Jose. 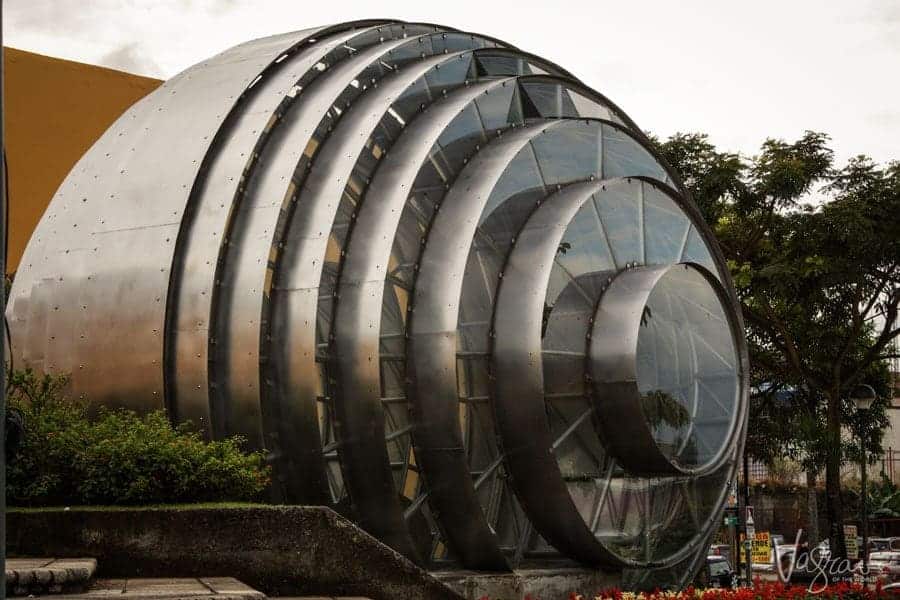 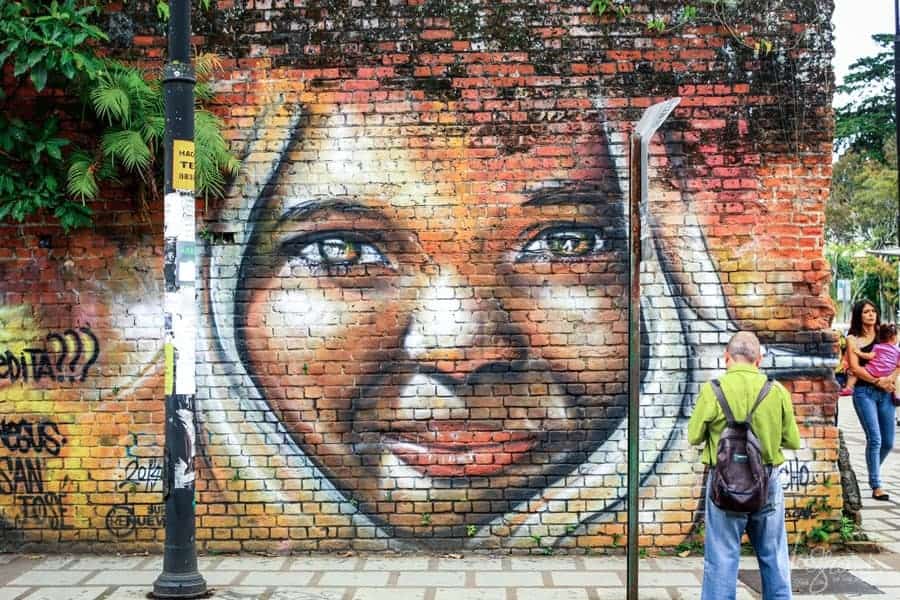 The craft beer scene in Costa Rica is still a small, but it’s growing every year. So, naturally, one of the best things to do in San Jose these days is to tour some of the local microbreweries to sample of the best craft beers in the country. Experience the flourishing local pub scene and Indulge in perfectly paired Costa Rican tapas. 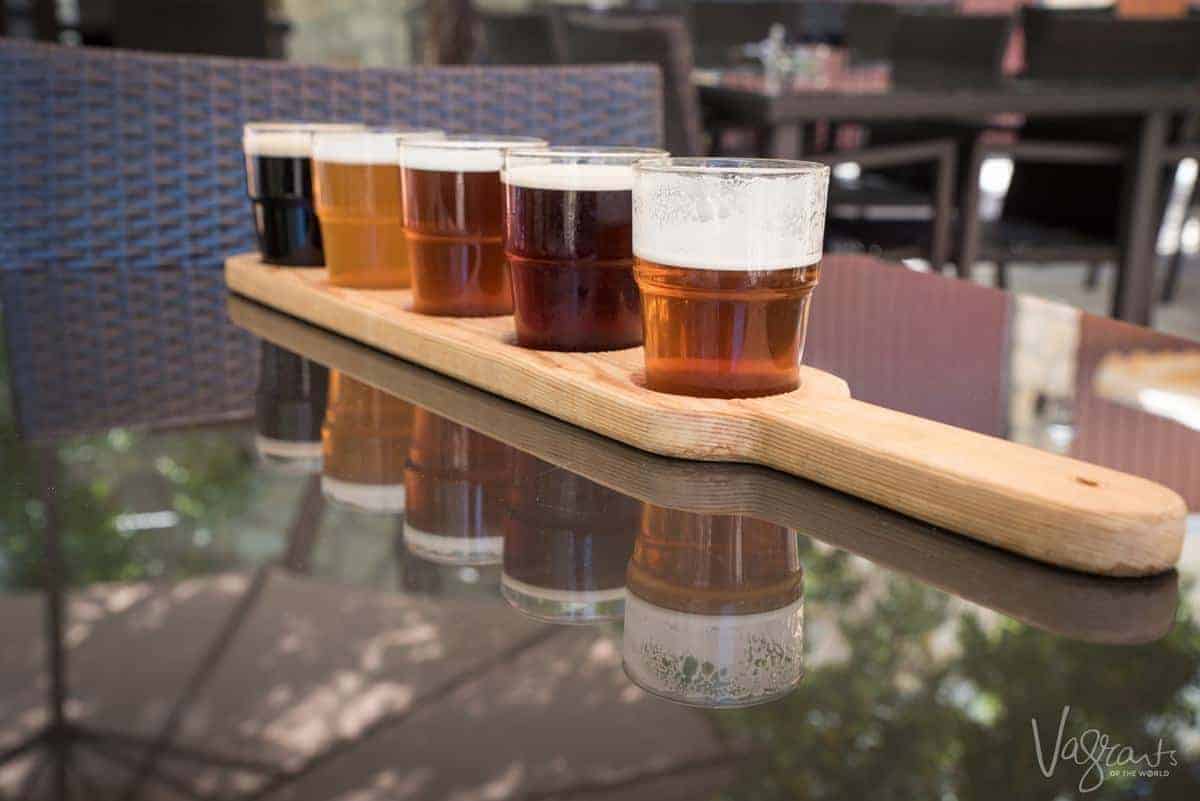 Enjoy the Parks and Outdoor Spaces

San Jose has a surprising amount of beautiful gardens and public spaces. All are aimed at giving city dwellers green and usable pedestrian space within the busy city.

Many of the parks are also historically significant to the city. These are some of the more popular parks and spaces worth a visit. A cities open spaces speak volumes about the style of the city. 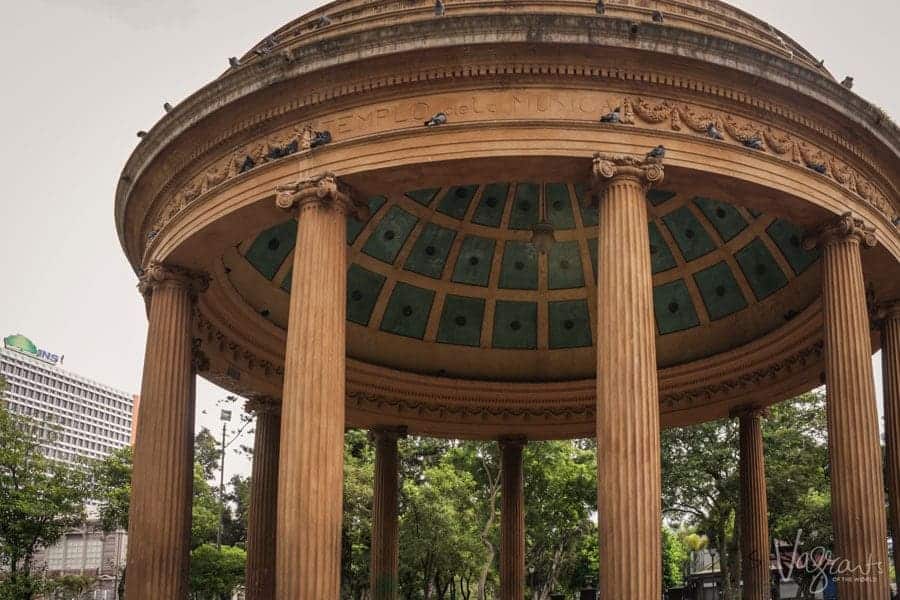 The iconic park established in 1895, features the bronze National Monument of Costa Rica.

A popular public square and meeting place above the Museum of Pre-Columbian Gold dominated by a fountain and green spaces.

One of the most popular parks in San Jose. The 19th-century park is home to the Templo de Música, a neoclassical bandstand. 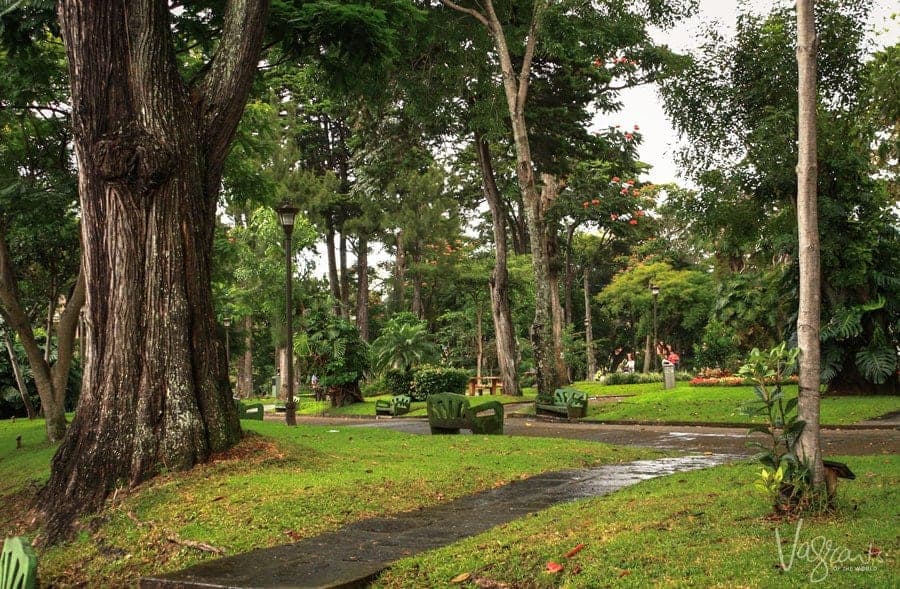 Where We Stayed in San Jose

We stayed at the Hotel Presidente, a boutique 4-star hotel situated right on the main mall of central San Jose, walking distance to the majority of San Jose attractions. We loved the service at this hotel so much, we have stayed there twice. See this guide on where to stay in Costa Rica when planning the rest of your Costa Rica itinerary. 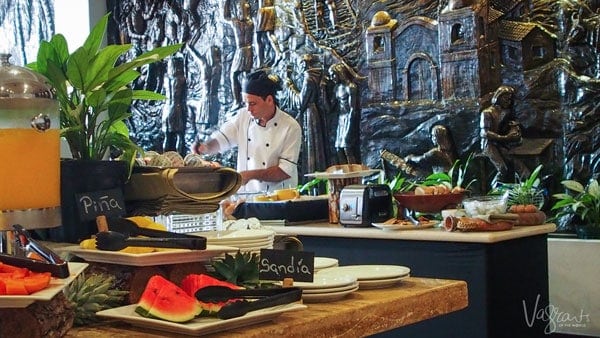 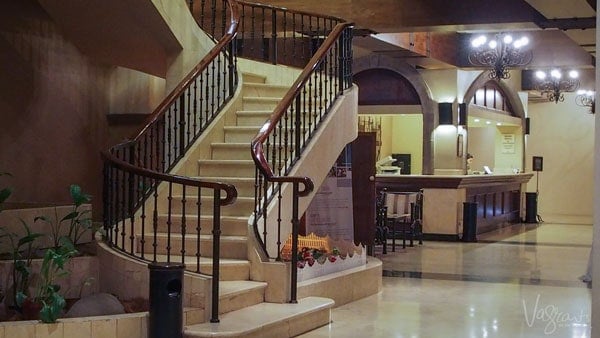 Ready to see more? Check out these 7 Awesome Day Trips From San Jose.

Heading from Costa Rica to Nicaragua? Find out More Here 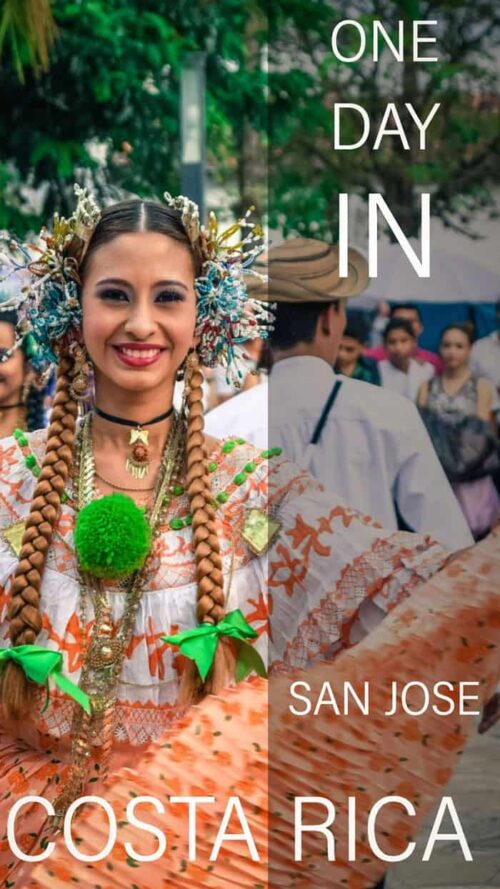