The Myth and Mystery of Bran Castle Transylvania

Home >> The Myth and Mystery of Bran Castle Transylvania

“I want you to believe…to believe in things that you cannot.”
― Bram Stoker, Dracula

Welcome to Bran Castle, Transylvania.
Commonly known as Dracula’s Castle, discover the real story behind the magnificent Bran Castle and their most famous fictional resident.

As we ascended the stairs to Bran Castle in the Carpathian Mountains of Romania; as if on cue, a strong cold wind swept up from the valley, cutting through the warm sunny day. Black clouds descended upon us as if Count Dracula himself had made his presence known. It was the stuff of Hollywood movies. 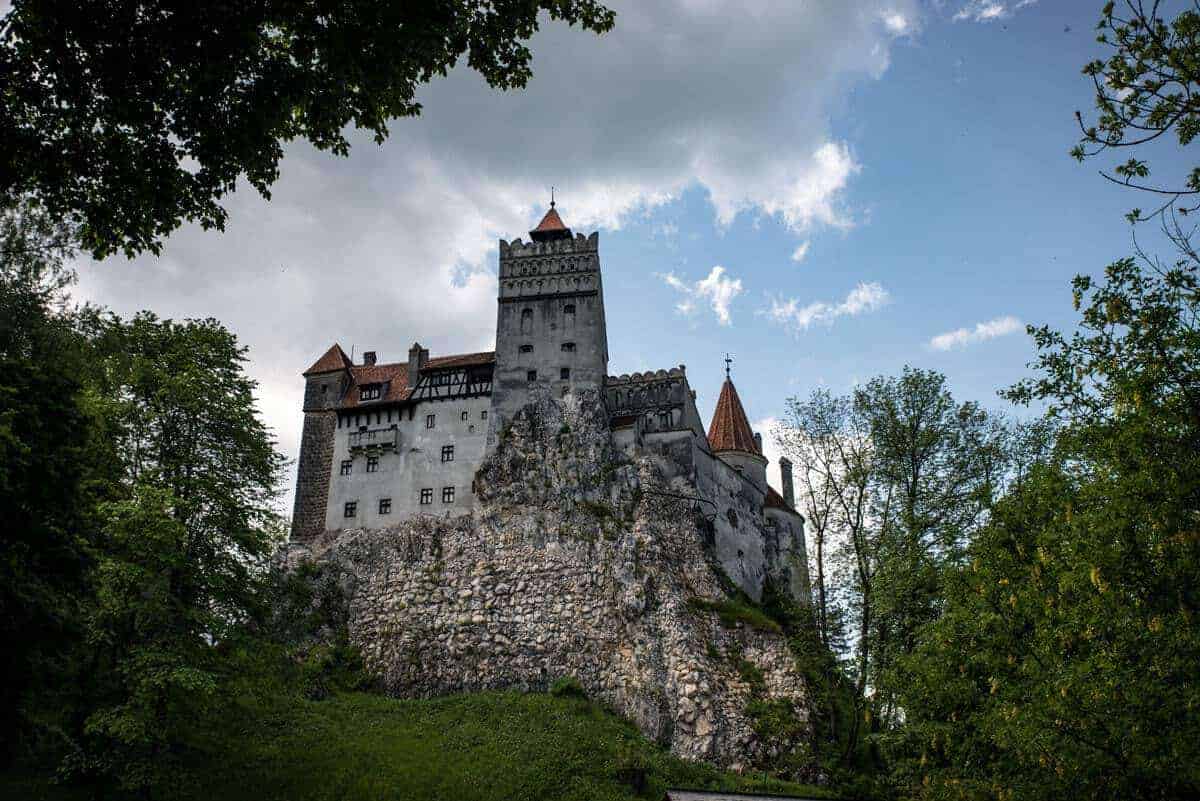 The inspiration for the fictional character of Count Dracula is as ghoulish and intriguing as the story that made both Bram Stoker’s Dracula and Bran Castle (Dracula’s Castle) famous.

Folklore and History of Romania

Romanian history is steeped in supernatural folklore. It was the lore and legends of Transylvania that allowed Stoker to piece together his macabre tale, bringing together a mix of myth and some sinister and infamous characters throughout Romanian history.

Bram Stoker never actually travelled to Romania but describes many real locations and captures the essence of the Transylvanian landscape. So much so, it is easy to be swept up in the legend as you drive through the Carpathian Mountains of Romania, past dark, ancient forests, on your way to Bran Castle. 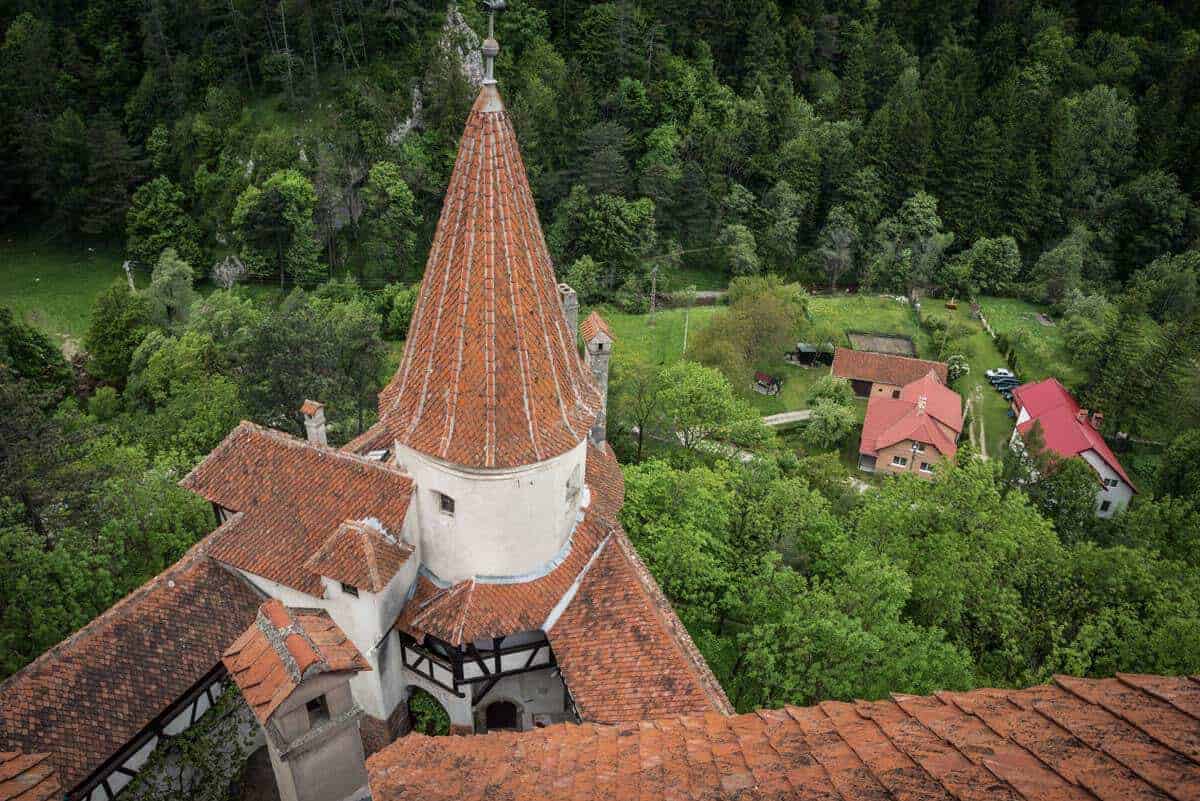 A view over the Parapet of Bran Castle

The Legend of Dracula – The Inspiration for Dracula

Two of the most infamous figures in Romanian history formed the inspiration for the character of Count Dracula.

First, we have the son of Vlad Dracul, Vlad Tepes Dracula, or Vlad the Impaler as he is best known. (Dracul, is a kind of nickname meaning bad blood or son of Satan)

Then we have one of most prolific female serial killers in history, Countess Elizabeth Bathory who was also a big inspiration for the character of The Count.

Elizabeth Bathory was responsible for torturing and killing hundreds of young women between 1585 and 1610. The countess displayed vampiric tendencies by drinking and bathing in the blood of young virgins in the belief she could attain eternal youth.

The Bathory family ruled Transylvania as an independent principality of the Kingdom of Hungary, so she never faced trial for the murders. Although not tried, authorities later imprisoned her until her death. So in essence, Dracula was just as much a She as a He.

During peak season, mid-July to late August, you can expect big crowds at Bran Castle and possible waiting times.

We recommend arriving early during these times to beat the crowds.

Information on opening hours further on.

Related: Discover the best time to visit Europe with tips on what to by season. 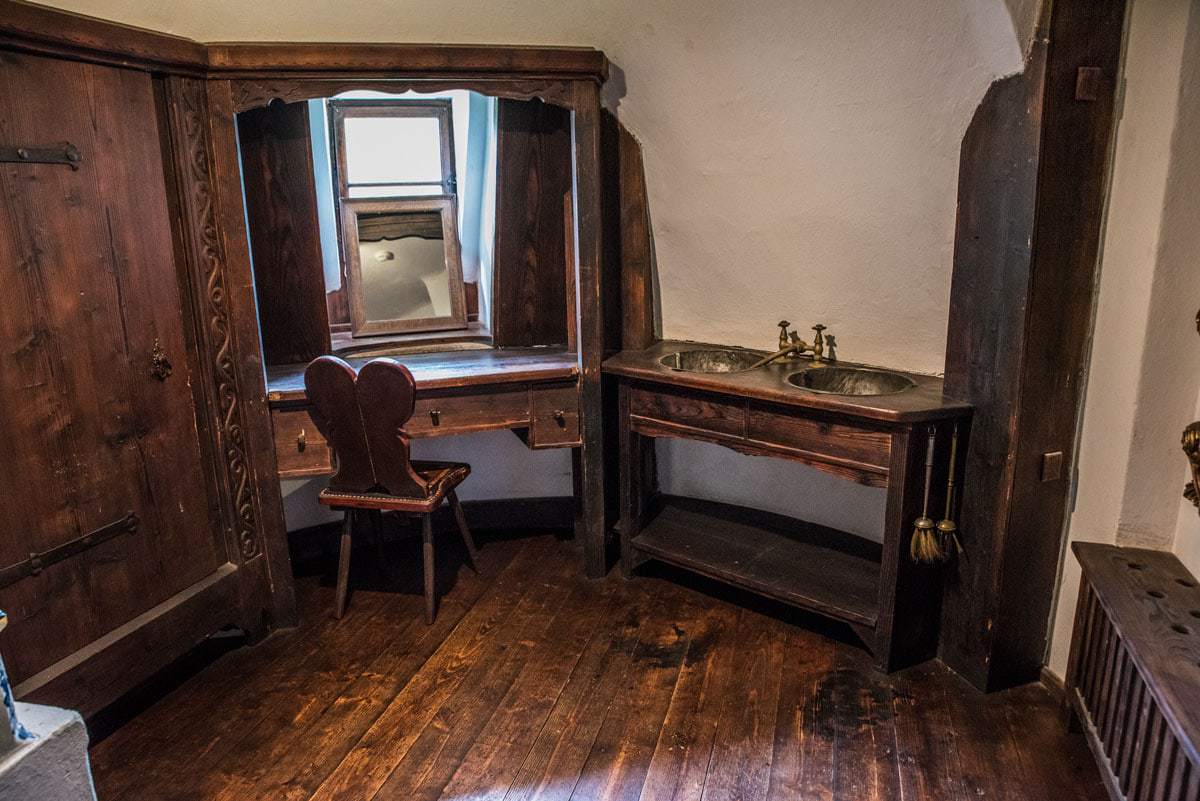 How Did Bran Castle Become the Home of Dracula?

It is said; the only association these historical characters have with Bran Castle is when Vlad the Impaler tried to overrun the fortress, it was possible he was eventually imprisoned in the dungeon there.

It is only through the detailed descriptions of the castle in Stoker’s book, and it’s location does Bran Castle become the home of Dracula. 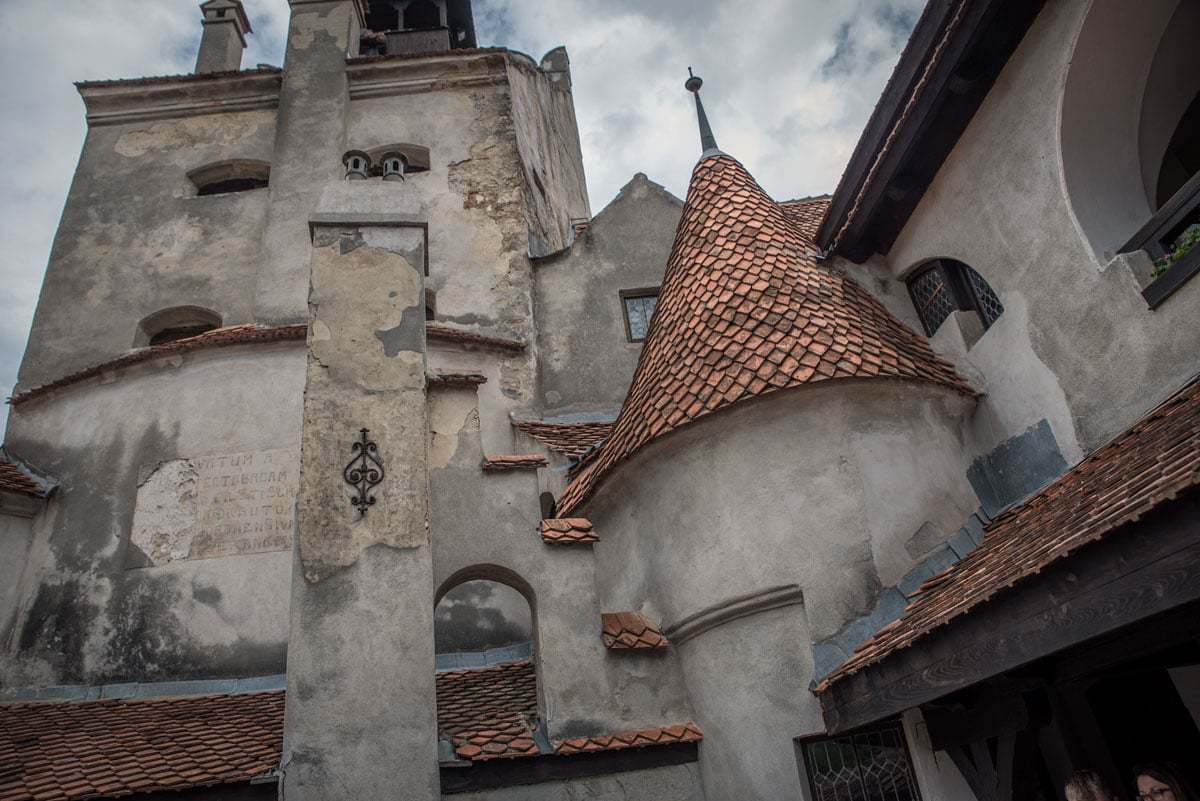 Despite the foreboding exterior and, a sudden and dramatic change in weather, the interior of Bran Castle is quite homely, in a castle kind of way. 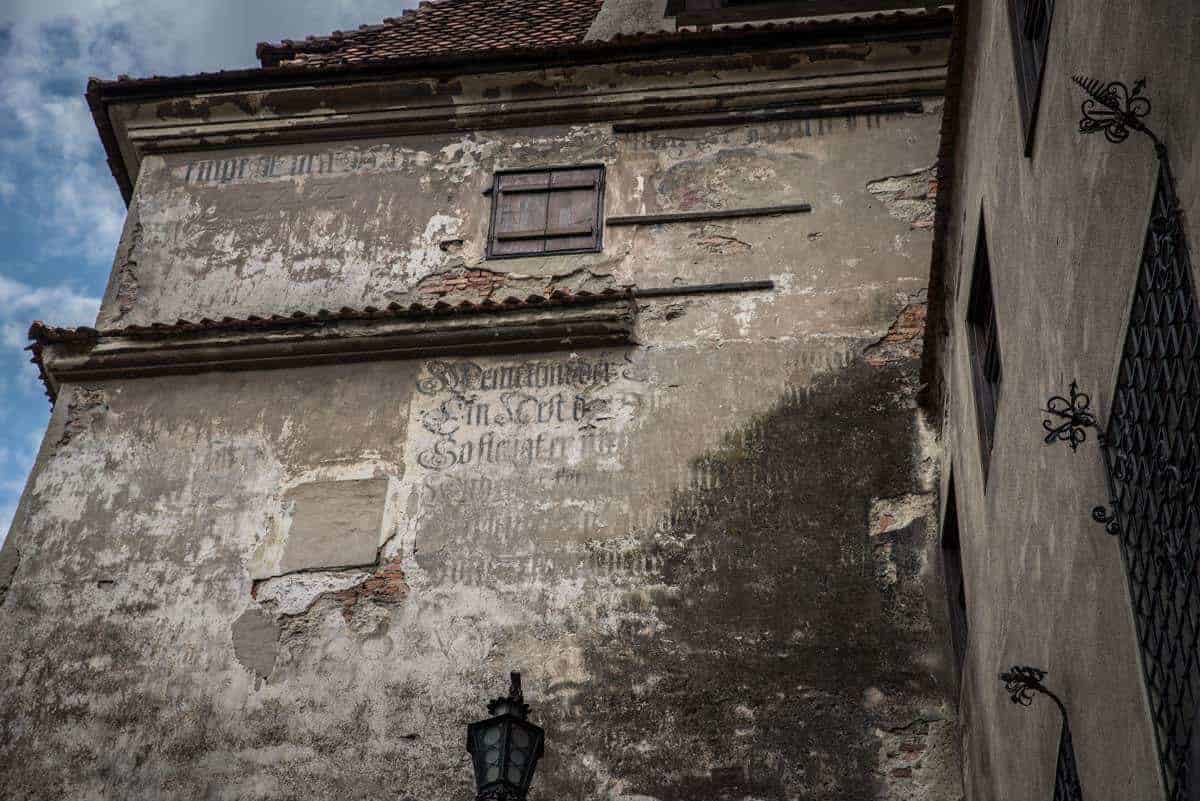 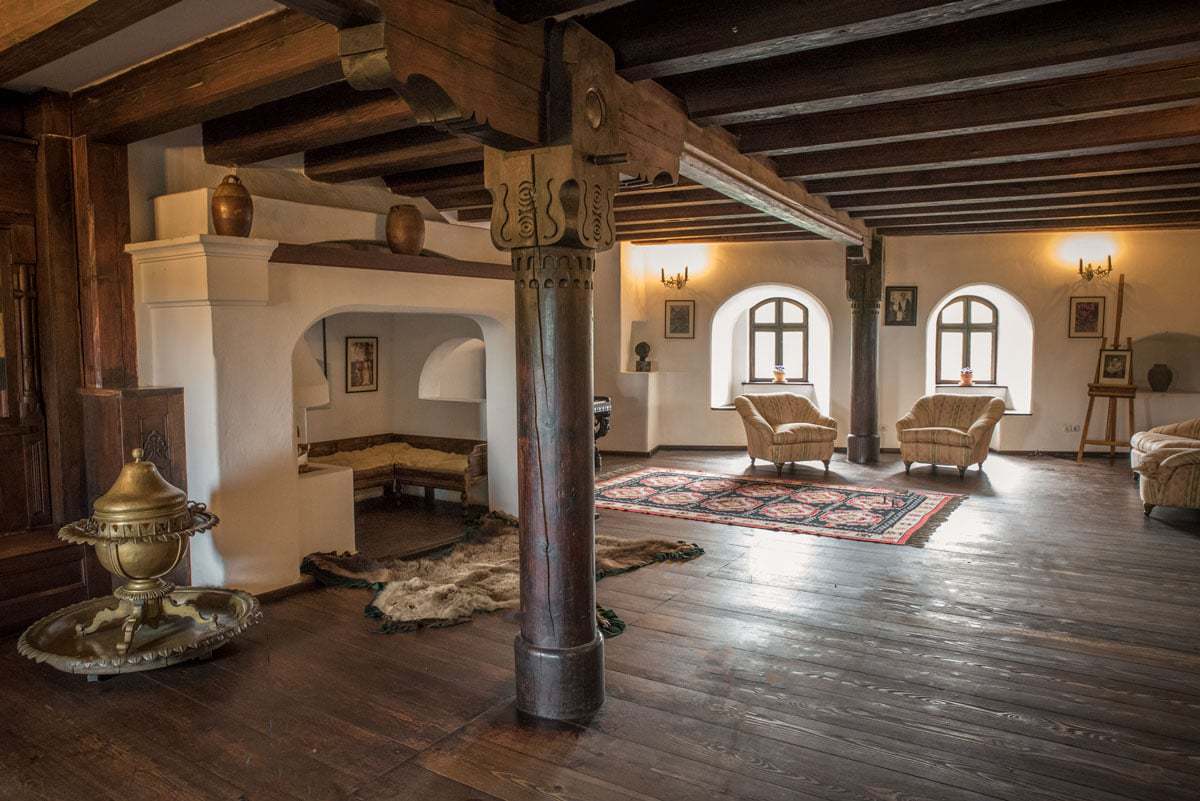 Throughout the following years, the castle fell into decay.  In 1920 it was given to Queen Maria of Romania after Transylvania became part of Greater Romania. After a nine-year restoration, Bran Castle remained a favourite royal residence until communism forced the royal family from Romania. 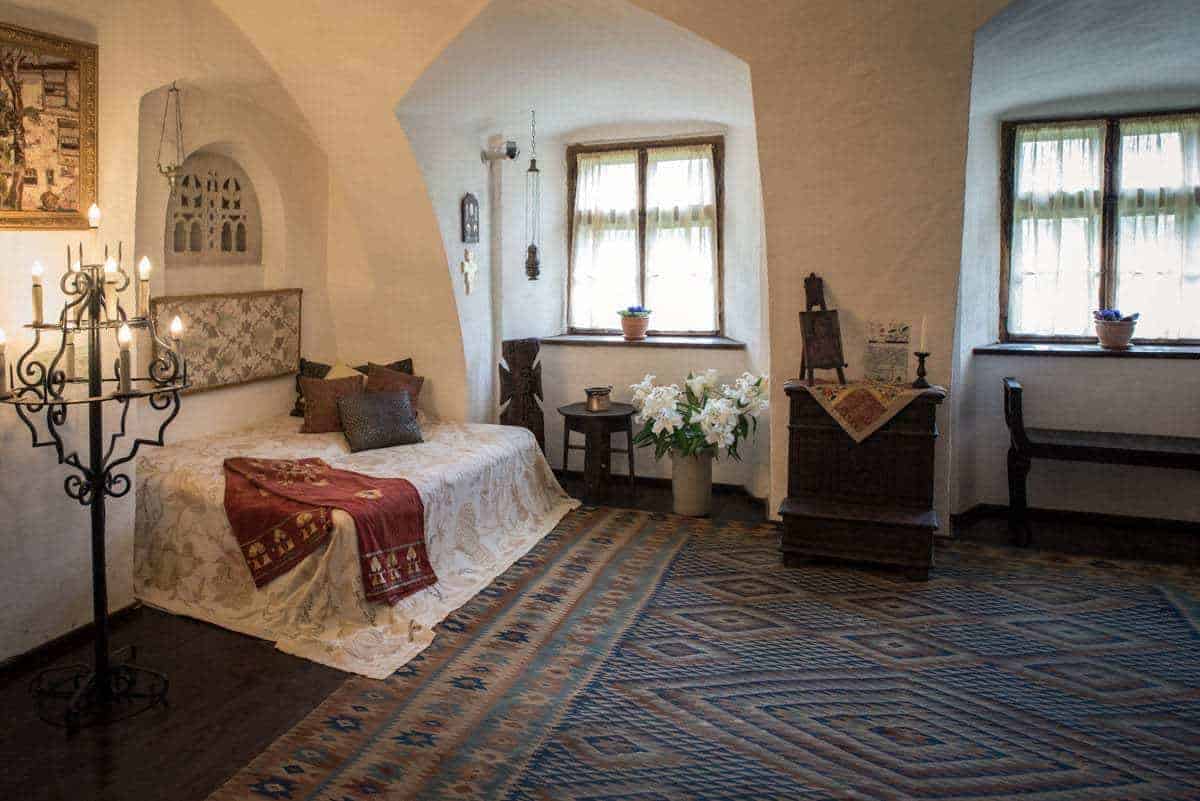 The castle has since been returned to the royal family and is once again privately owned.

While many of the items seized by the government during communist times were never recovered, the castle was restored as a museum dedicated to the memory of the royal family of Romania. One can’t help but feel the decor might be just a little Dracula inspired. 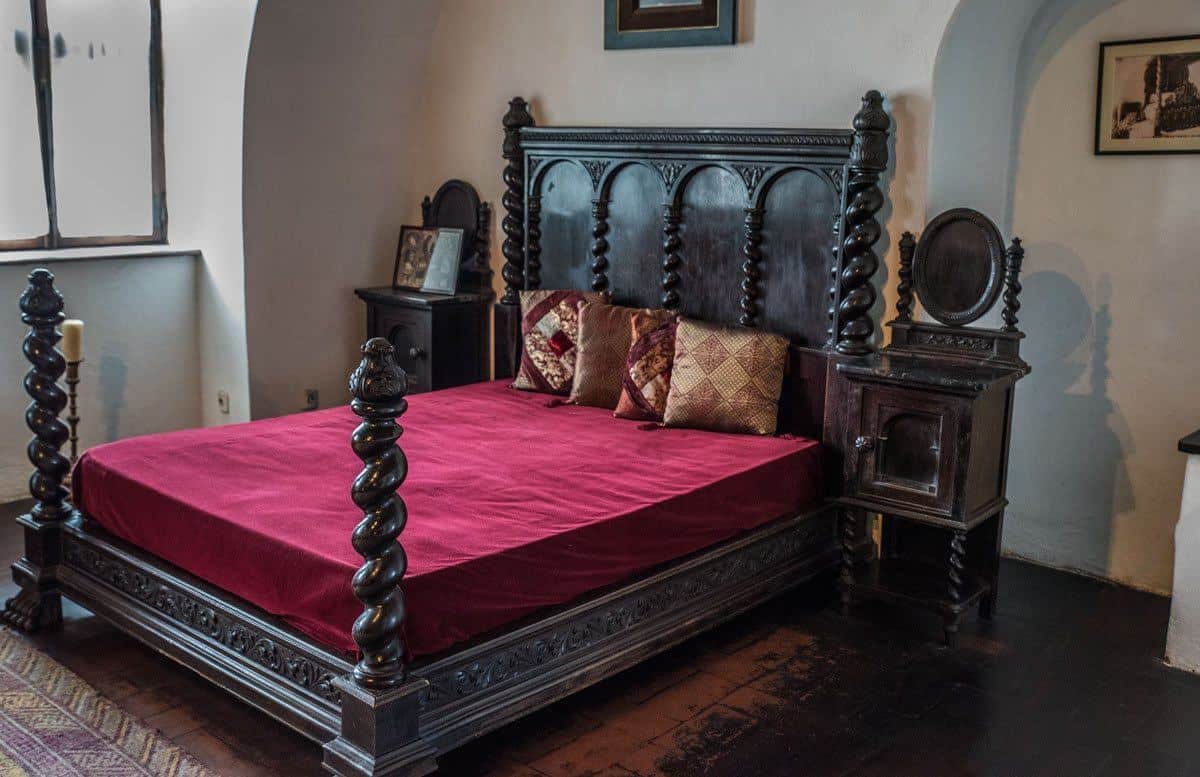 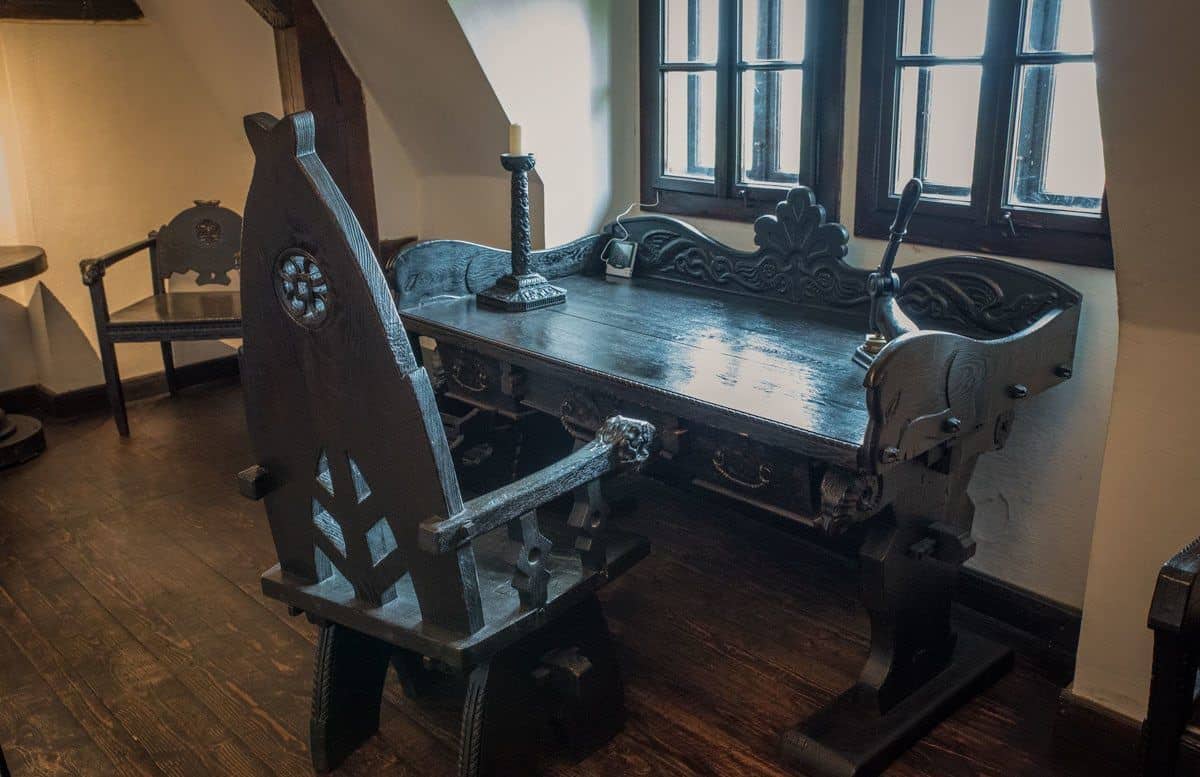 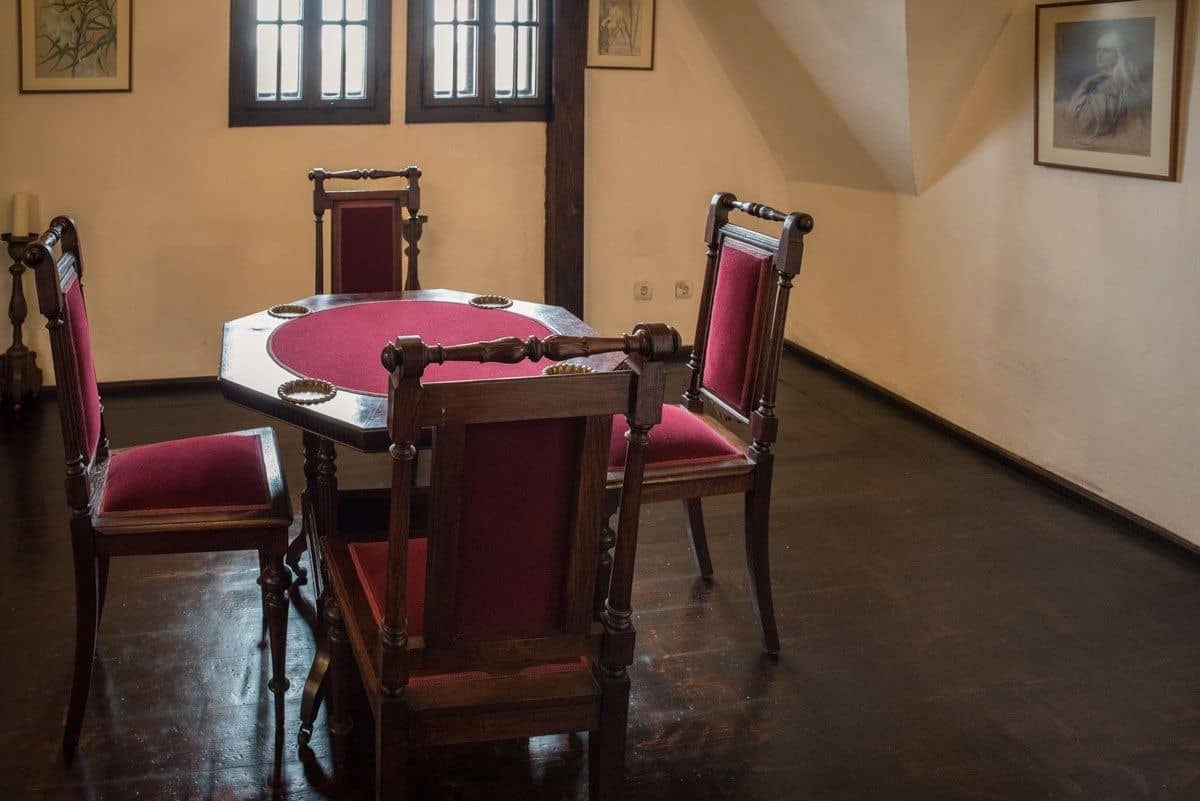 The Popularity of Dracula – Vampire Hunters

Interestingly enough, due to communism, most Romanians were unaware of the interest in Bran Castle and Transylvania until long after communism fell.

Supernatural enthusiasts would come to Transylvania during communist times in search of Dracula’s castle, and to explore the supernatural phenomenon supposedly associated with the region. Most left disappointed at the lack of interest given to the subject by most Romanians.

More recently, though, Transylvania has embraced the popularity of Dracula and welcomes vampire hunters with open arms. 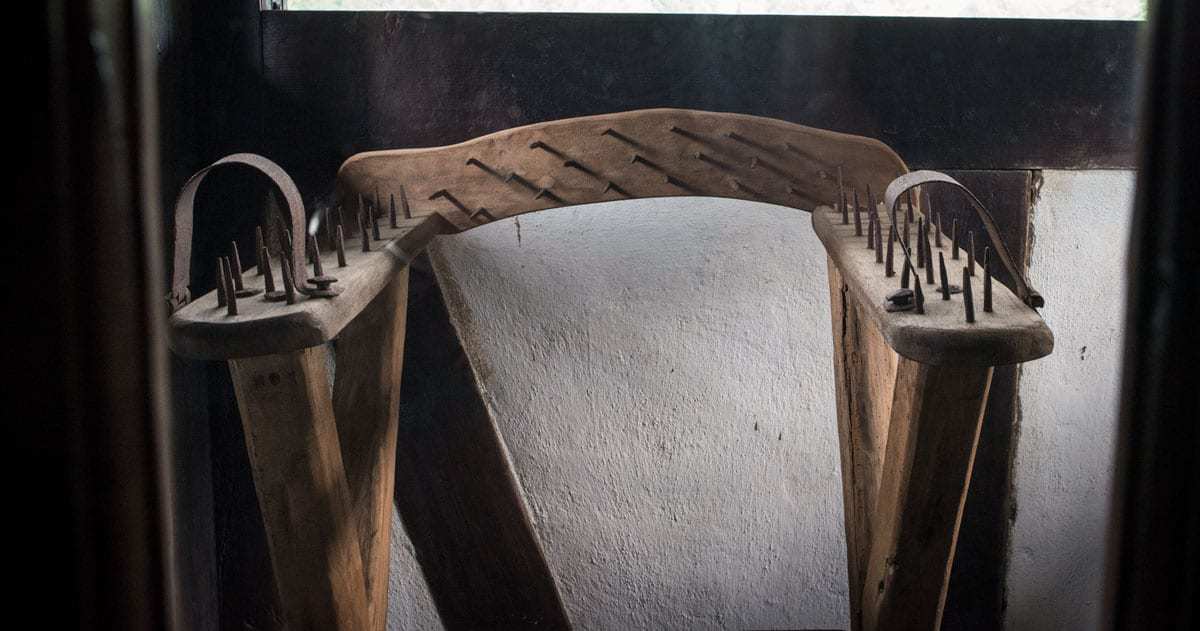 Exhibition of Medieval Instruments of Torture

Bran Castle is hosting a temporary exhibition of Medieval Instruments of Torture collected throughout Eastern Europe.

The exhibition is an additional entry to the castle but a fascinating insight into the times when the castle was at its political peak. Let’s just say; there is nothing funny about the instrument called the Spanish Tickler. An exhibition fitting the Count perhaps. 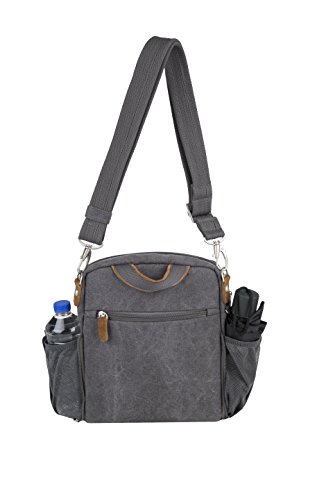 Bran Castle is not entirely about the business of Dracula. Surrounded by beautiful gardens and the stunning Transylvanian countryside, the castle is the perfect setting for outdoor events.

During the summer season, Bran Castle hosts outdoor events such as jazz and classical concerts, children’s fairytale events and special movie screenings in the castle grounds. At other times of the year, such as Halloween, the castle will host night tours. Sometimes, there is even the possibility to sleep in Bran Castle. 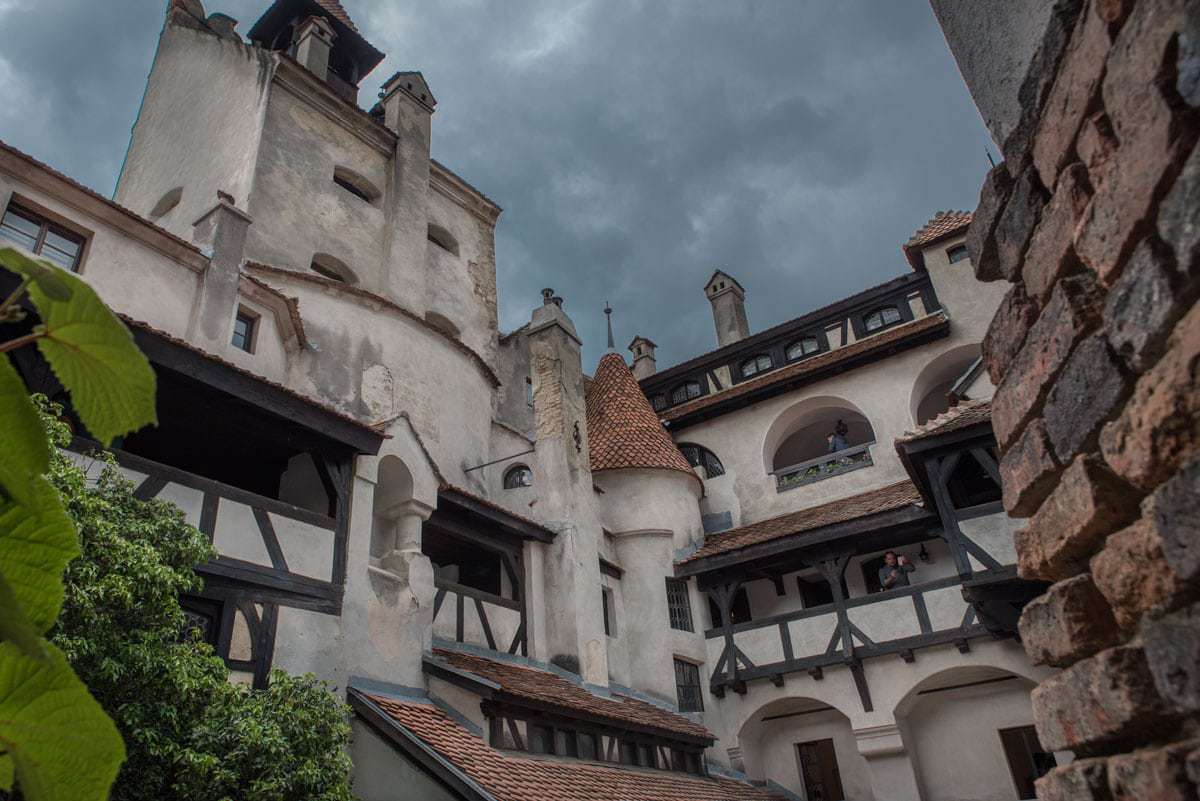 Bran Castle is the fascinating castles we have visited in Europe. The landscape that leads you there, the picturesque town and the fascinating stories that surround this both foreboding and regal residence.

If you ever considered visiting Romania, do it for nothing else than to visit the Transylvania region. 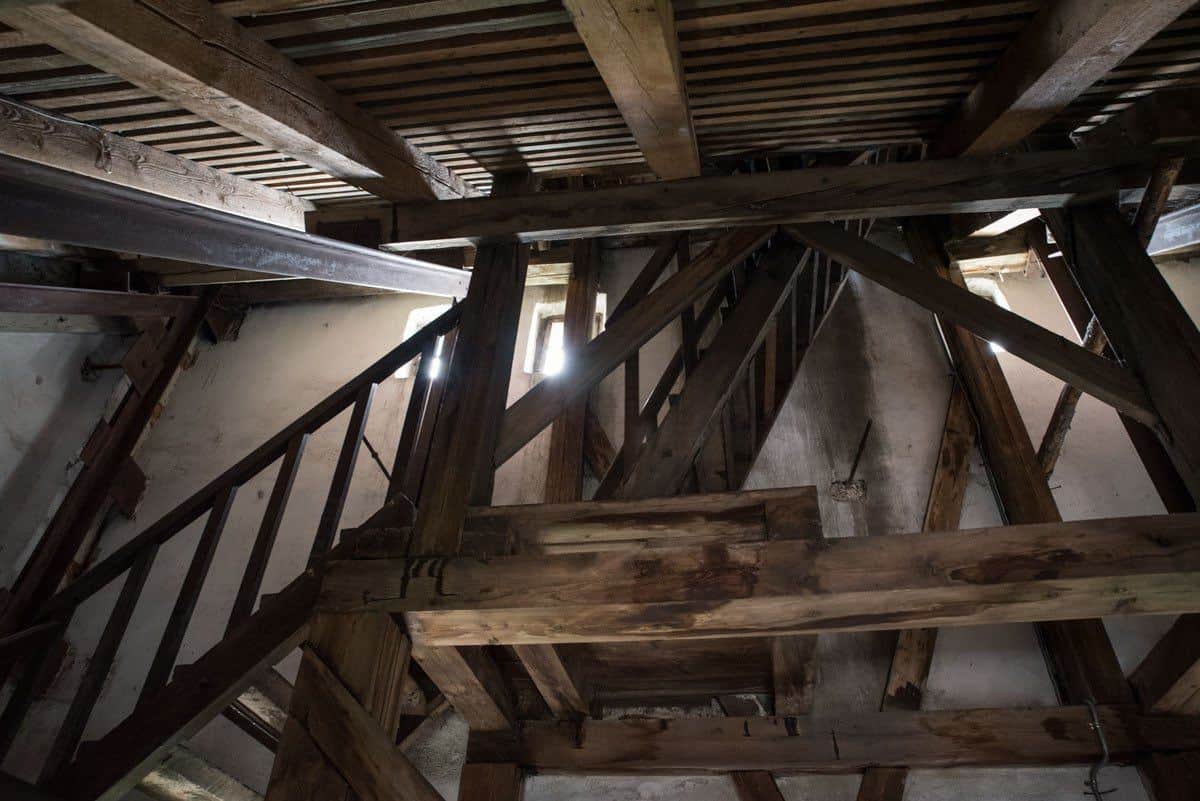 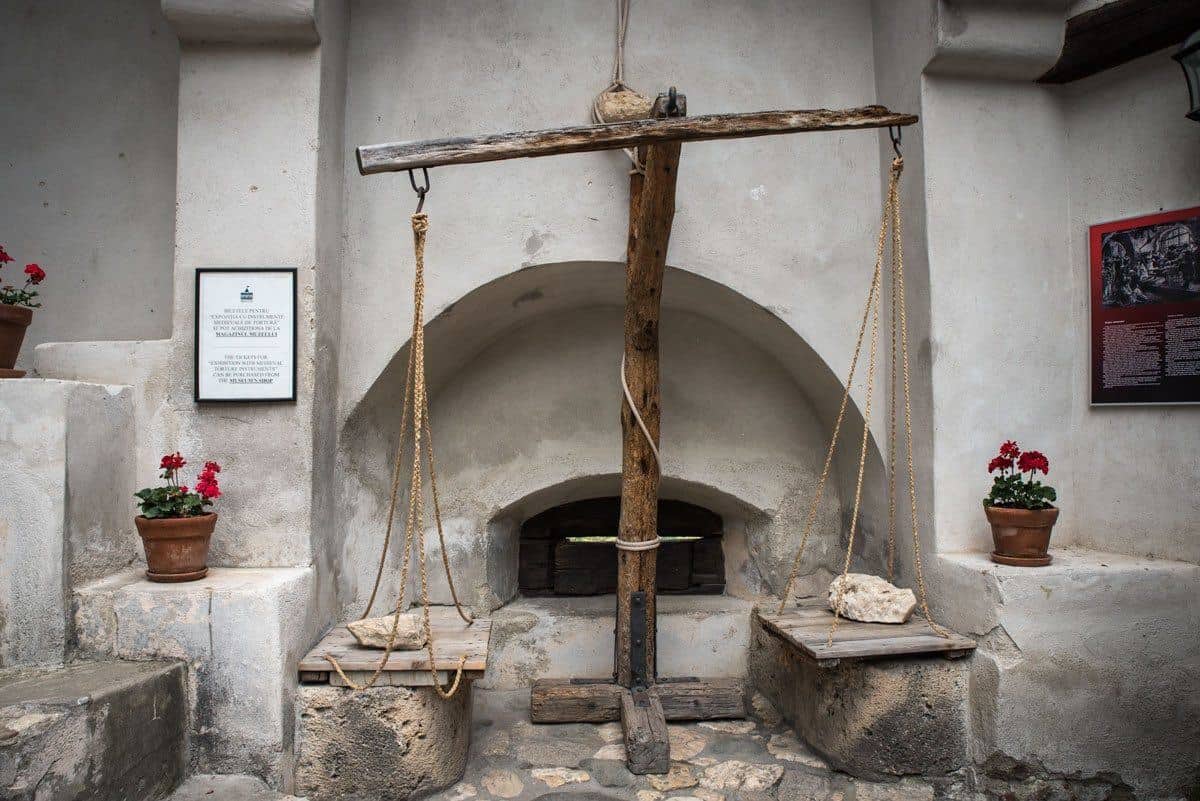 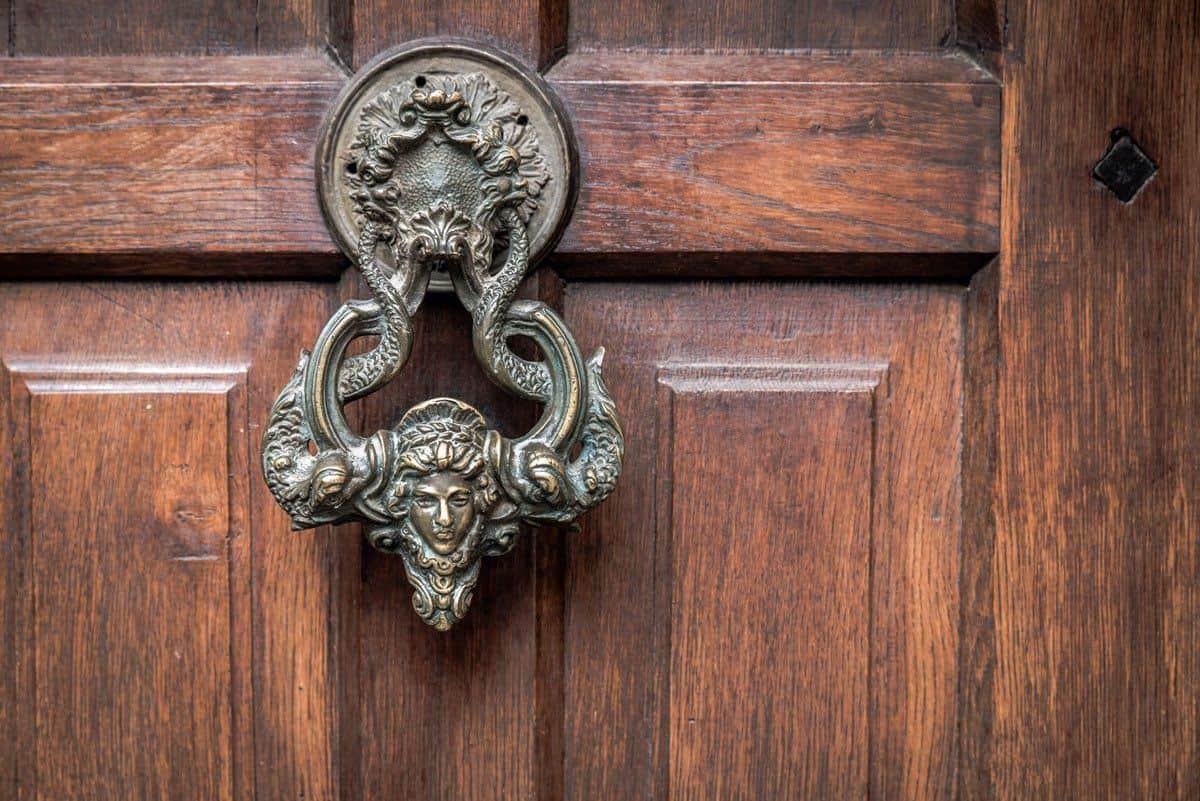 Where is Bran Castle

Bran Castle is in the Brasov County in Transylvania. One of the most beautiful and touristic areas of Romania.

How to Get to Bran Castle 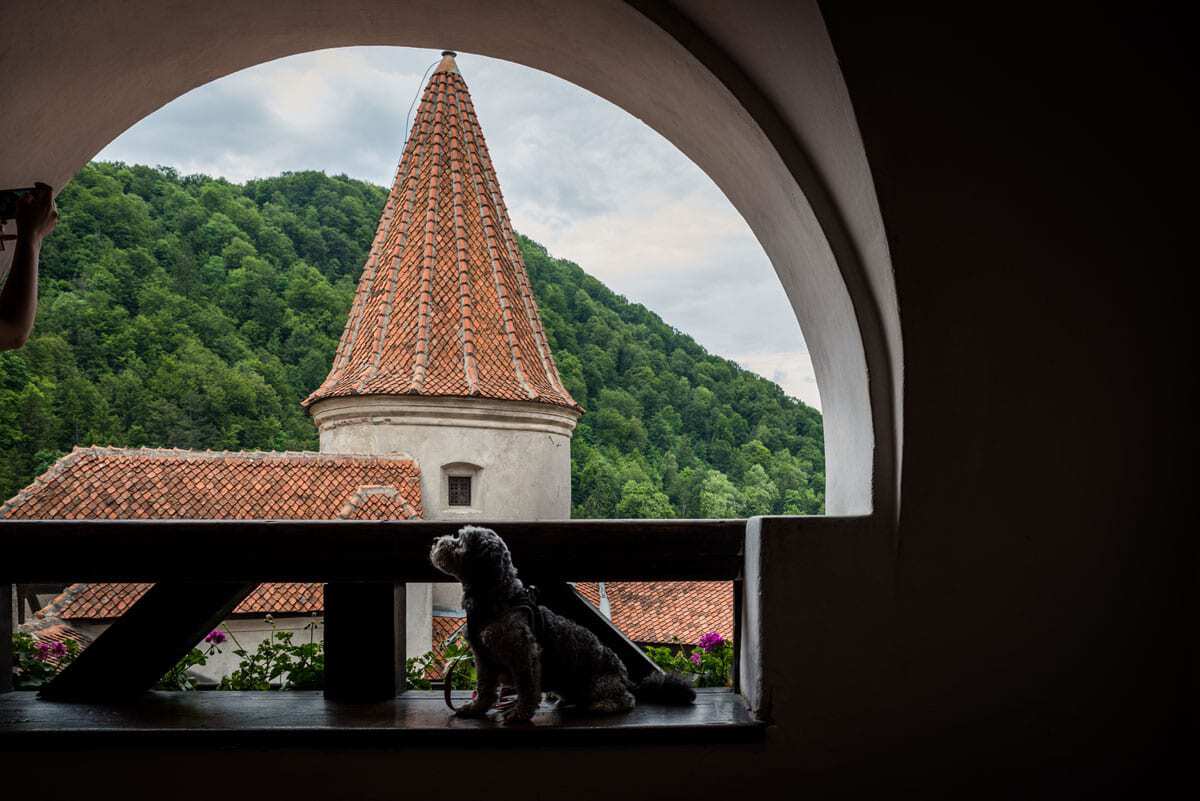 We visited Bran Castle as part of the Rescue Dog Road Trip. We would like to thank Bran Castle for allowing us to visit with Sprocket the dog. 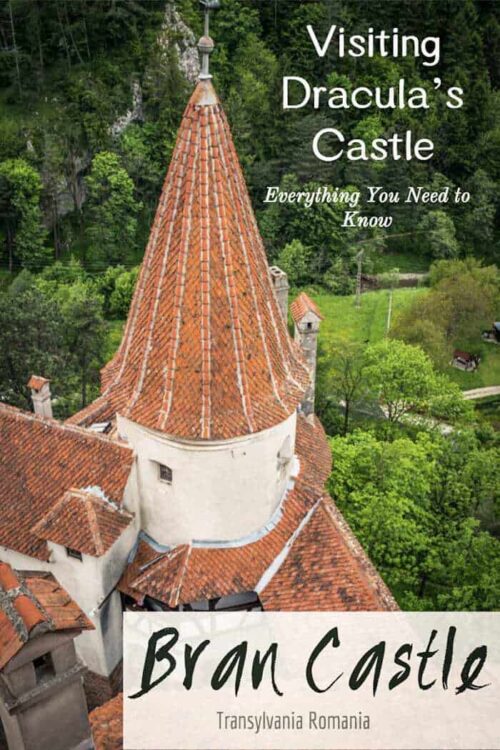 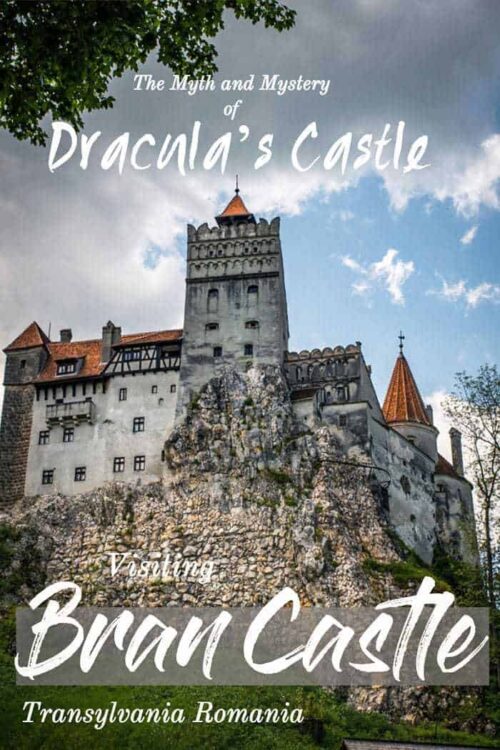 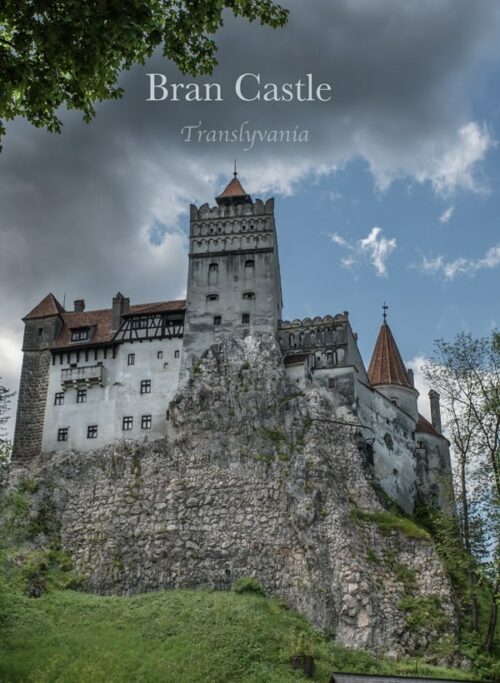 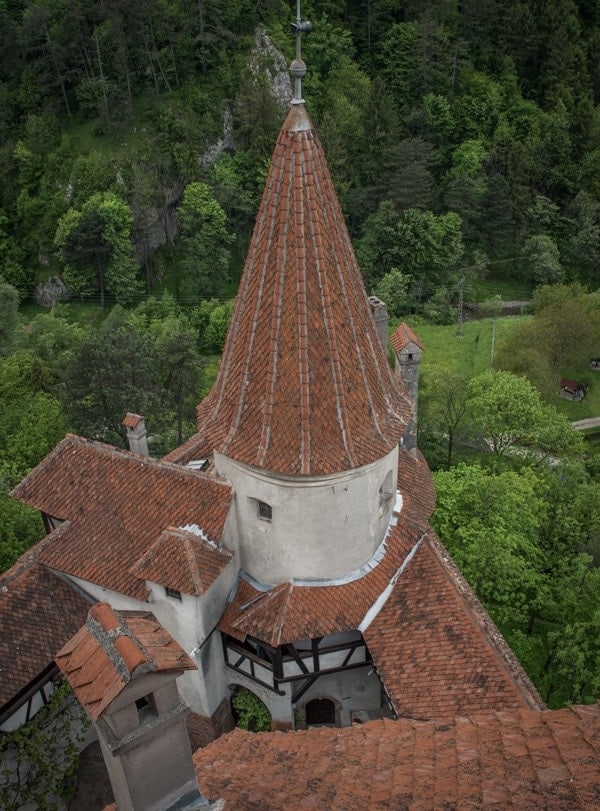 Previous
It's Easy to Fall in Love With Paris 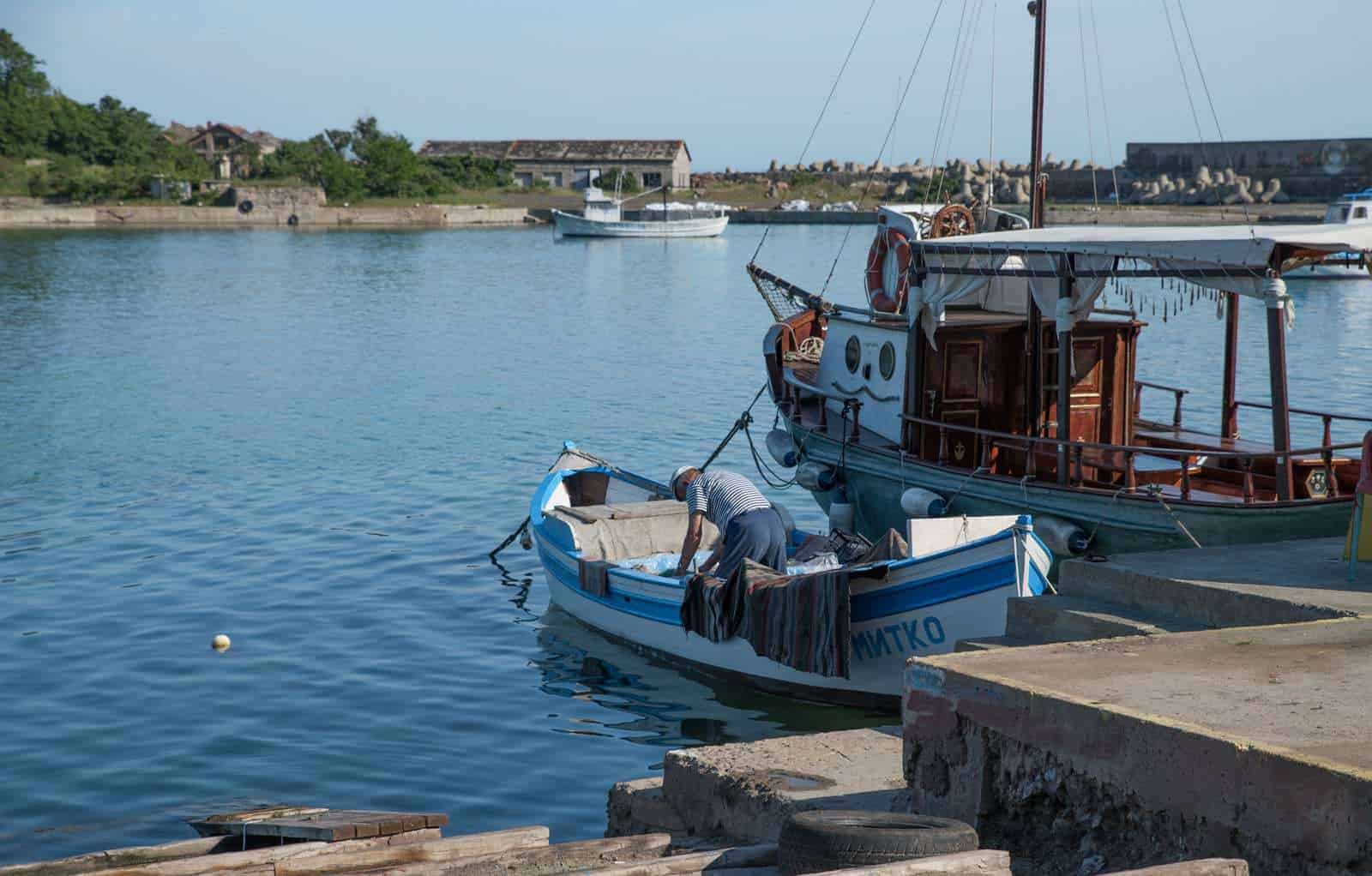 Next
What to do in Sozopol Bulgaria. Summer Holidays in Bulgaria

I have been to Romania twice and i loved the country and the people!! Your photos are great!!!

You are so right, Romania was brilliant and the people were so friendly towards us. Glad you enjoy the photographs.

I love this place and basically any historic like place. I would love to visit, looks so amazing. And also these photos are incredible!

It is amazing David. It is great you like the photographs we enjoy taking them especially when we are at a place like Bran Castle.

I love visiting places that inspired works of literature so I'll add this to my bucket list :) Looks a little scary on the inside though!

What a great way to travel Laura, we like it, literature inspired travel. You will never run out of places to go.

Oh hey I live in Transylvania! I was there and I definitely felt the "magic" hahaha. Really glad you enjoyed!

Thanks Vlad, and lucky you living in such a wonderful place.

Wow, what is this magical castle?! Really stunning view and the photographs capture it well. Thanks for sharing its history with us.

The castle and Romania in general is full of history Sara making it a great destination.