The Hidden Treasures Of Leros.

Home >> The Hidden Treasures Of Leros.

The island of Leros, one of the Dodecanese group (the “other” Greek islands)  has a very chequered past. 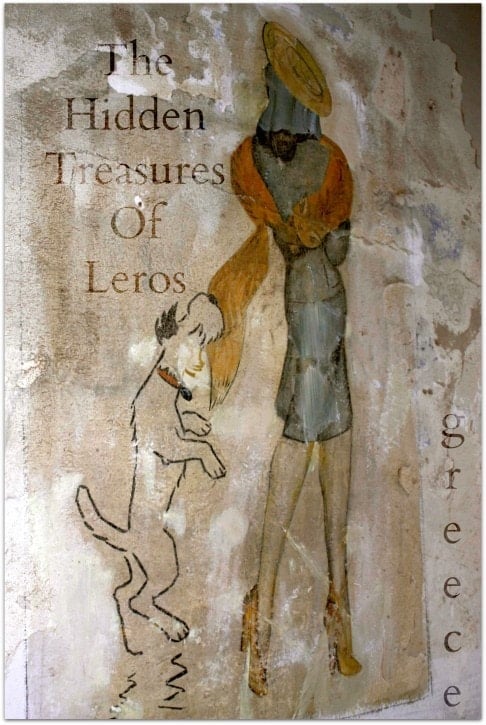 Leros sits closer to the Turkey coast than it does to the Greek mainland.  The harbour of Leros is the largest natural deep water harbour in the Mediterranean Sea, making it  a strategic location that has been fought over for centuries.

Leros has fallen to both the Byzantine Empire and The Ottomans and was fortified by the Knights Of St John in 1309.   More recently it was occupied by Italy after the Italian-Turkish War in 1911.  Leros was then settled by Italian colonists under the fascist government of Benito Mussolini in the 1930’s. Captured and held by the Germans in 1943 until the end of the war, Leros then came under British administration until 1948, when the entire Dodecanese group was finally united with Greece. 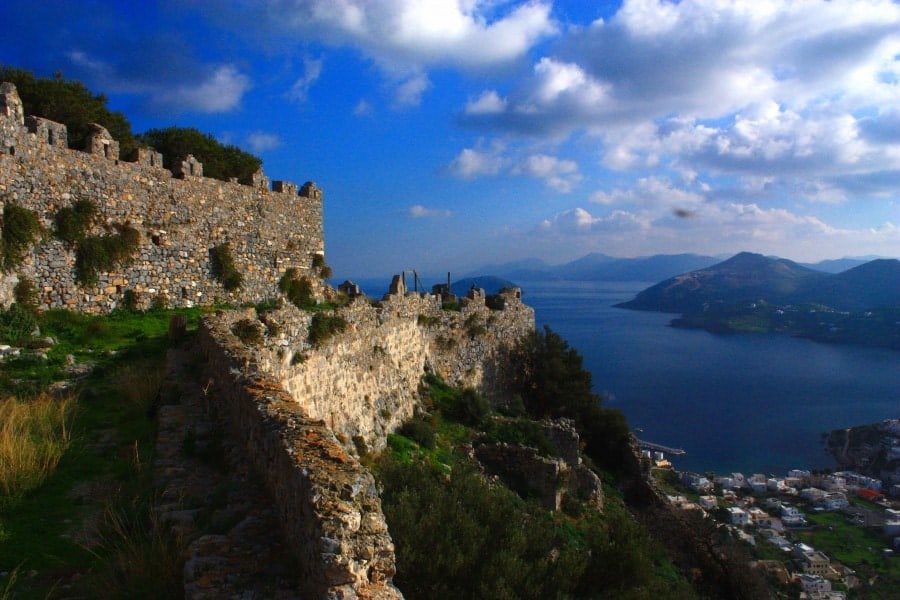 WW II and the Battle of Leros, the inspiration for Alistair MacLean’s Guns of Navarone is where Leros made it’s most famous mark in history, but the most notable legacy left on the island is by the Italians. Leros has some of the finest remaining examples of Italian rationalist art deco architecture. Especially the town of Lakki, built under instruction from Mussolini himself, who saw Leros as such a strategic island in the Aegean, he also built his summer mansion here. In the all the Greek islands, Lakki is a town like no other. 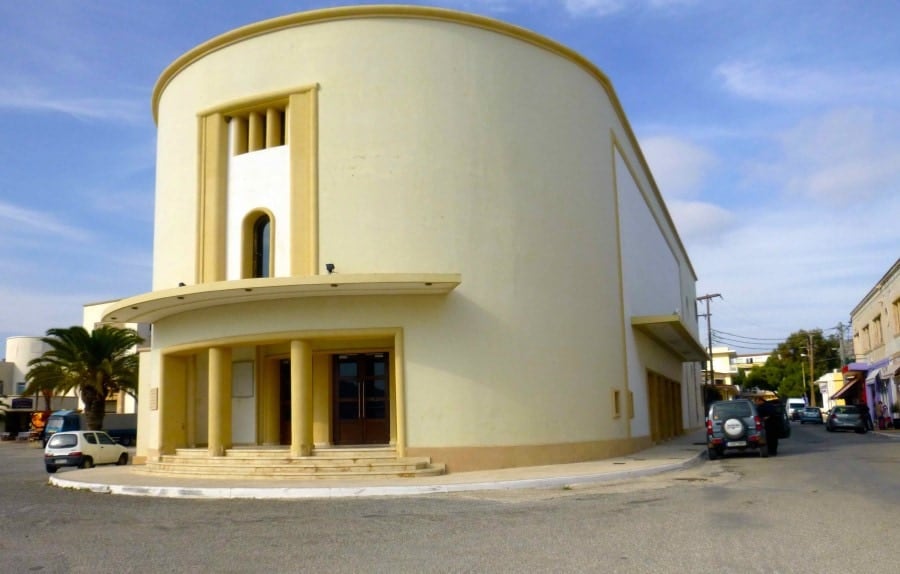 But it is not only in the main town where you can witness the Italian legacy on Leros.  The entire island is dotted with abandoned buildings from the thirty-one years of Italian occupation when the island was fortified and developed as a strategic naval base. 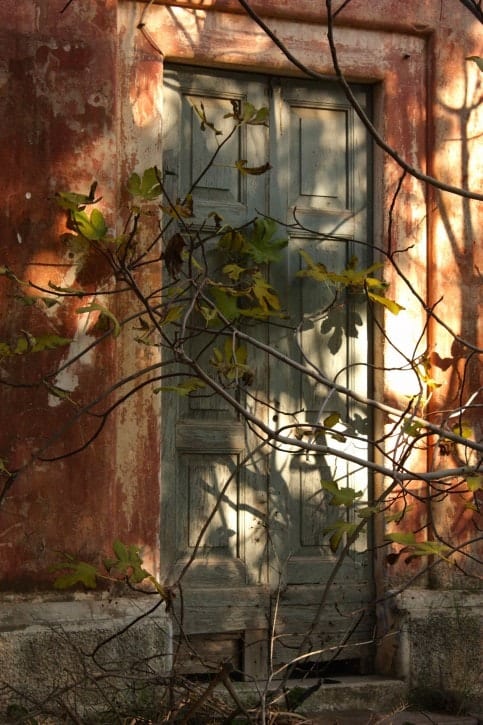 The prevalence of these buildings, hidden in hill sides and gully’s, is astonishing. In fact most have been left to ruin or are being used by goat men to shelter the herd, without any thought to the preservation of history.   What you can find in some of these buildings really takes you by surprise. 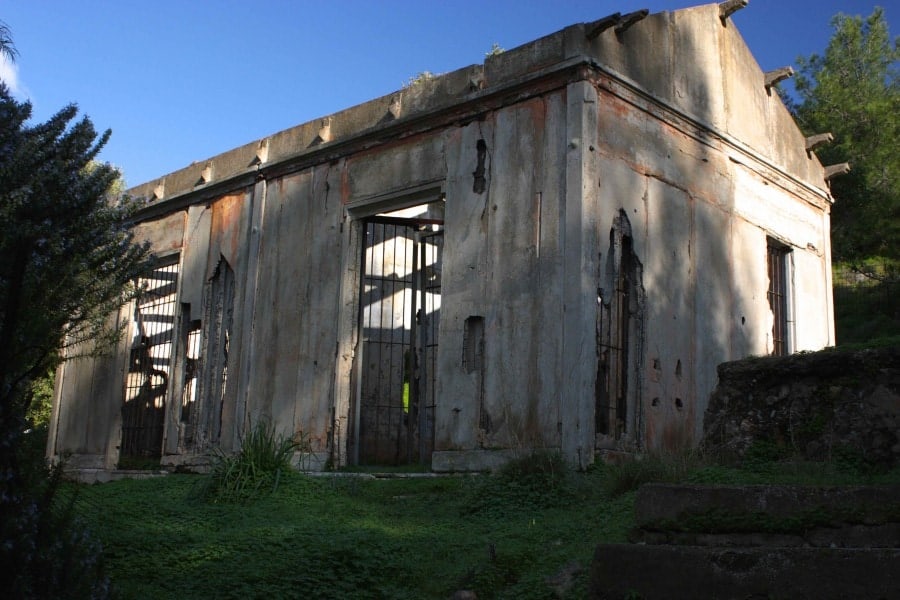 Armed with some good old local knowledge, we set off on a long hike to the southern town of Xerokampos and towards the hill of Diapori. This is where we were told we would find an old soldiers barracks with some interesting frescoes adorning the walls.

Leaving the main road and winding along the rocky paths, we were accompanied by the melodic tune of goats bells as we headed higher and higher into the hills. 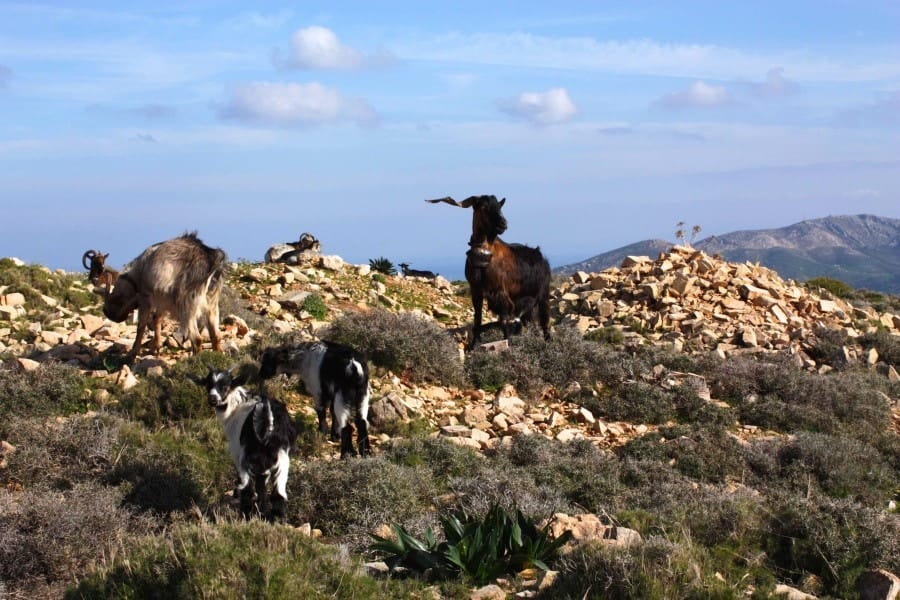 The higher we went, the more we were beginning to think we would not find this place. There was a number of old buildings built during this period being used as goat shelters. Which one were we looking for?

Finally we came across a run down, abandoned building with bars on the windows. As we approached the side of the building, we were not really sure what we were looking for, nor what to expect. 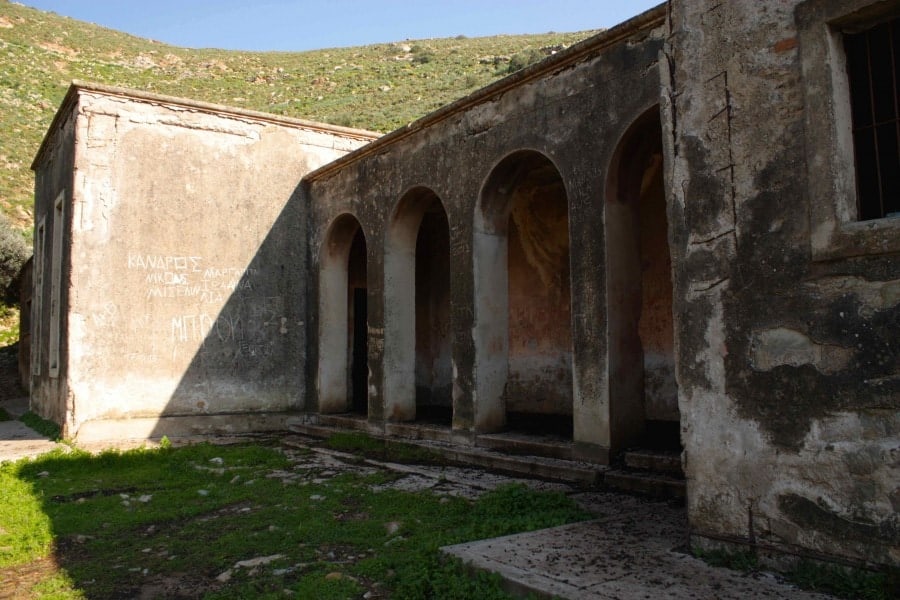 Peering in through the bars, we were more than surprised to get our first glimpse of the paintings we had been told were done by the occupying Italians.  The almost comic book element to the characters painted in the hallway was far from the what we had expected. We were also concerned that we may not be able to get into the building to further explore. 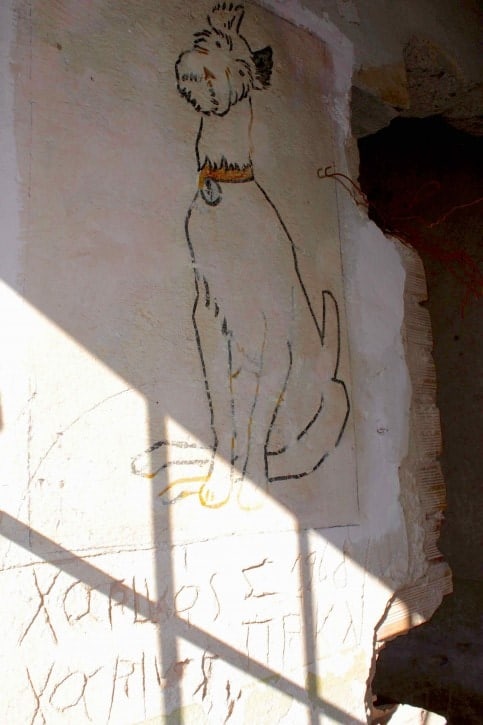 Around the front, the building was completely open and apparently in use to shelter goats. This we knew by the 3 inches of goat shit covering the entire floor! ‘Deep breath and soldier on’ (it stunk and felt not so nice under foot!). 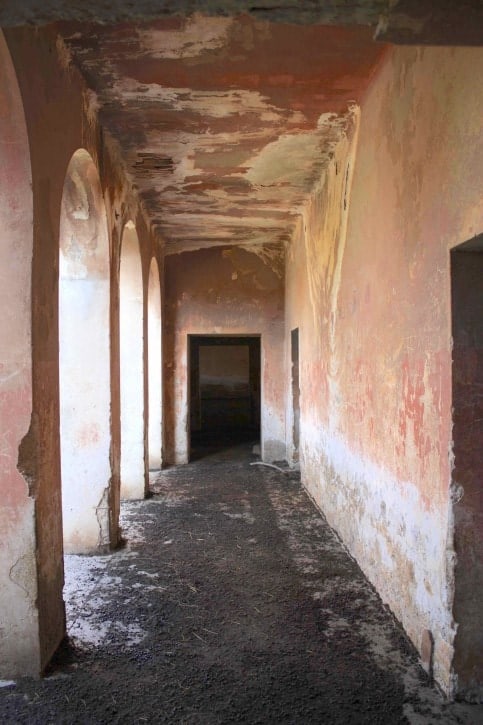 Entering the first room, the surprise continued. When people say ‘frescoes’ and ‘old Italian buildings’ you immediately think faded images of Madonna and Child or carefully preserved Renaissance paintings, not cartoons and caricatures. Perhaps in the instance of these images the term ‘Fresco’ has been used a bit loosely, but none the less we were taken aback by these illustrations. 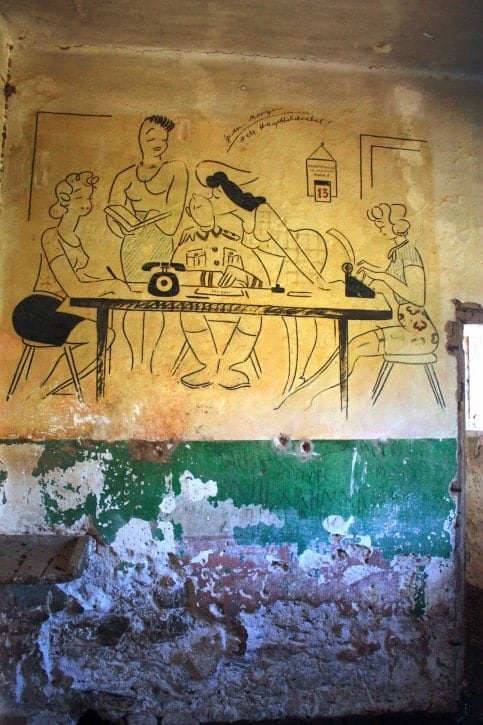 Note the bullet holes below the painting. 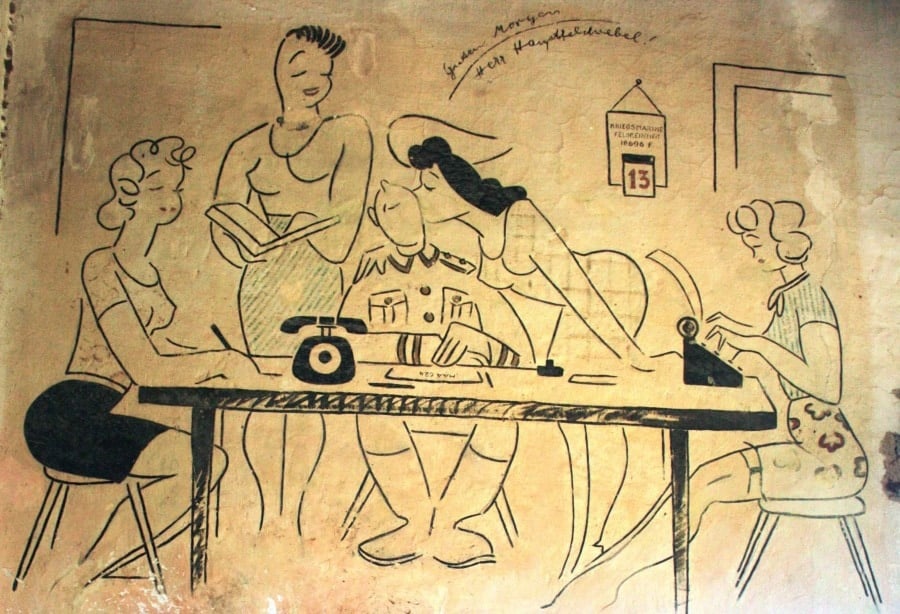 Is the woman kissing Herr Hauptfelwebel the same mystery woman in the blue dress depicted in three other paintings?

Considering the poor state of the building and its exposure to the elements, these paintings are in incredibly good condition.

It is hard to know if all of the paintings were done by the same artist as some are almost cartoon like, while there were two that did kind of fall into the renaissance category. In the next room, in such contrast to the previous satirical illustration, was what we now know are copies of paintings by the famous Dutch 16th century Renaissance painter Pieter Bruegel The Eleder.

First, is a copy of ‘ The Peasant Dance‘ 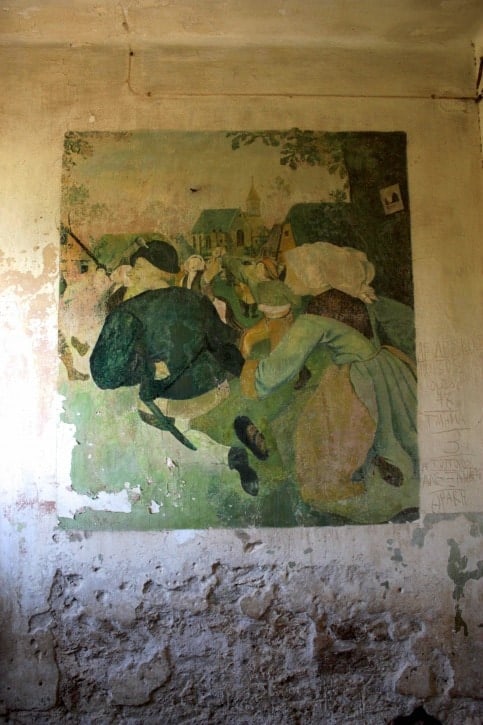 On the opposing wall ‘The Peasant Wedding‘ 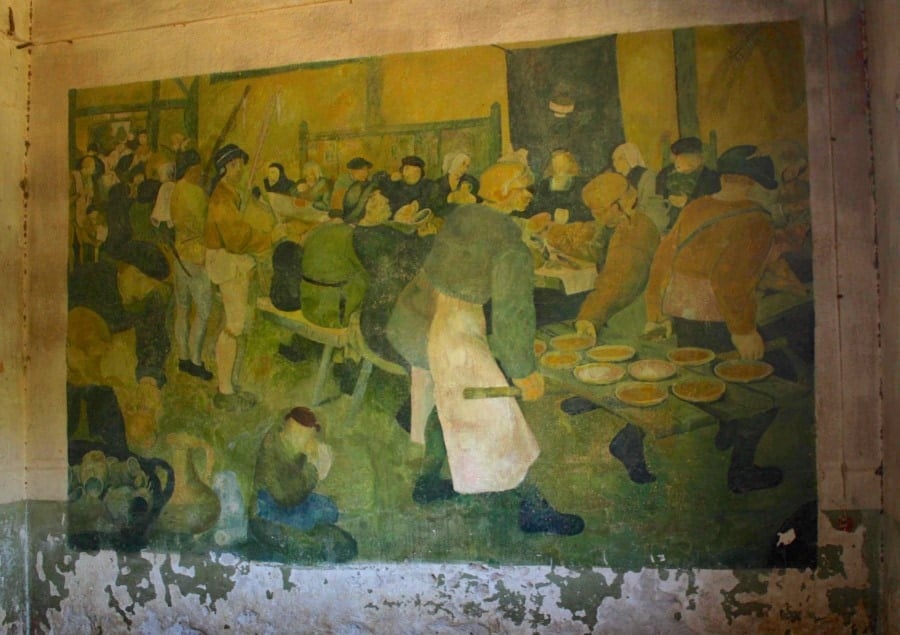 As we wandered further into the building, we found the original paintings we saw through the bars earlier. These were almost akin to early style comic book drawings. Five drawings depict a sassy lady in a blue dress and a mischievous pooch who, hot on her heels, eventually steals the tail from her fox stole. Who is this mystery lady, and is she the lady in the previous illustration kissing Herr Hauptfelwebel? 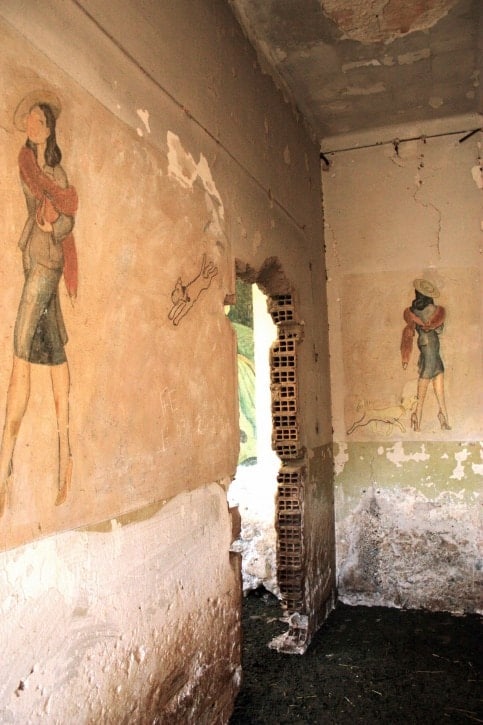 Note the delightful layer of goat dung on the floor! How on earth have these paintings survived?! 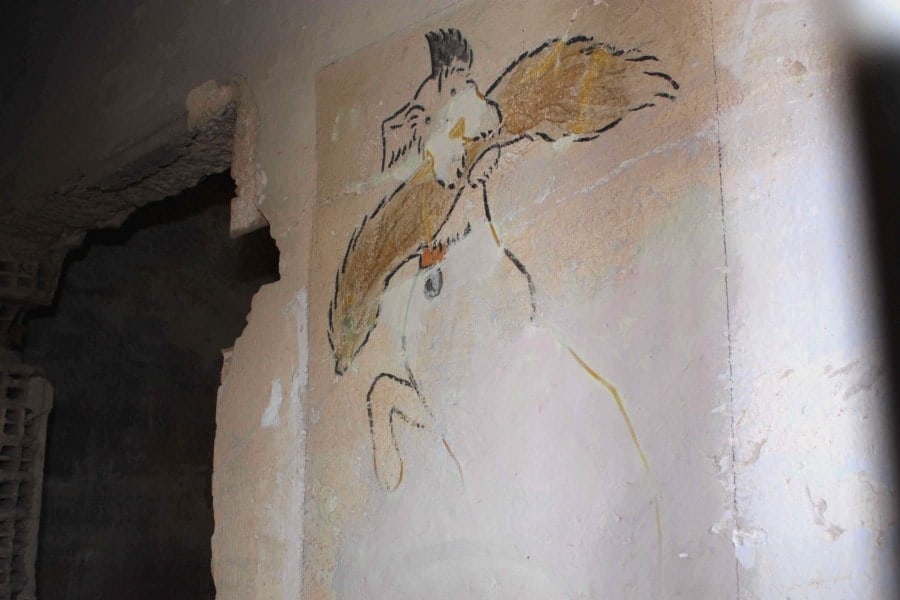 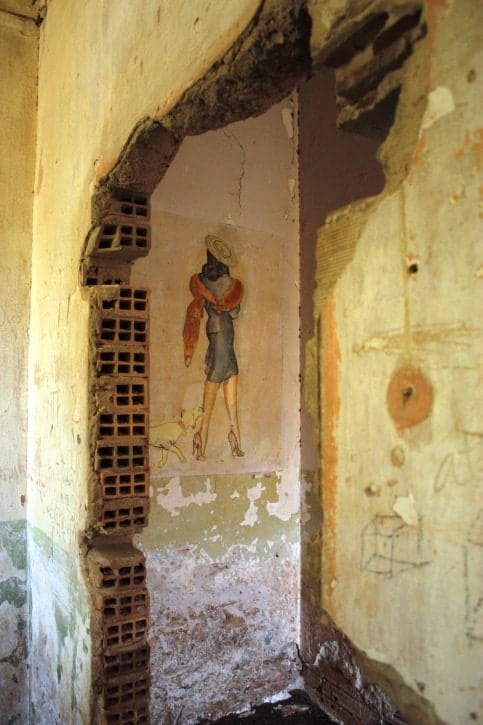 We moved around various rooms, including a very large room that may have served as a mess hall, thinking this was the extent of the artworks. 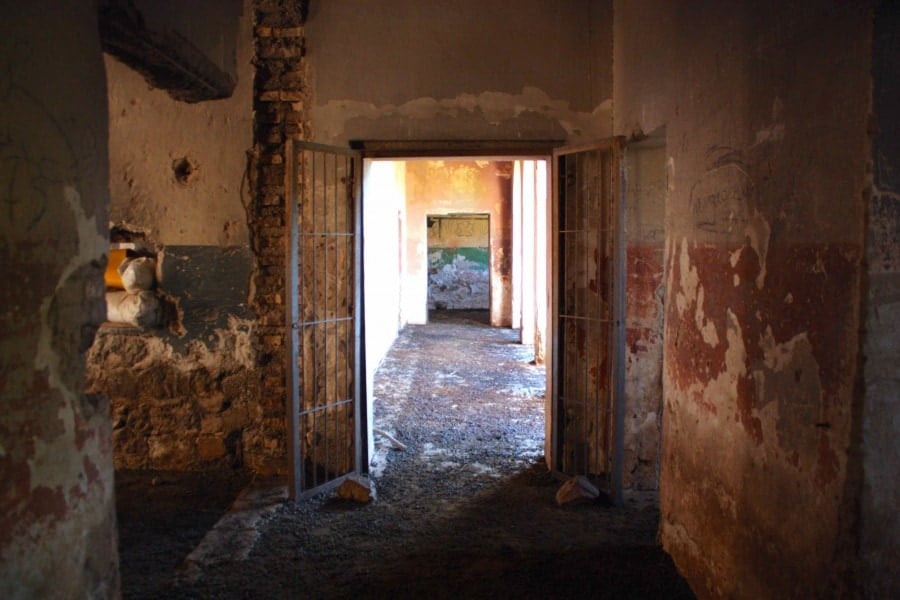 When we entered a small dark room next to the mess hall, we realised we may have stumbled across what may have been the kitchen. 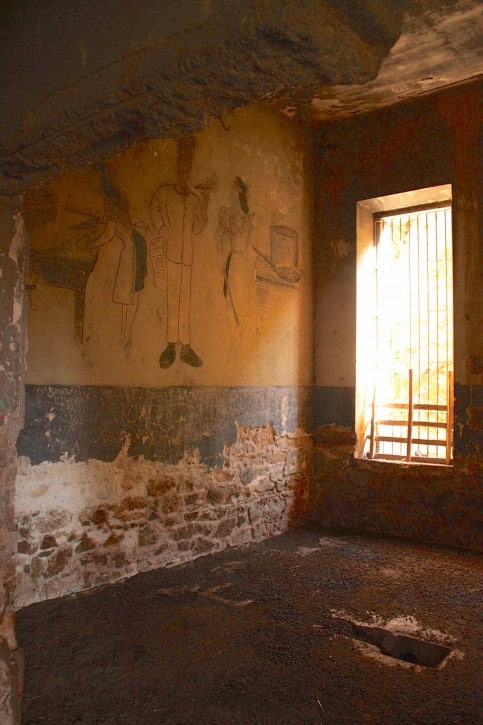 The artwork on this wall was so similar to the one in the first room and possibly just as satirical. While we don’t believe for a moment that Herr Hauptfelwebel or any of the servicemen that occupied this building had a full compliment of buxom, leggy secretaries, neither do we believe that during war time they were living ‘high on the hog’ as this picture depicts. A chef, beautiful women and a bevy of cured meats and cheeses. Maybe this was to remind them of better times and of home. 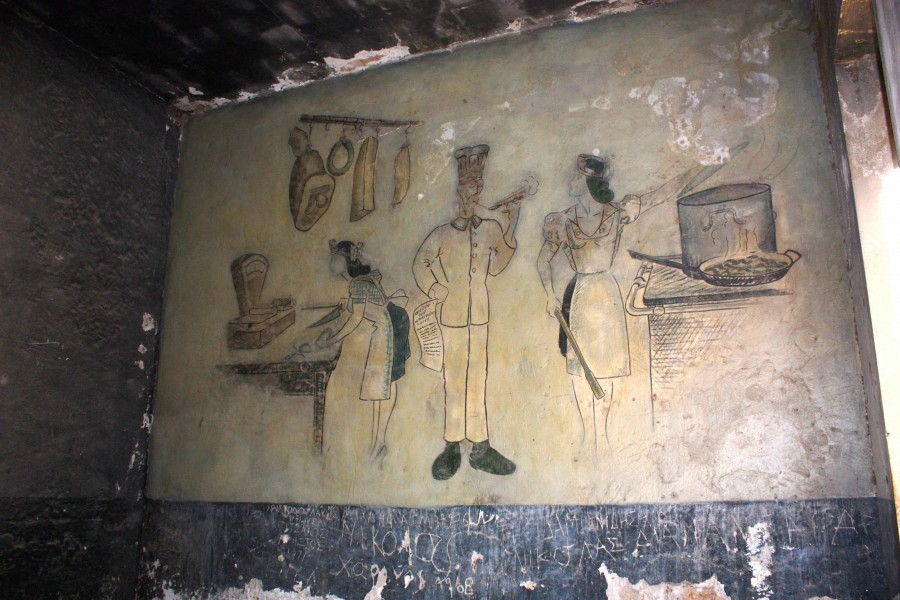 So, hidden high in the hills on the island of Leros, you will find a building full of goat shit and an incredible glimpse of the past. We can’t be entirely sure it was actually the Italians who left these lovely art works.  For all we know it could have been the Germans, but local knowledge tells us, it was the Italians. What we do know is they are not on the tourist trail and that Leros hides many more secret gems like this. These are the treasures of Leros,  just ask the locals! 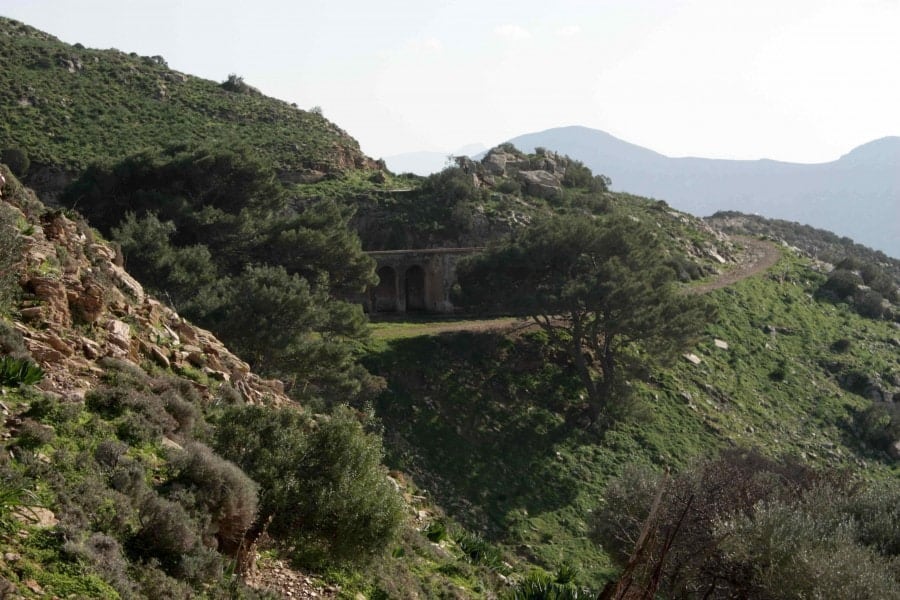 If you do find yourself heading to Leros (which we highly recommend you do) Leros Active is a company that takes you off the beaten track for hiking, exploring and diving this incredibly beautiful and historical island. 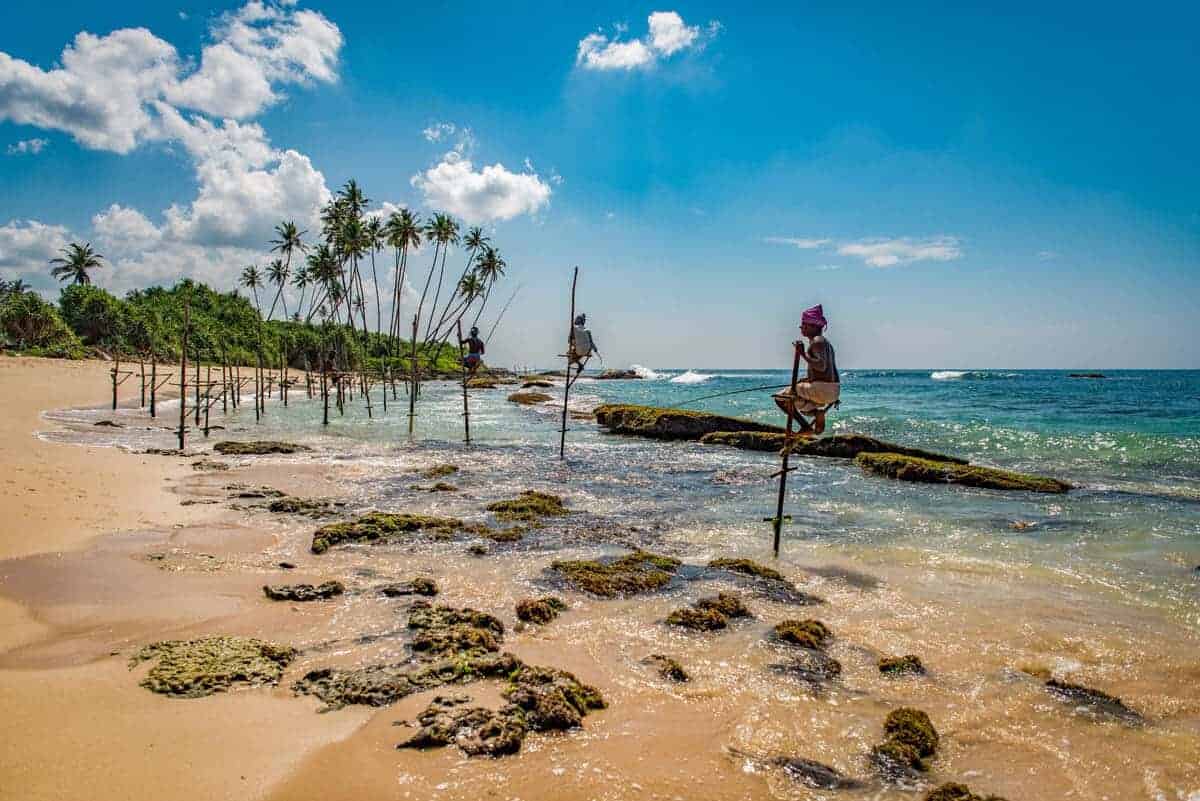 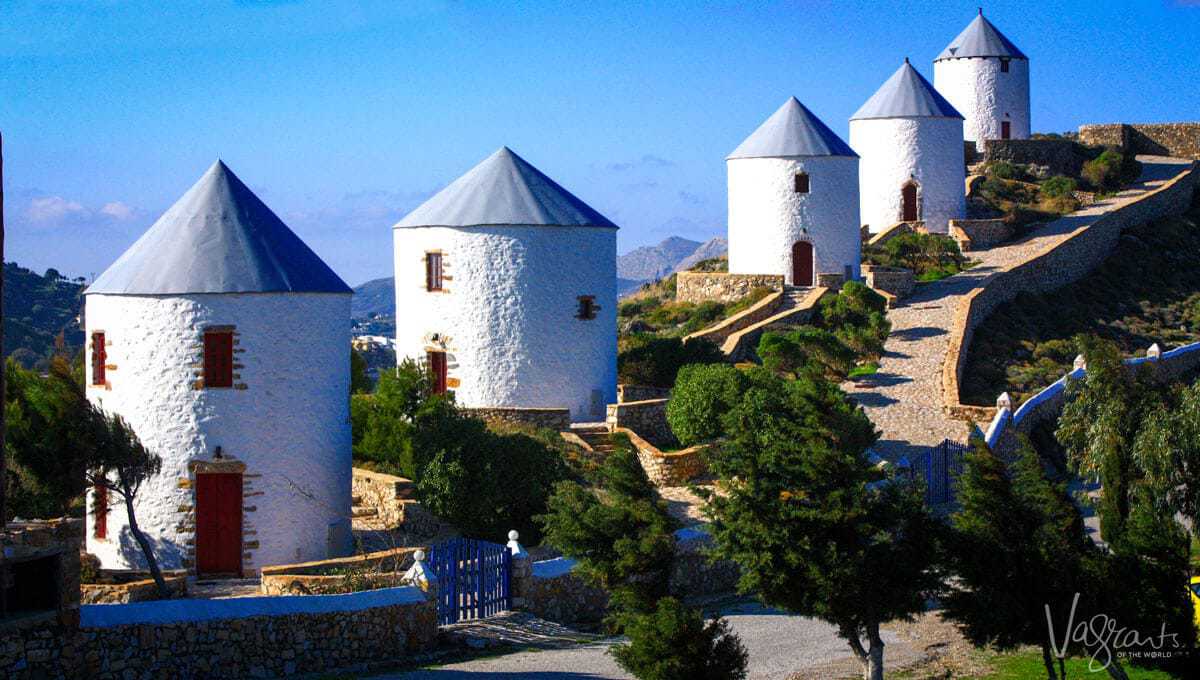 Hello, Thank you for the very interesting post. We'll visit Leros in June for a few days, and I'd be happy to explore some WWII related sites. Could you please provide me with a Google Maps link to that Italian building? I've also heard there are relics of the Italian naval guns placements, but I've also troubles with finding them on maps available on the internet. Cheers from Kraków :) Robin

Hi Robin, You are going to love Leros. We are also heading back late June for a week on our way from Turkey to Athens. We will drop you an email with the details of how to find that building as well as a few other WWII places we explored. Enjoy!

This is marvellous! What a great job, I am pleased to share this on my facebook page dedicated to Leros! Thank you so much! Check -> https://www.facebook.com/groups/lerosisland/323049974556219/?notif_t=group_activity

Thanks Maria, Leros is such a wonderful island we have really enjoyed our stay.

This is so interesting! It is so fun exploring hidden places that are just waiting to be discovered. And it seems like not many people would know to go here. I like exploring abandoned buildings and this one is in such a cool spot, though it seems like it might go to ruin at some point. Those goats are super cute but I would hope to be wearing the right shoes if I'm going to be stepping in so much poop :)

Cheers Lauren, this was definitely an exciting find, we really enjoyed this little hike.

that's so interesting! I've been to Leros only once for work, so we didn't explore that much. What I did take away from Leros was the food...ahh the food. Especially in Milos restaurant by the sea!