For five days in July the island of Vieques turns on the fairy lights, dusts off its salsa moves and turns up the music to party until the wee hours.

The annual 5-day event is to honour the Virgen del Carmen (Our Lady of Carmen), the Patron Saint of the sea, seafarers, and fishermen of Vieques. The public plaza and surrounding streets are closed to traffic, transforming the area into Fiesta Extravaganza. The island celebrates with food, rides, music, dancing and lots of drinking, especially the official drink of Vieques, Bilí (pronounced ” Bee- Lee”) made from the local quenepa fruit mixed with rum, cinnamon & sugar. 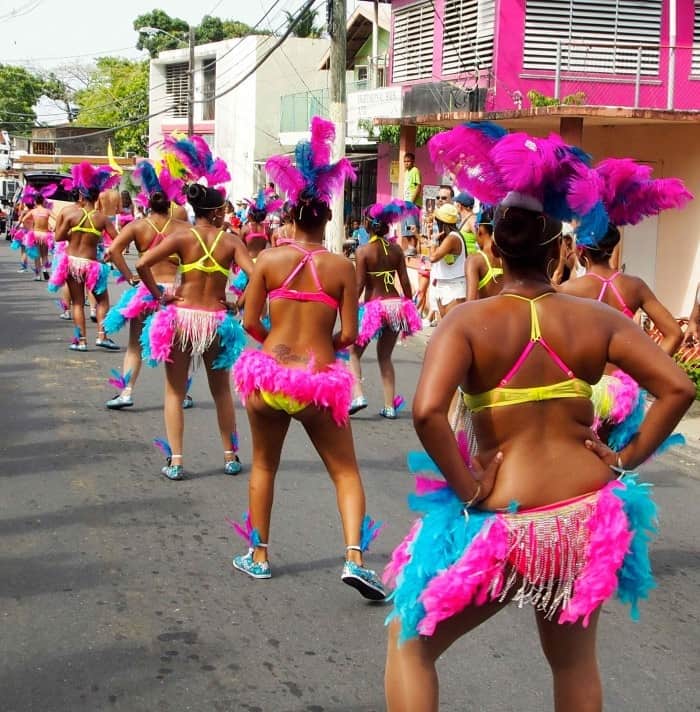 The plaza is decked out with food stalls, rides and pop-up cocktail bars serving Piña Coladas and other tasty rum concoctions served up in plastic yard glasses that will make their way right through the festival. 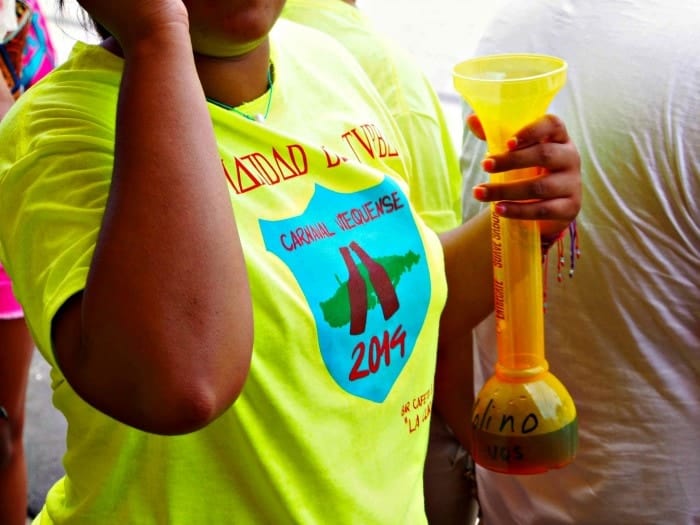 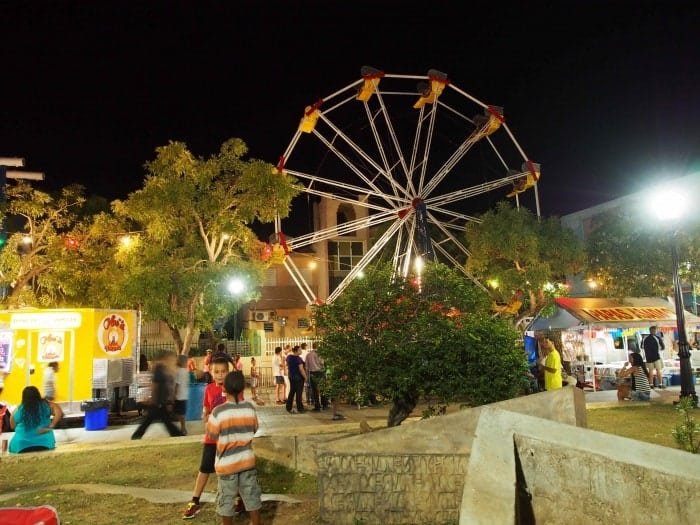 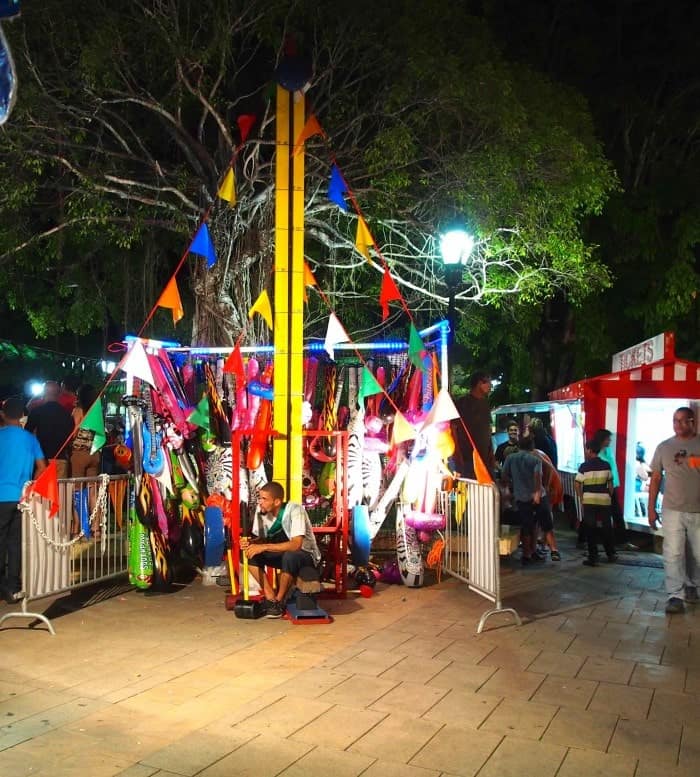 This is the preparation for ‘The Tripletta’ (we’re talking festival quantities here). The Puerto Rican version of the Cuban sandwich. This monster sandwich usually combines chicken, ham, and beef served on a slightly sweet roll, covered with ketchup, mustard and mayo and normally topped with thin crispy fried potato sticks. It is an indigestion-inducing, mouthwatering feast that could mop up a lot of alcohol and be more than sufficient for two if you were inclined to share. 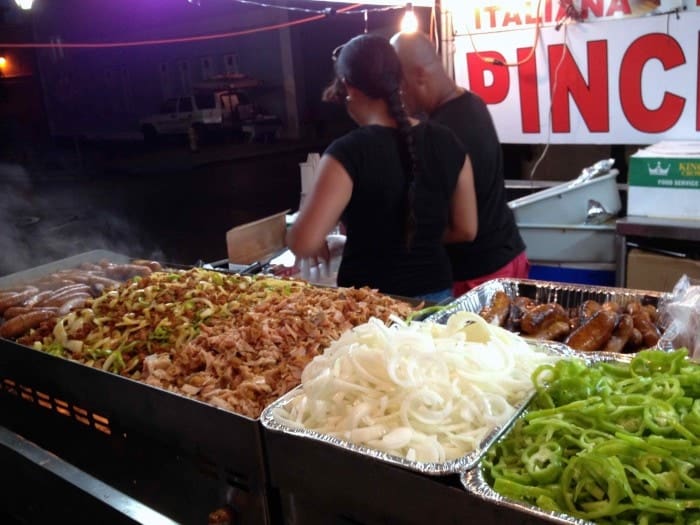 If gambling is your thing, it is not unusual to see this little kiosk set up outside a bar- festival or not. It’s like roulette but with a wind-up horse carousel instead of a roulette wheel. It is very popular wherever it is set up and can be addictive. Luckily, bets are limited to $2 a go to keep it friendly. 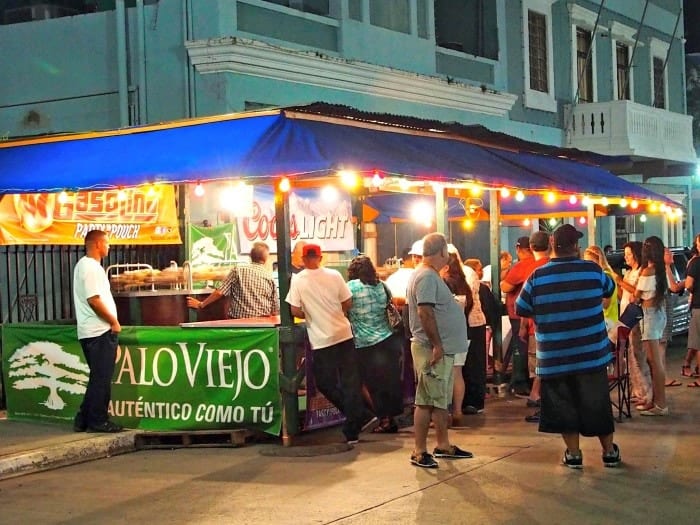 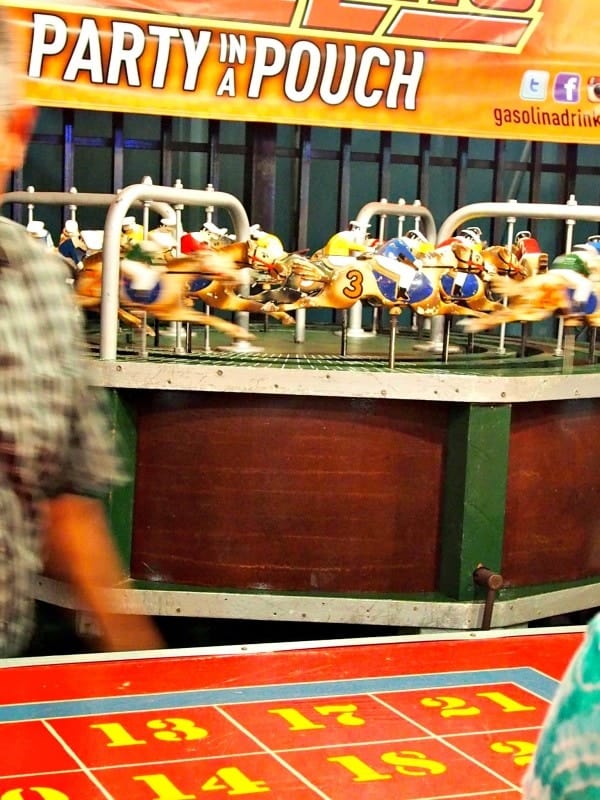 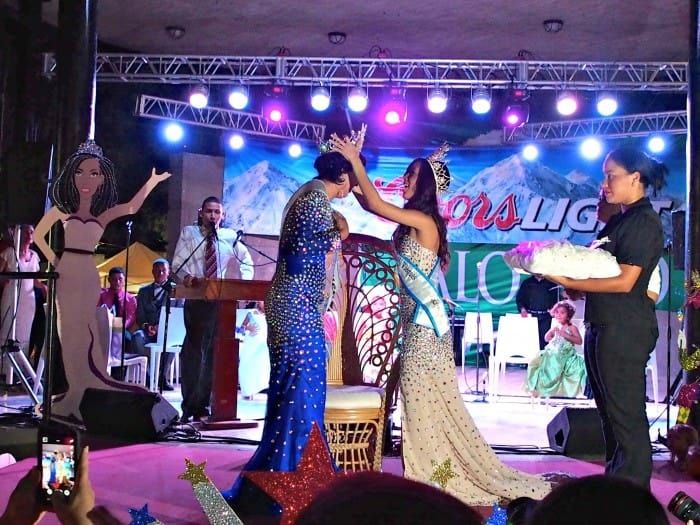 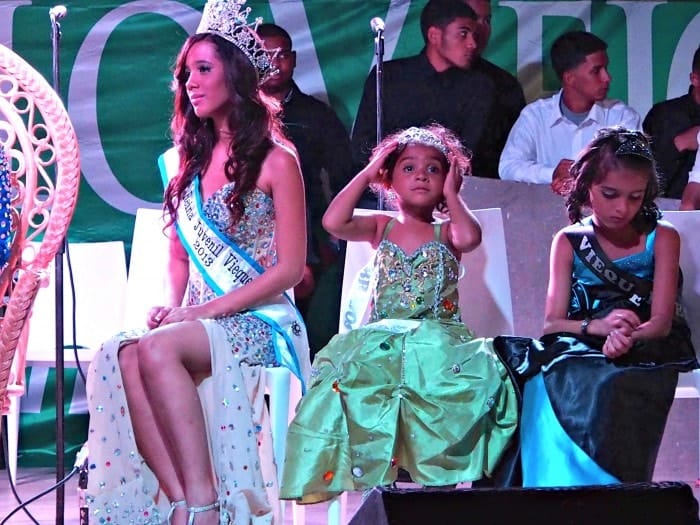 Over the next 4 nights, there is nonstop entertainment of live music, dancing and partying, with the program scheduled until four in the morning on most nights. Each evening young and old, bring a chair and set up for a big night of action in the Plaza. 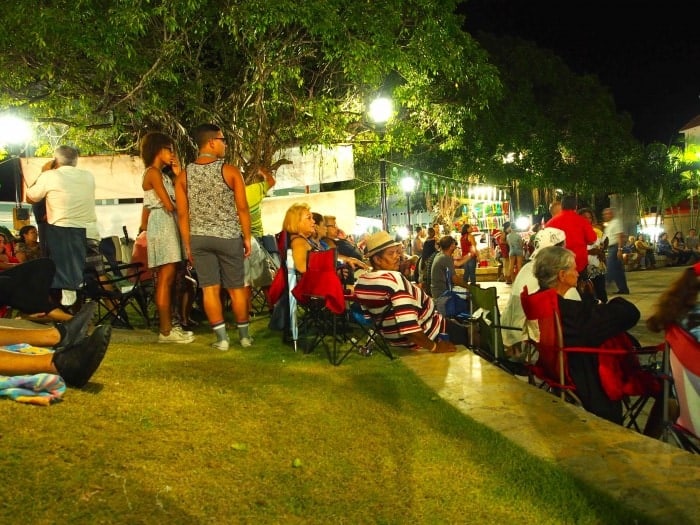 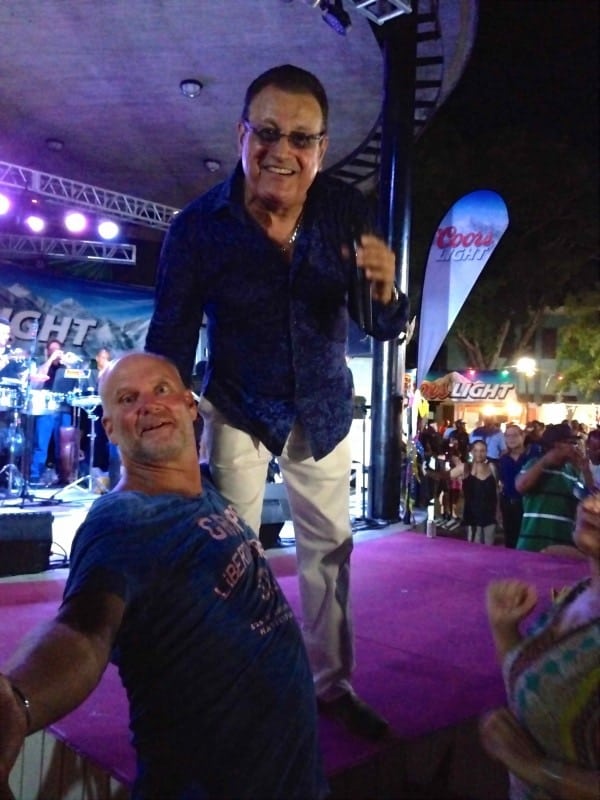 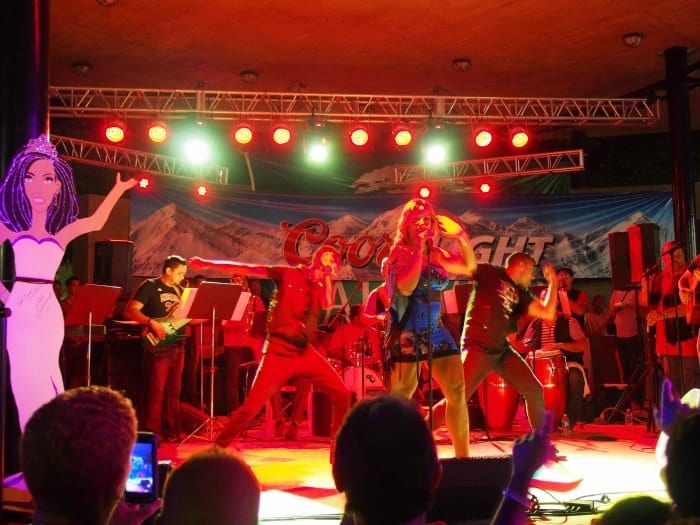 And just when you think you can’t party anymore, the final day is the biggest! Starting at around one in the afternoon, the party begins in the streets back out of town as everyone waits for the parade to commence. Everyone in the know is dressed in bright fluorescent colours, and with bottles of homemade Bilí  in hand, the grand finale party of all parties begins. 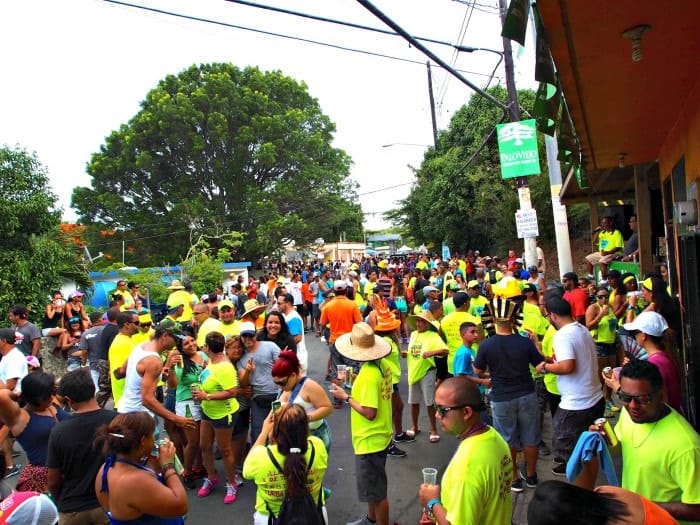 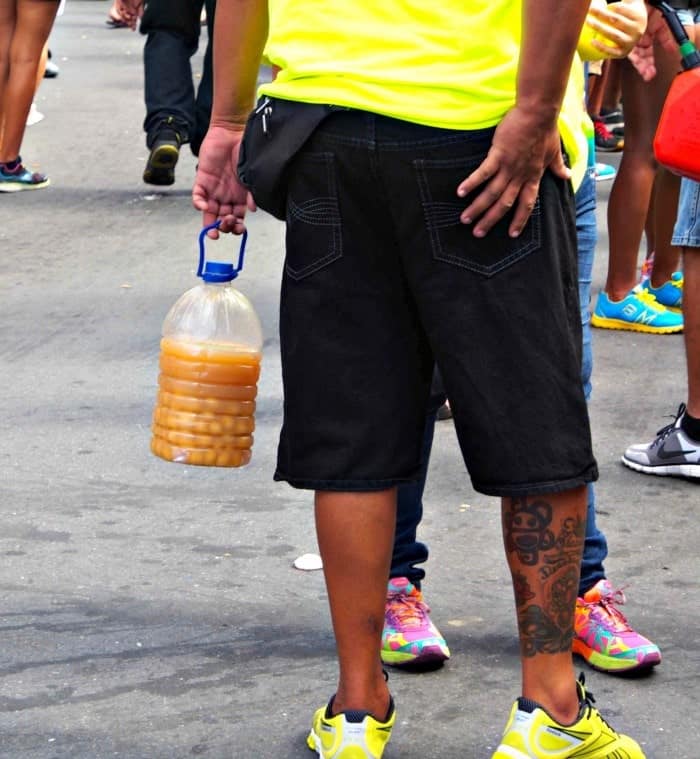 Bilí. It is common to see people with bottles of Bilí with the quenepa fruit in this time of year.

And then the parade begins! 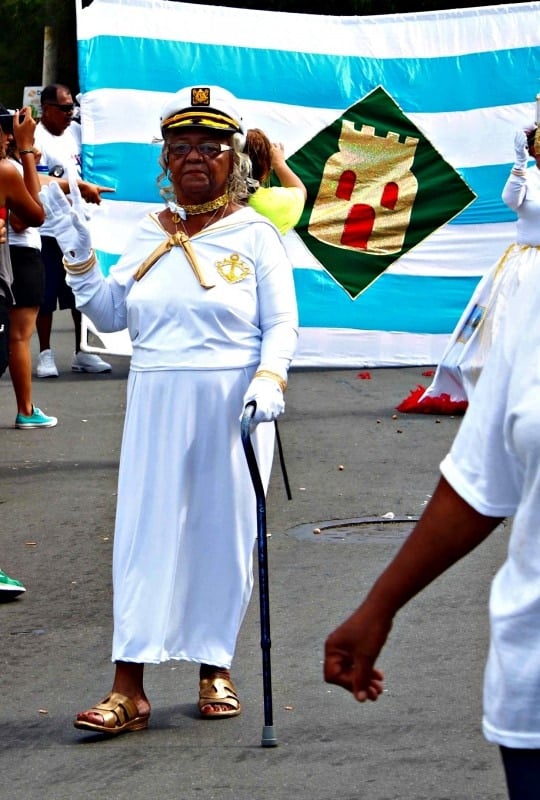 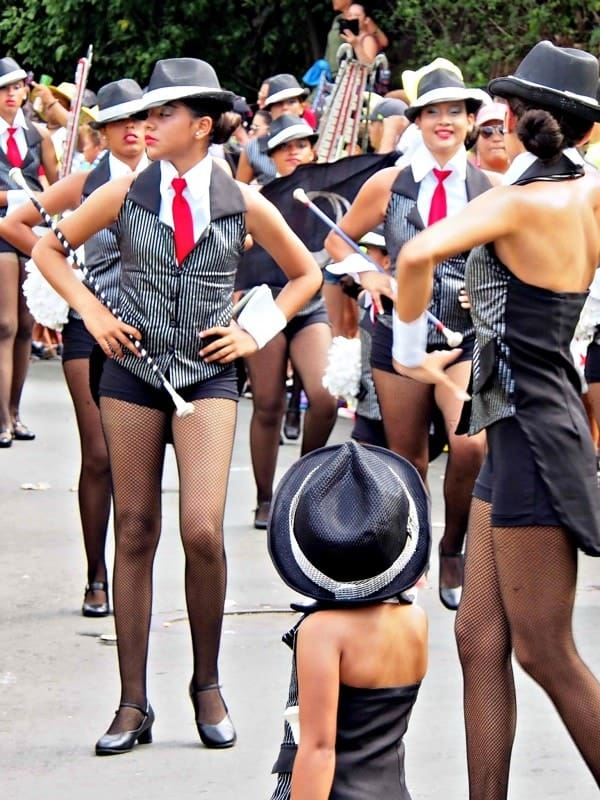 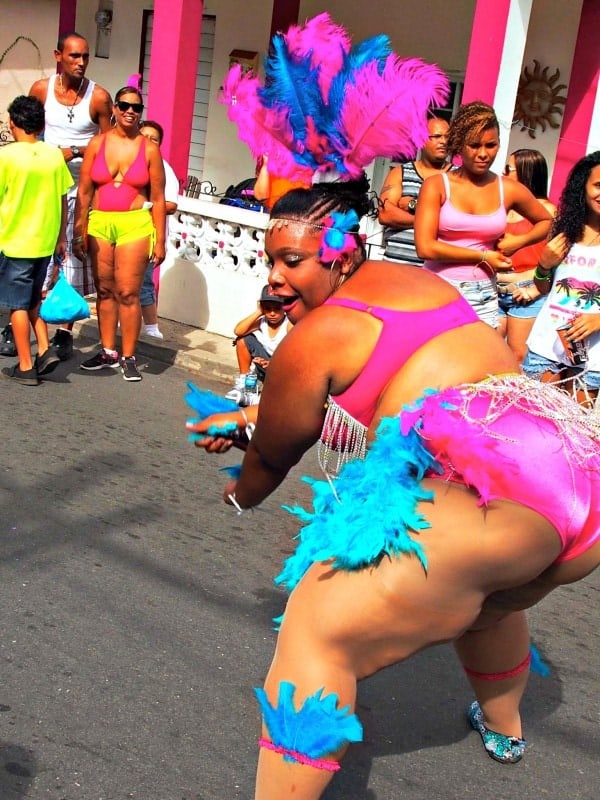 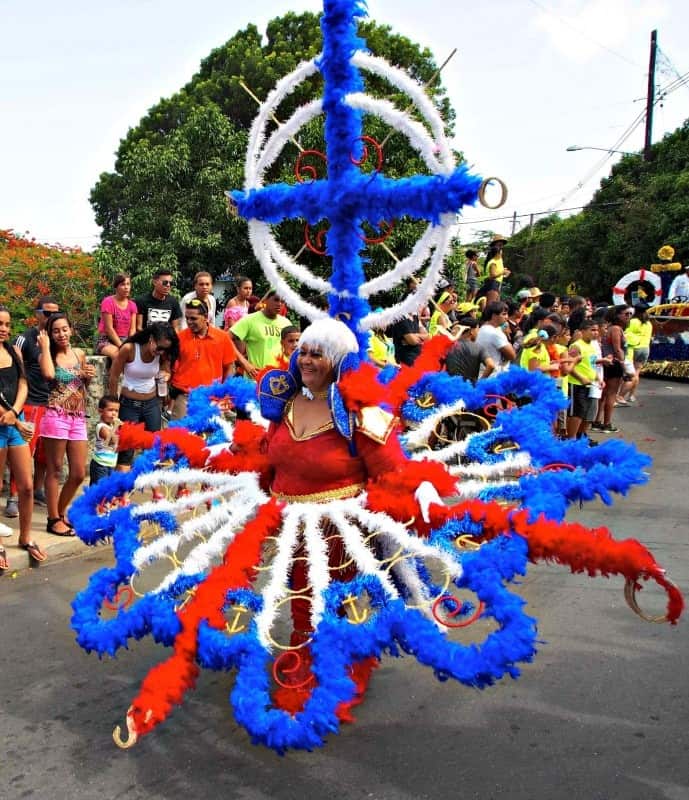 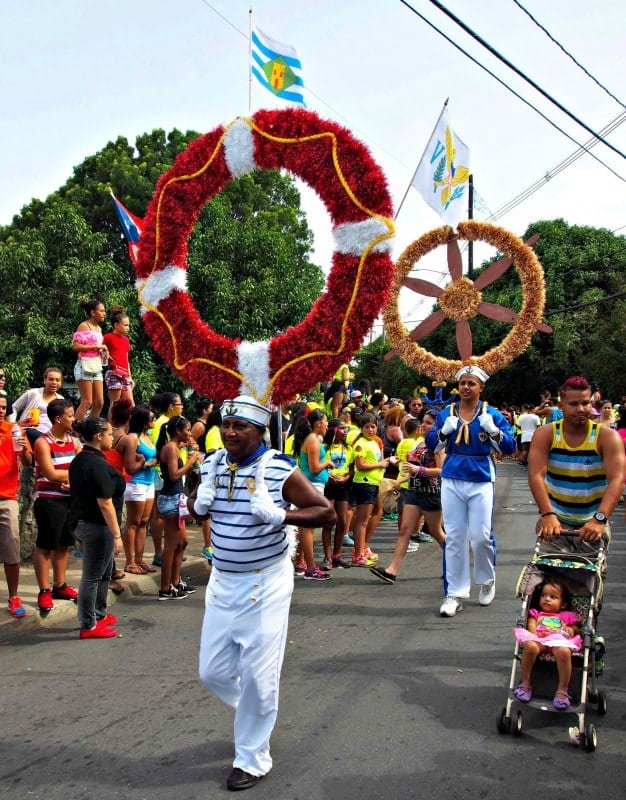 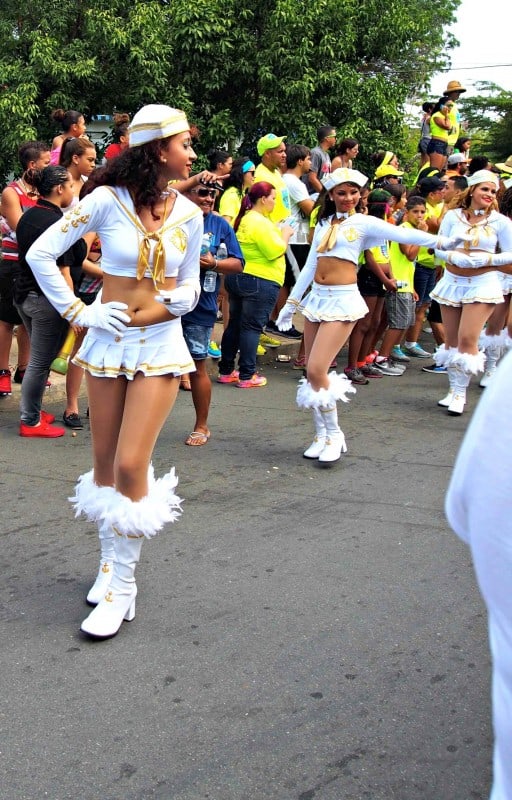 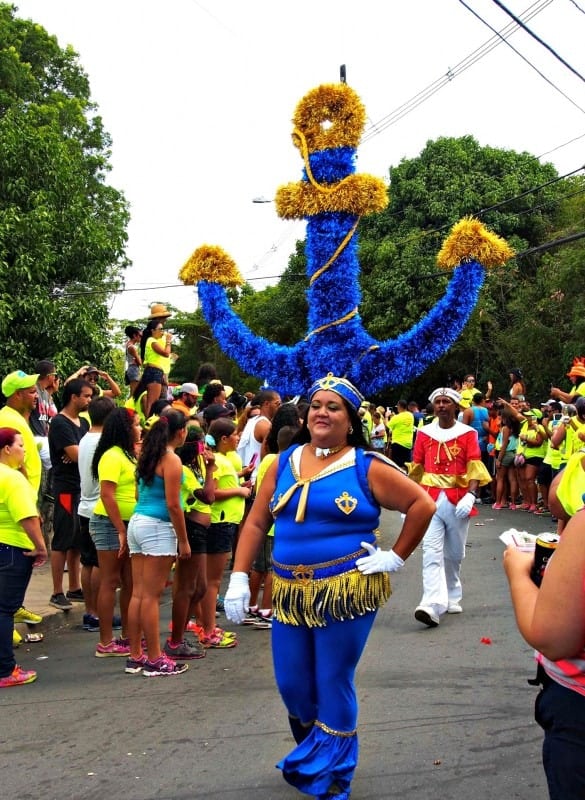 The parade (and party) weaves its way through town ending in the plaza, where the party vibe continues to mount, as does the congestion in the streets as we reach a human bottleneck. 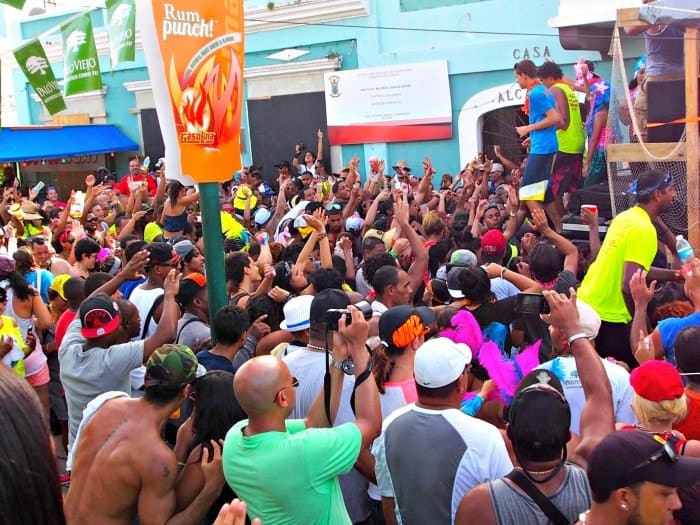 And aside from a few inevitable wardrobe malfunctions, the party continued well into the next morning. And this little community knows how to party! 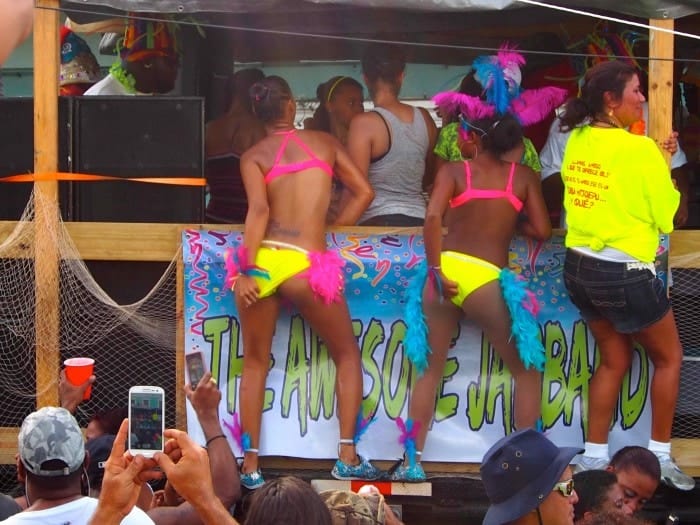 Vieques is an island municipality of Puerto Rico in the northeastern Caribbean. Vieques is approx. 1 hr by ferry from Fajardo in Puerto Rico or flights are available from both San Juan and Fajardo. Fiestas Patronales happens each year, usually in the 3rd week of July.