There is something evocatively appealing about experiencing two intrinsically different cultures with such ease as is the case on the Cyprus border.

Cyprus is so much more than a lazy beach destination. Visiting the capital may not be on the top of the “To Do” list for many of the island’s visitors.

However, those who do peel themselves off the sun lounge will be rewarded with a fascinating city in the midst of a renaissance.

Cyprus has a rich, multilayered history and culture.  Nowhere is this more apparent than the capital Nicosia.

The Green Line in Nicosia

In Nicosia, Greek and Turkish societies share a walled city divided by the infamous Green Line. There have been many divided places throughout history but Nicosia remains the only divided capital in the world.

Established after the Turkish invasion of Cyprus in 1974, the Green Line, a no man’s land, dividing north and south, cuts a line through the historic centre. An old city enclosed by walls erected by the Venetians in the 16th century.

On either side of the border within the walled city, lovely medieval streets end abruptly with blockades of barbed wire, sandbags and gun emplacements.

The buffer zone, a strip of no more than 30 meters,  is inhabited only by the UN peacekeeping force. Access to this intermediate territory is strictly prohibited.

Checkpoints on the Green Line in Nicosia

Since 2003, as a peace measure to aid unification talks, some checkpoints have opened to allow for free movement of Greek and Turkish Cypriots as well as visitors to the island.

To date, five checkpoints have been opened across the island. Two of these are in the city of Nicosia enabling a quick visit, via passport control to “the other side”.

Crossing the border in Cyprus, from south to north is a fascinating exercise, especially in Nicosia. While the landscape and architecture do not vary all that much, there is an instant awareness of being in a vastly different culture.

We took a half-day walking tour of Nicosia which included both north and south of the walled city with ample time to look around on our own.

We found having a guide invaluable in understanding the history of Cyprus and the situation in the divided country as it stands today.

Things to do South of The Nicosia Border

The Republic of Cyprus has a strong Greek influence. We have often referred to Cyprus as a diluted Greece.

Cyprus has been invaded, conquered and changed Rulers so many times throughout history; it is not surprising that influences from other cultures shine through. What better culture than Greek to have as your dominant flavour.

With a shift towards a peaceful unification on the horizon, the southern or “Greek” side of the old city is being revitalised.

Regeneration projects including a world-class art gallery, a succession of new restaurants, cultural and arts venues, hip boutiques and a cool cafe scene are transforming Nicosia into a very intriguing city.

Things to do in South Nicosia

The appeal of the southern side of Nicosia lies mostly in exploring the narrow lanes lined with quaint tavernas and traditional Cypriot lace stalls. Or, immerse yourself in the emerging arts scene.

Take a walk along the Green Line and stop at various points for a drink, like at Berlin Wall No2 on Fanerwmenis Str. They not only do great souvlaki, but the very casual and popular eating place abuts the demilitarized zone.

From here you will see a steady stream of soldiers passing through. An ideal location to appreciate the contrast of the relaxed ambience of Mediterranean streets set against barb wire blockades.

New bars and cafes are starting to take up residence in many of the abandoned shops along the outer walls of the Green Line. South Nicosia is a city optimistic about an end to a divided Cyprus.

There are some magnificent Orthodox churches worth visiting such as the Faneromenis Church in Faneromenis Square. Outside of church times, the square used to be a somewhat seedy hangout mostly avoided by decent folk. Now, it is new the heart of the old city.

A gentrified melting pot of people. A place where students, hipsters, well-heeled ladies and the elderly come to enjoy the open city space. The square is the place to park up at a cafe and watch the world go by.

There are two border crossing points in Nicosia. All in all, depending on the length of the lines at the immigration points, crossing the border is a relatively straightforward process that seems to be becoming more relaxed as unification talks progress.

The Ledra Palace border crossing just outside the walled city to the west. This checkpoint allows for pedestrian and vehicle traffic.

The Ledra Street border crossing is a pedestrian-only crossing in the centre of the city. There are immigration points to be cleared on both sides of the Green Line so that you will require your passport or ID card for EU citizens.

Passport Requirements for Crossing the Border in Cyprus

Your passport will not be stamped. Usually, you will be issued with a stamped piece of paper with your passport details and date of entry. However, we found at the Ledra Str. Crossing, even this practice seems to have been relaxed.

If you are crossing from north to south, it would be wise to check any visa requirements for entering the EU. These are, after all, two different countries on the same island.

Once across the Green Line, you are in Turkey. For a few streets close to the checkpoint you will find cafes, shops etc. trading in Euro but this quickly diminishes, and Turkish Lira is required for any transactions past this tourist strip.

North of The Nicosia Border

The differences in the divided city become glaringly apparent as soon as you are clear of The Green Line. Churches are replaced with mosques and the writing on signs is different.

Those who have visited Turkey will quickly recognise the Turkish influences on the streets, in the medina style stalls and kebab houses. Just as the Greek influence south of the border is also very apparent.

Perhaps this will come with improved freedom of movement, and with access to retail and trade from the south. A luxury previously not allowed under the trade embargos imposed on Northern Cyprus. Although there are still reasonably strict import duties imposed for those wishing to indulge in any retail therapy south of the line.

Things to do in Northern Nicosia

Where the Greek Cypriot side promises an appealing nighttime atmosphere, the north lends itself to daytime exploration. And while the southern side oozes character and charm, the North offers more attractions within their half of the walled city.

Visit the Beautiful Mosques of Nicosia

There are some beautiful mosques and churches in North Nicosia. The Selimiye Mosque is the cities most prominent landmark, visible from both sides.

Part mosque, part French Gothic church, this building has a fascinating history. The mosque is still a place of worship but can be visited daily outside of prayer times.

The Bedesten, meaning “covered market” dates back to the 6th century. Formerly a small Byzantine church, then a grandly embellished Catholic church and even a covered market during the Ottoman period.

This fascinating building has recently undergone extensive renovation and has been recognised with the Europa Nostra Award for cultural heritage.

The Historical Houses of Samanbahçe

The historical houses of Samanbahçe are one of the first council housing projects undertaken by the Ottomans and the Turks in the 19th century to meet the demands of social housing within the walled city.

The estate was built on agricultural land used for growing fruits and vegetables known as “The Gardens of Saban Pasha”. In the centre, there was a water fountain built from yellow stone to provide the residents with water. The Samanbahçe area is still home to some 72 residents.

There are three gates in the Venetian walls of the old city. The Famagusta gate to the east, The Paphos Gate to the west and The Kyrenia Gate to the north. Also known as the “Del Providetore Gate,” it was considered the most important entry-exit point to the city.

Restored by the Turks in 1821 with the addition of a domed room on top for the guards, the panel above the gate bears verses from the Koran praising Allah as the “Opener of Gates”. The gates would open and close with the morning and night call to prayer. The gate now serves as a tourist office.

In the 14th century what is now The Buyuk Hamam stood the church of St George the Latins. Like so many buildings in Europe, the Ottomans repurposed the church into something more useful. In this case a Turkish Bath House.

The entry, with the original church door, lies several feet below the street giving a lovely close up view of the ornate carvings.

The bathhouse is still operational so treat yourself to a traditional Turkish experience for a fraction of the cost of a spa treatment. Just check opening hours.

The bath is closed on Monday as are most of the museums. There are also designated bathing times for men, women and open tourist bathing.

The Büyük Han (The Great Inn)

Head to the Büyük Han (Great Inn) to experience an excellent example of a 16th-century Caravanserai, a place where travellers and traders during the Ottoman period could find accommodation and stable their horses.

The central courtyard was used to socialise and trade goods with fellow travellers. Restored in the 90’s it is again the centre of the Old City, bustling with traditional craft studios, medina style stalls and cafes.

There are many more sights to see in this northern part of the small city. The Venetian column, the Kumarcilar Han (Gamblers’ Inn), the Mevlevi Shrine Museum, The undercover Bazaar, and the Dervish Pasha Museum to name a few.

As mentioned, while the city south of the Green Line oozes, charm and atmosphere, the north is loaded with places to visit.

Nicosia offers a wonderful and rare opportunity to visit two countries within one walled city.  Even if unification talks do return the country to a united Cyprus and the Green Line eventually comes down, Nicosia’s walled city will long be a contrast of cultures.

Plan Your Trip to Cyprus 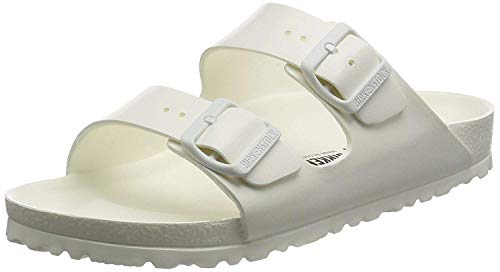 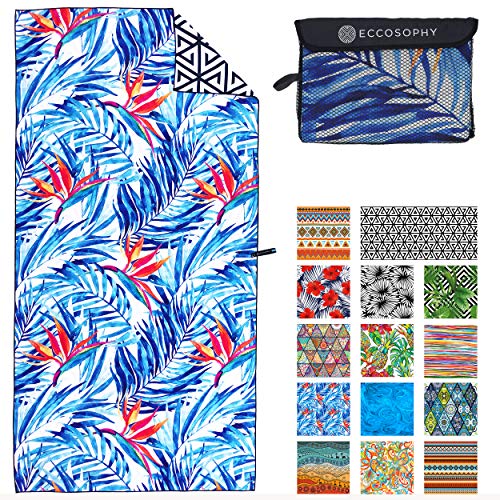 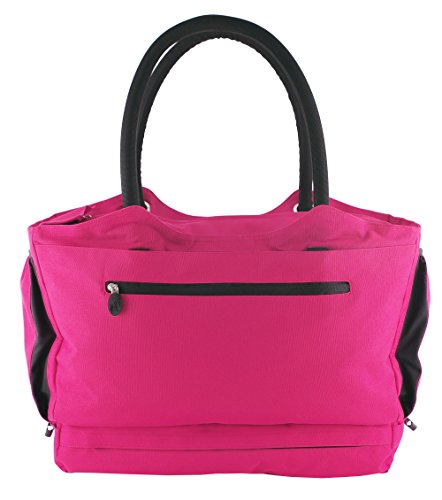 Cyprus is best in the spring and autumn months. If planning to be in Cyprus in the summer, try to avoid the hottest months of July and August when temperatures are very high.

Although the island experiences mild winters, it can be quite cool during the peak winter months. You can find out more about the best things to do in Cyprus beyond Nicosia here.

Depending on the type of Cyprus trip you have planned will determine where you will stay. We recommend moving around if you have the time as there are many different experiences to be had around the island from Paphos to Larnaca to Ayia Napa.

Unless you are planning to plonk yourself on a sun lounge and not do much else, a car is almost essential for seeing the best of Cyprus.

Discover Cars has great deals on car rentals in Cyprus. A compact vehicle is more than sufficient for getting around the island. Compare local car rental deals here with no fees and free cancellation.

Discover More of Cyprus – What to See. What to Do.