Have you ever wondered when the best time of year to visit Norway is? Well, the answer is; anytime is the best time to go to Norway.

Lonely Planet describes Norway as “a once-in-a-lifetime destination. One of the most beautiful countries on earth”.

With an extraordinarily rugged landscape, Norway is one of the most mountainous countries in Europe. Deep fjords of unimaginable beauty, rocky coastal islands, crystal waterfalls and lakes, glaciers and of course the magic and beauty of the Arctic. It is no wonder the outdoors is Norway’s biggest attraction.

However, Norway also boasts some of the most beautiful and exciting cities in the world and some of the prettiest villages in Europe. As there is no particular best time to visit Europe, Norway also has something to offer any time of year. To help you plan your Norway travel itinerary, we have put together some of the best things to see and do throughout the year.

Norway’s most iconic attraction is strikingly steep mountainsides rising from the crystal blue water. A cruise along the breathtaking narrow inlets of Norway’s fjords is one of the top things to do in Norway. It is the quintessential Norway experience.

Seen from water-level is the best way to appreciate the dramatic panorama of the landscape and late spring, summer is the best time to cruise the fjords. You can take a short cruise of up to a few hours or as long as a few weeks following Norway’s coastline. Or, for a different approach, hire a kayak to appreciate the enormity of the striking landscape. 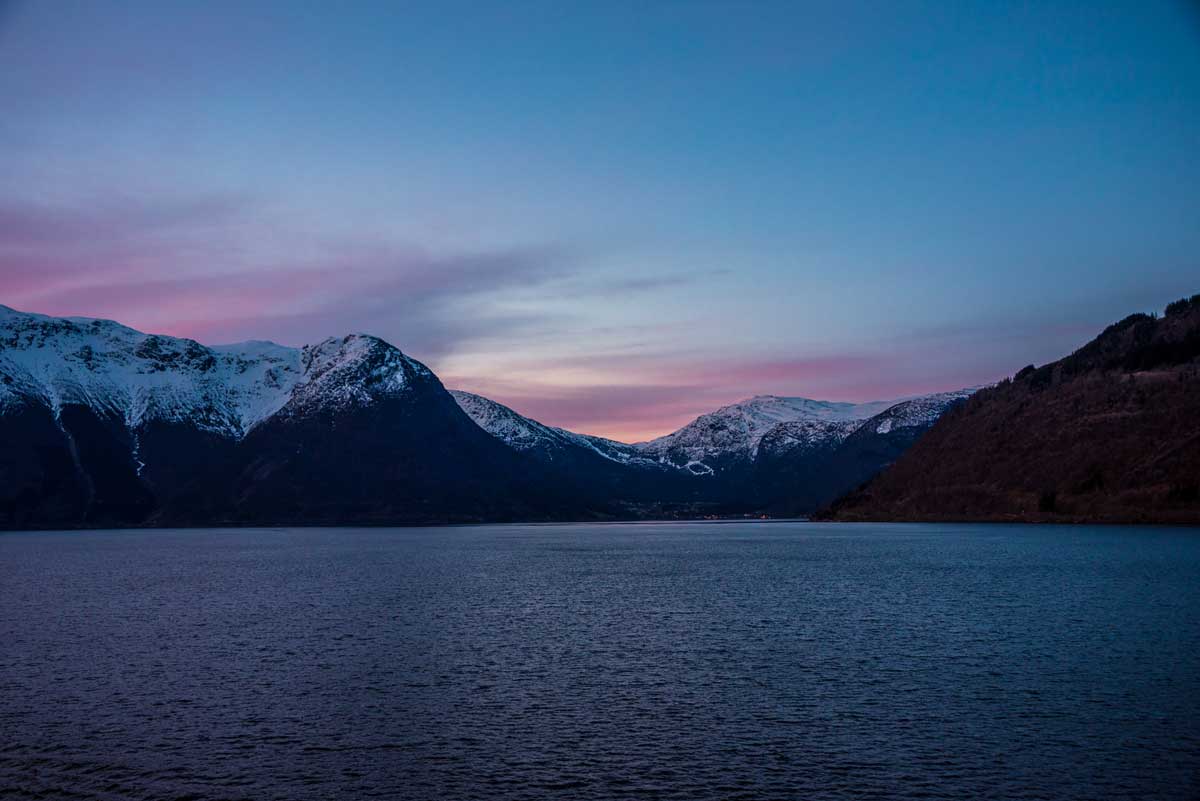 With so much spectacular scenery, it is no surprise that train travel in Norway is much more than just getting from A to B. Two of the most popular train routes in Norway are the Oslo to Bergen Railway and the Flåm Railway.

The Bergen Railway line is considered one of the most beautiful train journeys in the world. The scenic route takes you across one of Europe’s most magnificent mountain planes. Passing through the beautiful forests of southern Norway, it climbs to the Hardangervidda Plateau and then continues through the countryside around Voss and on into Bergen.

There are four scheduled services per day from Bergen and Oslo. The entire trip from Oslo takes about seven hours. It is possible to take an overnight service from Oslo to Bergen, but we feel this would be a terrible waste of such a scenic train route. A journey that is equally stunning in winter as it is in summer.

The Flåm Railway or Flåmsbana is one of the most beautiful and iconic train rides in the world and one of the best things to do in Norway. The entire journey from Myrdal to Flåm covers only about 20 kilometres and takes less than an hour but it breathtaking none the less. The short journey packs in some of Norway’s best landscapes. The line is one of the steepest in the world with an elevation of over 850 metres.

Following a narrow valley passing through no less than 20 twisting tunnels, you’ll pass magnificent waterfalls, dramatic mountain peaks and colourful farming villages typical of the region. It is the stuff of postcards. Along the line, the train stops at the Kjosfossen waterfall to enable the passengers to get out for a photo opportunity.

The Flåm railway is open year-round so can be experienced in any season. 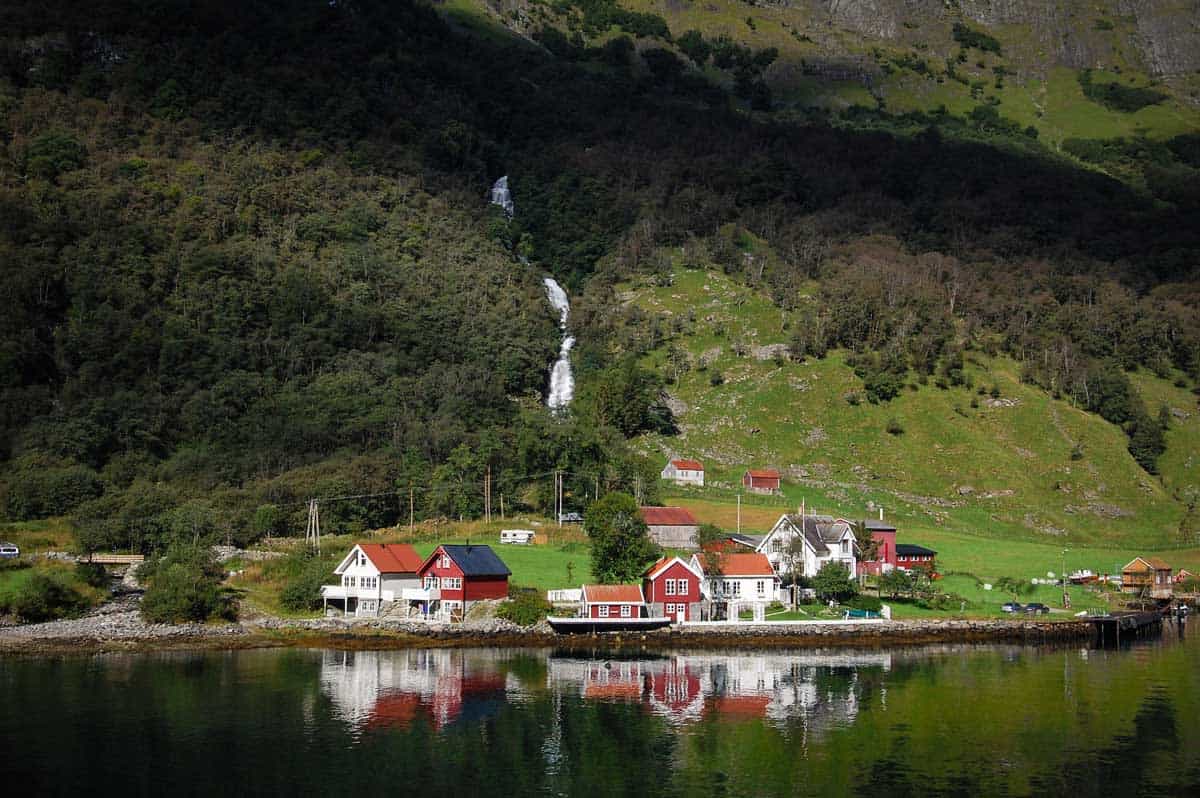 There is no doubt, Oslo is a thriving cosmopolitan centre of culture. Norway’s capital has reinvented itself to sit alongside Stockholm and Copenhagen as one of  Scandinavia’s most happening cities. Bursting with world-class museums, innovative architecture and city design, and an exciting and thriving culinary scene, Oslo delivers in spades when it comes to contemporary cultural offerings.

There are also unlimited opportunities for outdoor adventure thanks to its location at the end of the Oslofjord. Densely forested mountains, calm, clear waters and dozens of beautiful islands offer many activities on and off the water. From summer hiking or kayaking to cross-country skiing in the winter. 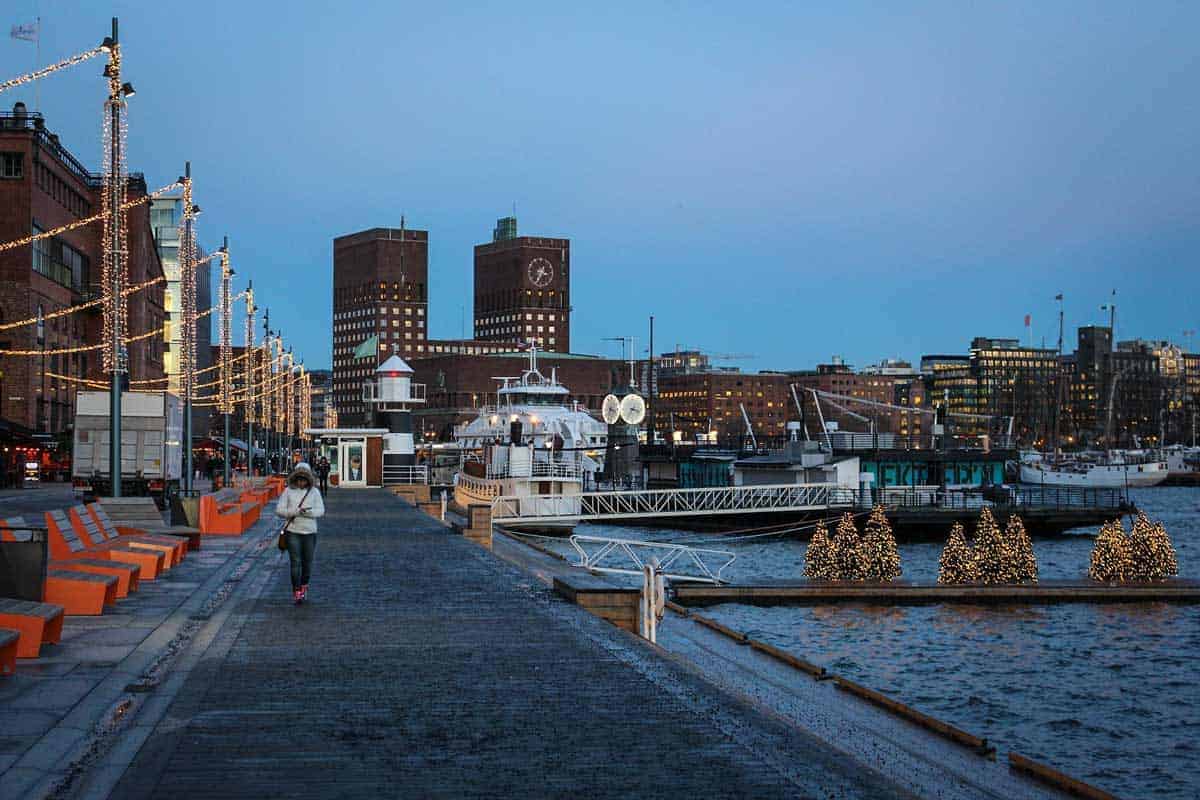 Norway’s second-largest and possibly prettiest city, a city with deep Viking roots. Nestled amongst a beautiful coastal landscape of mountains, glaciers and fjords, Bergen is touted as being one of the most beautiful cities in Europe – A claim that would be hard to deny.

Bergen is the gateway to the western fjords, but that’s not where its popularity ends. There is so much to do in Bergen yet, the overall small-town charm combined with the UNESCO-listed old wharf known as Bryggen is reason enough on its own to visit.

Even with all that beauty and charm, Bergen does have a downside. It is one of Europe’s wettest cities with an average of 260 rainy days a year. But don’t let that deter you. There is still plenty to do in this beautiful city any time of year.

If you get lucky as we did with some exceptionally sunny spring weather, head to the outdoor cafes along the historic waterfront. They will no doubt be brimming with locals. Here you can partake in the Norwegian rite of “Utepsils”, the ritual of the first beer drunk outside for the season. Yes, there’s a word for that!

Get an Insiders Scoop on Living in Norway 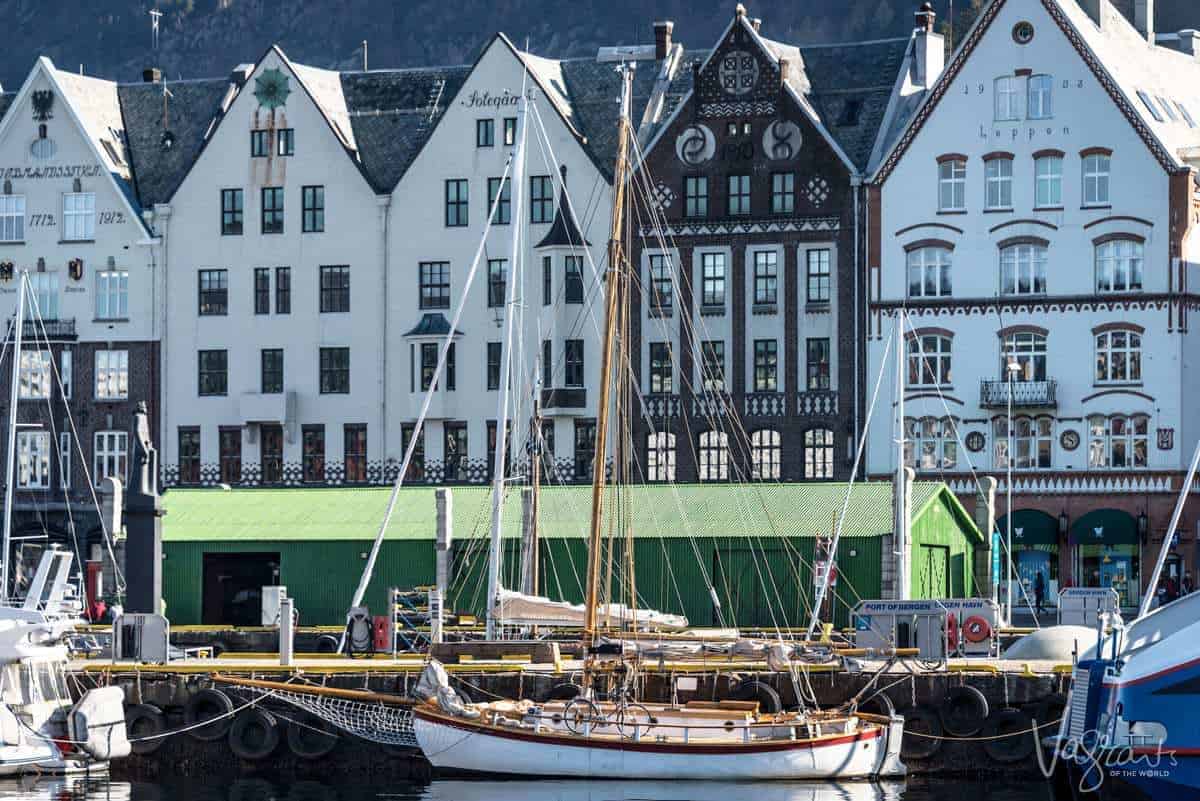 The southern port town of Stavanger is beautiful and fascinating. Famed for having the highest concentration of 17th and 18th-century wooden buildings in Europe, it is also the heart of Norway’s lucrative offshore oil industry and home to the award-winning Norwegian Petroleum Museum. A fascinating insight into Norway’s most valuable industry, the history and great danger involved to extract this precious fuel even with today’s modern technology.

While industry and history are at the town’s core, Stavanger is also modern and stylish in its own right. Contemporary boutiques and cafes create a colourful atmosphere throughout the Old Town while an abundance of fancy restaurants and bars are indicative of a lively social scene in the port town. 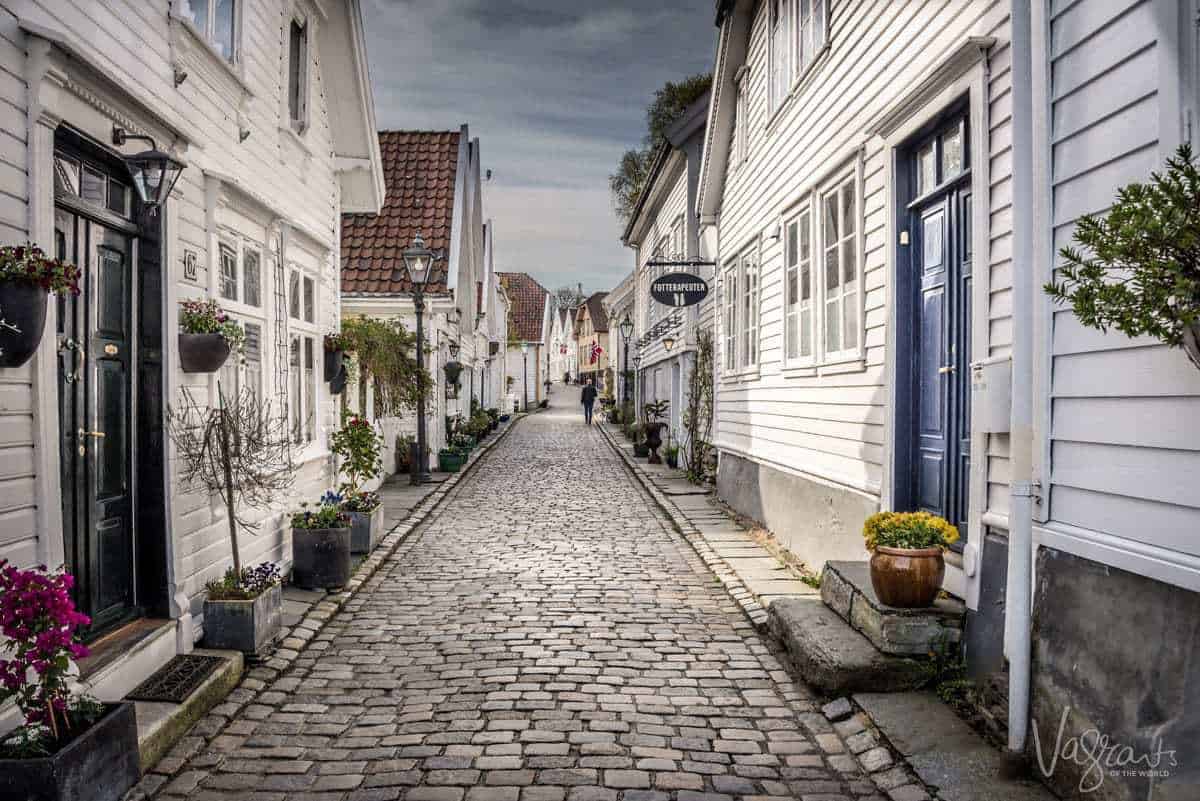 Go Beyond the Arctic Circle

Tromsø is one of Norway’s most notable and significant cities. As the Arctic capital, it is a city that holds a number of northernmost records.

Once a little-used harbour, Tromsø is now a thriving city, the cultural and social capital of Norway’s remote far north. Nearly 400km’s north of the Arctic circle, Tromsø boasts the northernmost cathedral, brewery and botanic garden. It also has the northernmost university which lends to the towns vibrant nightlife. Tromsø has more clubs and pubs per capita than in any other Norwegian town. It is also a great place to sample exciting Arctic culinary specialities like reindeer.

In summer, Tromsø revels in round-the-clock, 24-hour daylight activity. In the winter; it is a famed viewing point for magical Northern Lights. 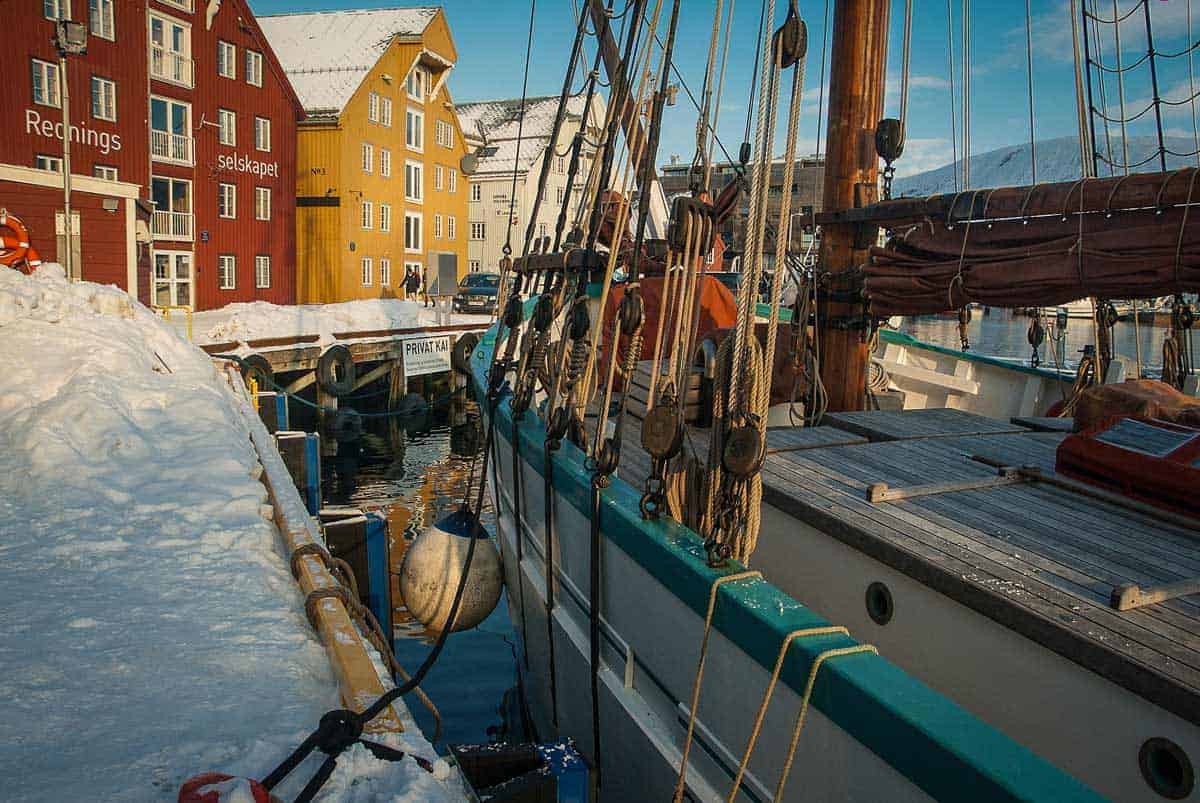 Winter in Norway also brings with it long nights and a mysterious beauty; the Northern Lights, the Aurora Borealis. To see an aurora is one of the most beautiful and mystical celestial displays one can witness. Nature’s most spectacular light show.

Having been fortunate to witness first hand the magic of the southern lights in Antarctica, the Aurora Australis, we yearned to see the Southern Aurora’s northern counterpart during mid-winter.  A phenomenon unique to the furthest ends of the earth.

In Norse mythology, the aurora’s were believed to be the reflections of Valkyrie armour while the Vikings saw them as a bridge between heaven and earth. 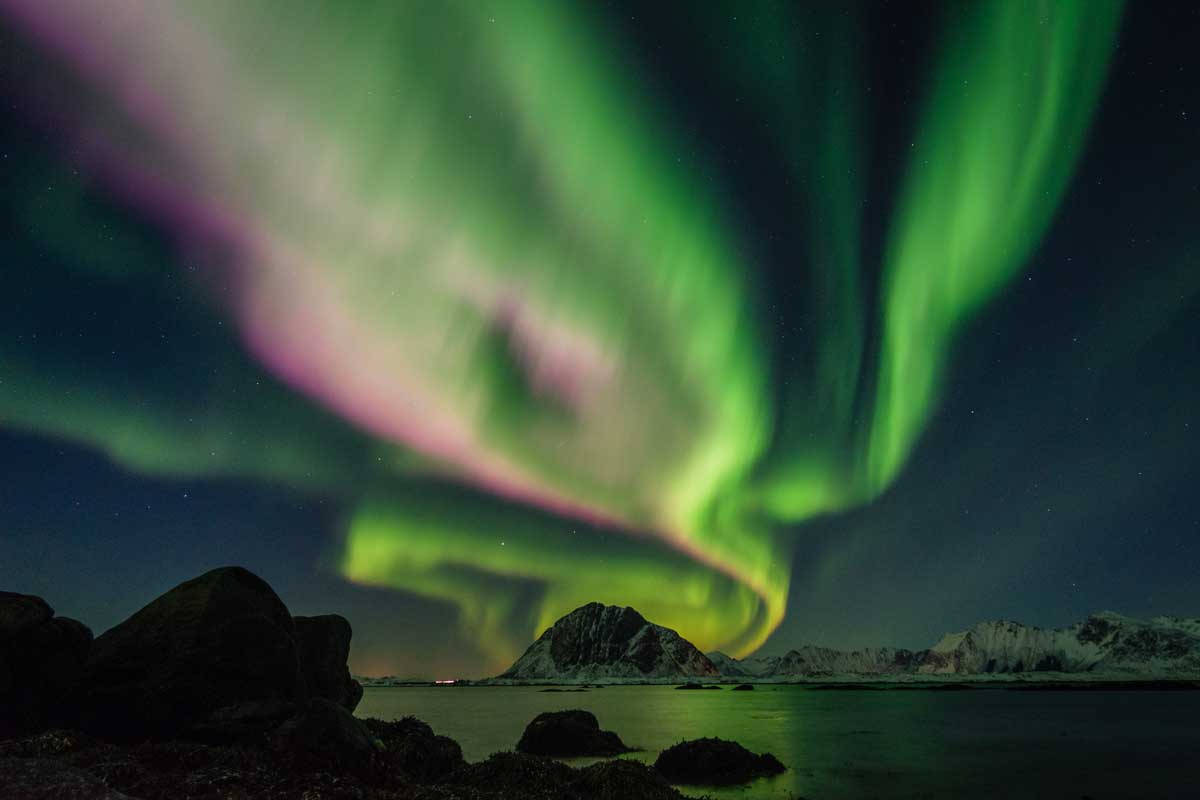 On the other side of the scale, visit Norway between May and June, and you can languish in endless days of sunshine. During this time of year, around the time of the summer solstice, the sun barely sets in the Arctic Circle. This is the time of the Midnight Sun. A phenomenon known in Russia as the White Nights.

Depending on where you are in Norway will depend on how much sun you get. You may have a few days without complete darkness, merely a dusk. Or, further north, you could go months without the sun ever setting.

The long days naturally make summer one of the best times of year to visit Norway. There’s loads of time to enjoy Norway’s endless outdoor activities and the opportunity to make seemingly normal activities unique. Take a midnight hike, or go kayaking under the midnight sun, either way, It’s the time of year to get out and have fun in Norway. 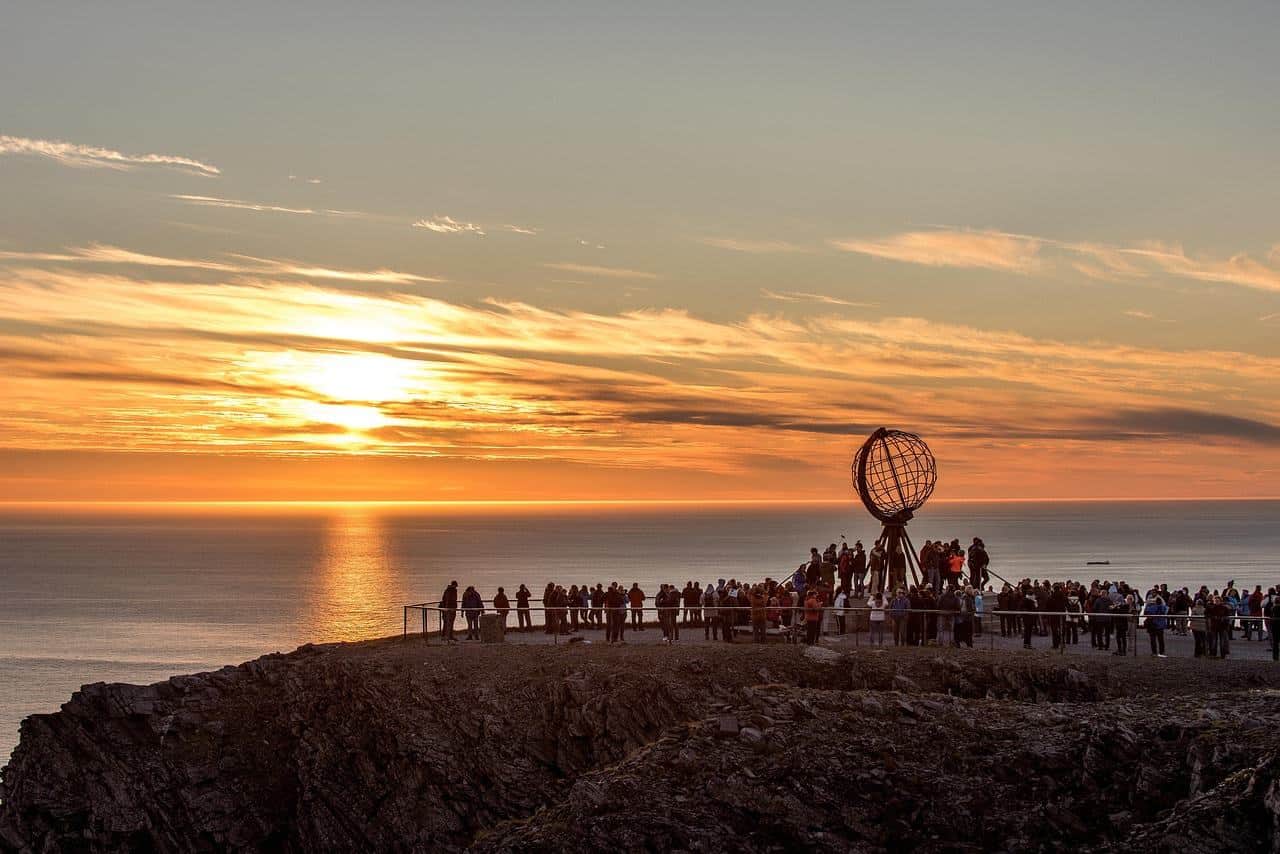 Glaciers are an incredible sight, and Norway has around 1,600 of them. The most famous and largest in continental Europe is the Jostedal Glacier.
Tracing pathways through the beautiful Sognefjord in western Norway, you’ll find 50 glacier arms, so there are plenty of opportunities to explore these continually changing landscapes. Hiking on blue ice is one of the most exhilarating experiences you can have. A landscape created over thousands of years, one that is continually changing.

Nigardsbreen glacier is the most popular as it is considered to have the best glacier walks and is the most easily accessible glacier in Norway, only 6 km from the centre of Jostedalen.
You can do beginner 2 hour guided walks to try your hand at blue ice walking, or you can do advanced half day hikes. If hiking on blue ice is not your thing; try kayaking on remote glacier lakes on the east side of the Jostedalbreen. The best time for glacier hiking in Norway is May through September. 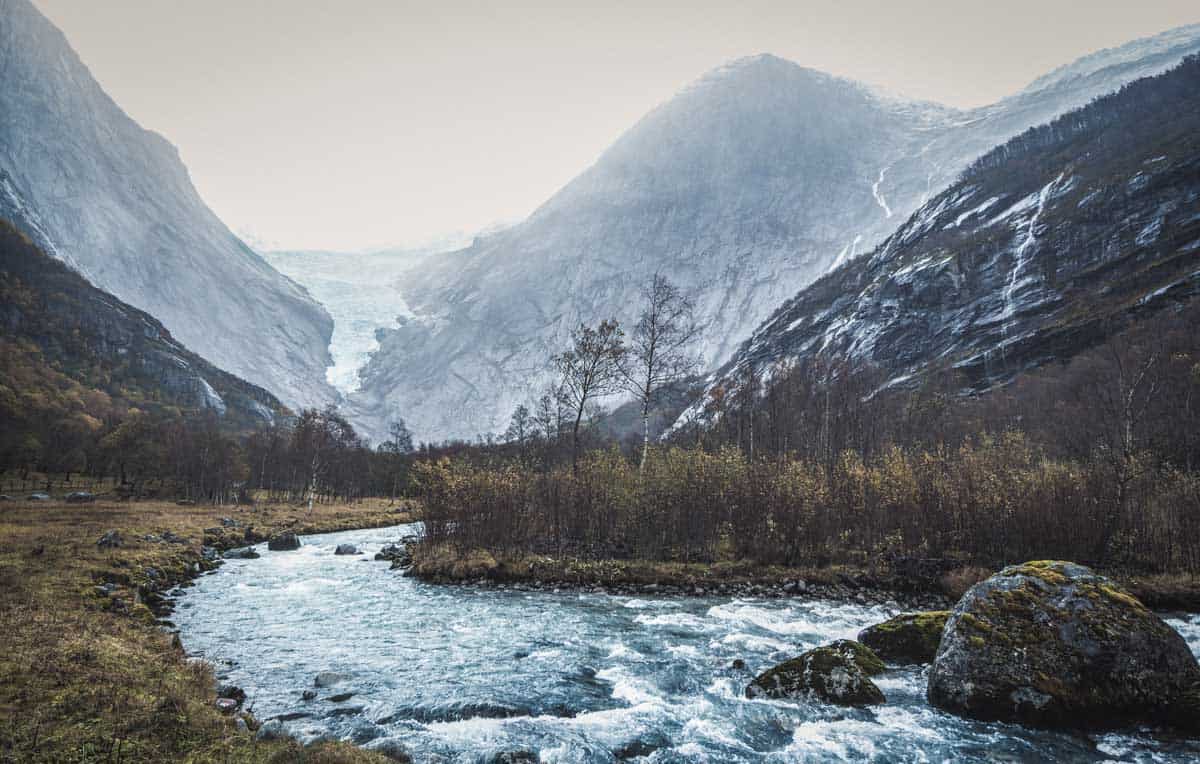 Norway has so much to offer. Whether it’s the great outdoors, or city life and culture you are looking for, there is always a good reason to visit Norway any time of year. After all, Norway is a “once in a lifetime destination”.