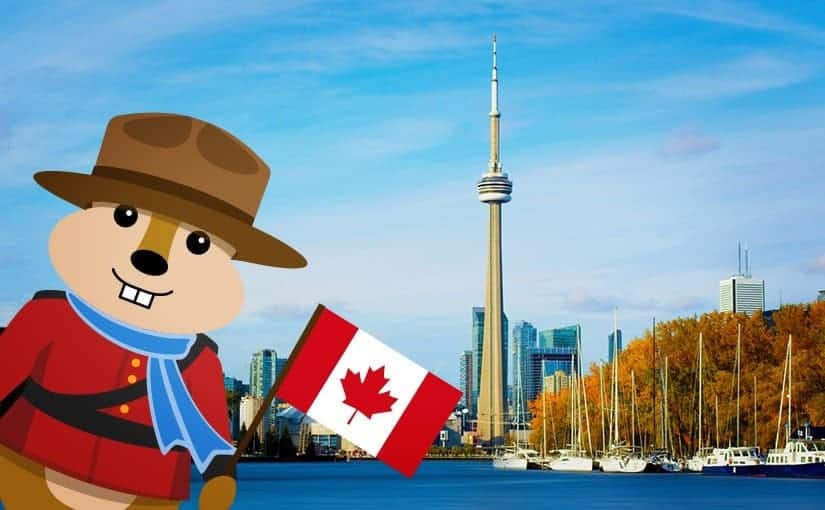 This post was originally published on Hipmunk’s Tailwind Blog on March 3, 2016 by TheHipmunk.

From the famed ski slopes of Whistler to the roaring majesty of Niagara Falls, some the world’s greatest travel destinations are just north of the border, in Canada.

With an overload of Canada travel options, which of these destinations are most popular among travelers? Hipmunk analyzed its travel data from 2015 to find out.

The 25 cities below make up 80 percent of all hotel accommodations in Canada. We also included their average hotel and Airbnb booking prices, as well as average airfare (if flying from the US or within Canada) to each city. Note: all prices are in US dollars.

Here’s how they ranked:

Straddling the border between New York and Canada, Niagara Falls takes the cake as the most popular Canadian city for tourists. The city’s world-famous waterfalls — which flow at a rate of six million cubic feet of water per minute — attract some 12 million visitors every year and commands 16 percent of all Canada city searches on Hipmunk. Just north of Niagara Falls, Toronto closely trails in second, garnering nearly 15 percent of total Canada hotel search volume.

At an average of $194 per night, Whistler has the most expensive hotels of any Canadian tourist destination. Following closely are Mont-Tremblant ($177) and Banff ($172). Each of these destinations is known for its ski slopes in the winter and hiking in the summer.

It’s important to note that these hotel prices can vary tremendously depending on the season. As a general rule, most cities are more affordable during winter months (when it’s very cold) than in the summer months, when the weather is more amenable. Below, we’ve broken down these hotel prices by season.

Ski resorts seem to be a notable exception to this rule. In Whistler, for example, hotels are nearly $100 more per night during the winter than in the summer!

Over course, if you’re planning to visit any of these locations, hotels won’t be your only cost: you’ll have to fly there as well. Typically, flights into most major airports in these regions range between $350 and $420.

In general, flights to Canada’s easternmost popular cities seem to be a bit more expensive than those on the western coast. Like hotel rates, flight prices are seasonal: in the warm summer months, flights cost slightly in the summer than they do in the winter.

Now that we have laid out hotel and flight costs, let’s compile this into one handy total expense chart. For the purpose of this calculation, let’s assume the trip is for two people (two flights) who are sharing one hotel room for three nights.

Whistler comes out on top again. With $194 per night average hotel rooms, and flights that average $372, Canada’s premier ski destination is not particularly cheap. It’s a wonderful city to visit year-round, and its prices reflect that.

Cities that experience more brutal winters (Winnipeg, Edmonton, Calgary) seem to be on the cheaper end (though this rule doesn’t hold 100 percent true).

Last, just in case you’re interested in finding the best deal for any city on this list, we’ve broken down these prices by month. Let’s take a look at the median hotel price and median flight price into each of these cities throughout all of 2015. Are there any opportunities to save money by going during “almost” peak season?

Below, we’ve listed the price of  a flight plus three nights in a hotel room by month. We’ve highlighted some of the months that are almost at peak season where you can get an especially good deal.

*Not enough monthly data to determine Montcon or Windsor .

And so travelers, now you have all the data you need to find a great deal on practicing your French skills in Montreal, hiking in Whistler, or carving fresh powder in Banff. Happy travels!

Methodology: Hipmunk analyzed its daily median booking prices for Canadian hotels, Airbnbs, and airfare (arriving to Canada from the US or within Canada) in 2015 to determine average prices.

This post is part of the Hipmunk’s Hotel series.

Into The Wild. Visit The Danube Delta Romania
Next Post: Leave Your Daily Hell’s: Charming Hotels in the Deep South

Welcome To Vagrants Of The World Travel

Inspiration and ideas for lovers of travel, through slow travel, iconic journeys, and boutique holiday experiences.